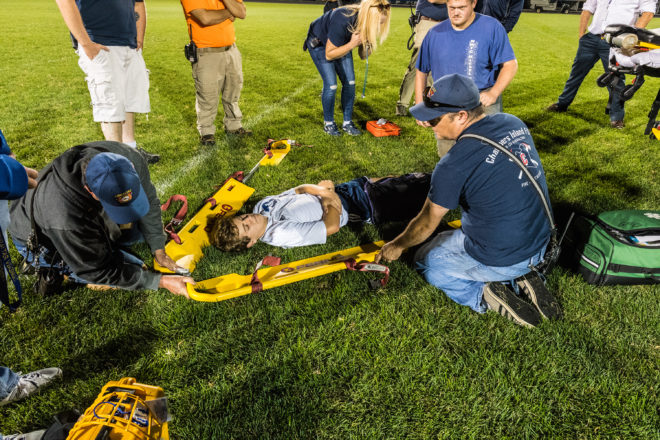 Weitman, a physician/pediatrician who serves as a first responder with the Gibraltar Fire Department, came up with the idea to conduct an athletic injury training session as one of the regular monthly training sessions the department conducts.

“I think it was great, and I could easily see expanding this to other areas in the county, maybe Sevastopol and Southern Door,” he said. 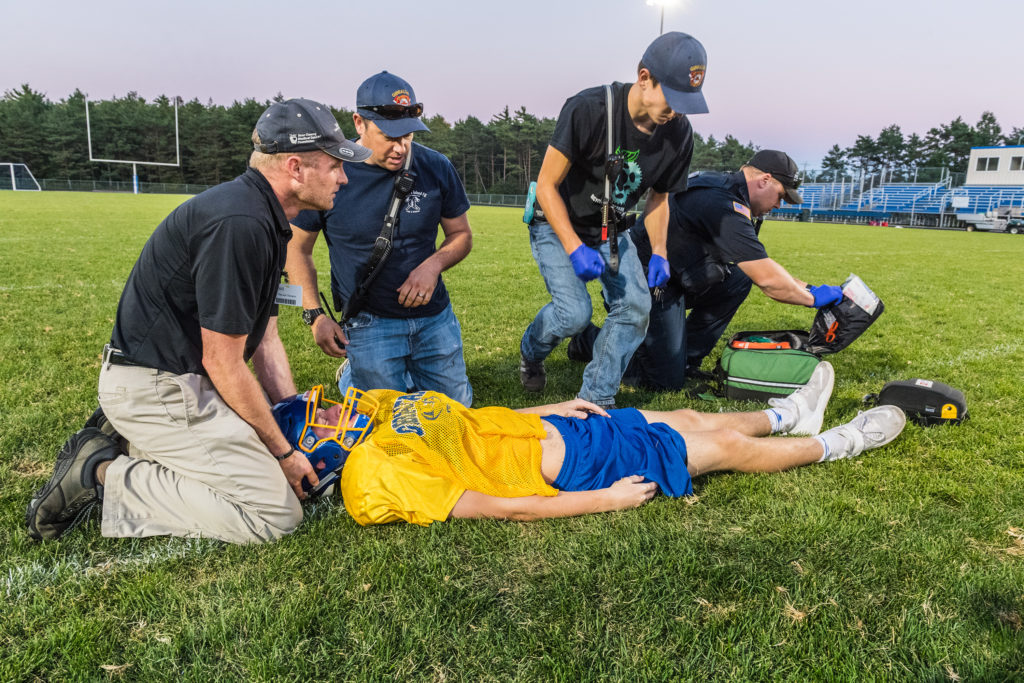 In the first scenario, a football player is knocked unconscious. In the second, a soccer player suffered a severely broken leg, and in the final drill, a diabetic football player took too much insulin and is developing hypoglycemia.

Weitman said the exercise brought together the Gibraltar Fire and Rescue personnel, the Sister Bay ambulance team, Door County Medical Center athletic trainers, as well as school personnel and coaches so everyone would know their role should an incident occur.

“The real key to this whole training session is how to integrate all these different services together, when they haven’t worked that much together,” Weitman said.