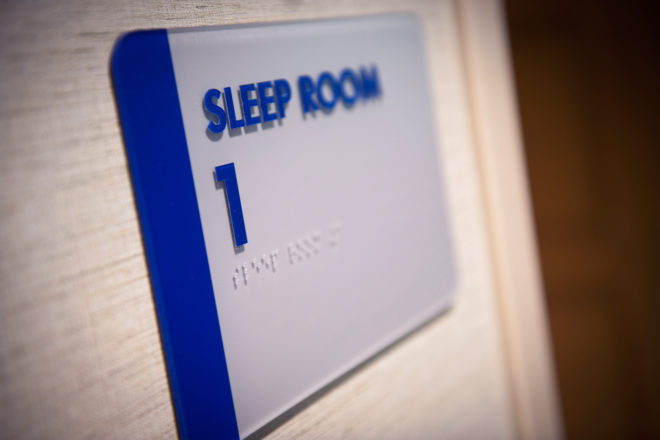 Why we don’t get the sleep we need

It’s the mantra echoed by those who feel they can’t afford the luxury of a good night’s sleep when facing a seemingly never-ending list of tasks and obligations. Or can they? Or better yet, should they?

According to the Sleep Foundation, people aged 18-64 need seven to nine hours of sleep each night, and those older than 65 require seven to eight hours. And yet more than a third of all adults report logging fewer than seven hours of Zs on a regular basis.

“Americans tend to skimp on sleep,” said Dr. Richard Hogan, medical director of the Sleep Disorders Facility at Door County Medical Center. What people tend to not realize, Hogan explained, is how busy our bodies actually are when we do sleep.

“It’s not simply a time of rest so you feel good during the day,” Hogan said. “That’s part of it, but there is processing of information we learn during our day. Your brain is changing, organizing.”

Not only does our chronic sleep deficit prevent our brains from functioning properly and leave our bodies feeling tired during the day, but there is also evidence that slacking on sleep may lead to a host of other health issues.

But sometimes an underlying health condition such as sleep apnea causes poor-quality sleep. According to the American Sleep Apnea Association, an estimated 22 million Americans suffer from this condition, with 80% of moderate and severe obstructive sleep apnea cases going undiagnosed.

“The more you look for it, the more you find it,” Hogan said. “The typical patient is the patient who is dozing off during the day when they are reading or watching TV. Or the person who is having to pull off the highway because they’re so sleepy while driving.”

Loud or chronic snoring, a lapse in breathing during sleep, not feeling rested in the morning: “Those are the classic symptoms,” Hogan said. But other symptoms may fly under the radar: Morning headaches, irritability, limited attention span or “brain fog,” or even a sore throat or dry mouth in the morning can be potential warning signs of sleep apnea.

“Some people aren’t as sleepy as they are tired,” Hogan said, “but you test them, and they have sleep apnea.”
There are three types of sleep apnea, each with its own distinct set of symptoms. Obstructive Sleep Apnea (OSA) happens when the airway at the back of the throat is partially blocked. Central Sleep Apnea (CSA) is linked to the brain and occurs when there is a glitch in the message your brain sends to the muscles that control your breathing. And then there’s Mixed Sleep Apnea, when a person experiences symptoms of OSA and CSA at the same time.

Because the underlying causes are distinct, there are important differences in the symptoms, causes and treatments of OSA, CSA and Mixed Sleep Apnea.

“We have the ability here at the facility to provide people with a free apnea testing device,” Hogan said.
During sleep, individuals wear a device that features a cannula that inserts into the nostrils and measures the individual’s airflow, a band placed around the chest that measures respiratory motions and an oximeter that reads the oxygen saturation of a person’s blood.

“It’s simple but can be very helpful in first identifying a problem,” Hogan said.

If a problem is detected, individuals can undergo additional testing and monitoring at the sleep-disorder facility. For some, continuous positive airway pressure therapy (using a CPAP machine during sleep) or bi-level positive airway pressure (using a BiPAP machine) resolves the issue. For others, making lifestyle changes such as losing weight or reducing the use of alcohol and other sedatives can help.

“If I can diagnose moderate or severe apnea, and then resolve it for the person, it can be life changing,” said Hogan, who credits the individualized attention and treatment that he, his colleague Dr. Andrzej Kurek and the rest of the staff offer patients at the facility.

“I have had so many people say after they come to the facility, ‘This has changed my life.’”

Tips for a Better Night’s Sleep

Outside of a medical issue such as sleep apnea that may be interfering with sleep quality, the Centers for Disease Control and Prevention suggests several “good habits” to create a sounder, more restorative slumber and better overall health.

• Set the mood. Invest in some room-darkening or blackout shades or curtains to create an environment that’s dark, quiet and relaxing.

• Keep it cool. Set the thermostat at a slightly cooler temperature in the evening.

• Ditch the distractions. Remove electronic devices such as TVs, computers and phones from the bedroom. In fact, stop using these devices at least 30 minutes before bedtime.

• Curb food and drink. Avoid eating a large meal and drinking caffeine or alcohol shortly before going to sleep. Also reduce your water intake before bed.

• Move more. Make exercise a part of your daily routine because, among other benefits, physical activity during the day can help you sleep better at night.

The number of adults in the U.S. who report having a sleep disorder

The number of Americans who use a CPAP machine while sleeping

The percentage of women who have obstructive sleep apnea

The percentage by which a person’s metabolism drops during sleep

The percentage of single parents who sleep fewer than seven hours per night (compared to 32.7% of adults in two-parent homes and 31% of adults with no children in the home)

How Much Sleep Do We Really Need?

Are you and your family getting enough sleep? Check the chart below to see how your sleep habits measure up.