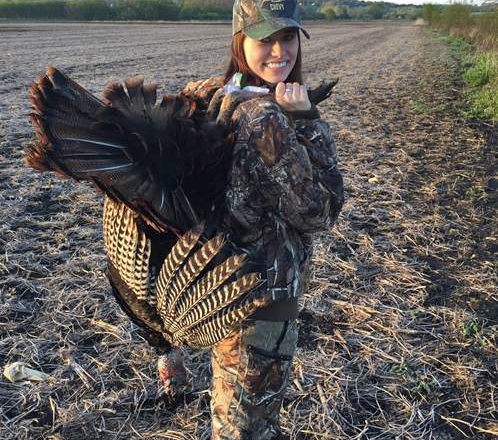 One of many young hunters who harvested a turkey this spring. Photo by Michael Kelenic.

“It was a very successful spring season for turkey hunters, with many positive reports coming in from throughout Wisconsin,” said Wisconsin Department of Natural Resources upland wildlife ecologist Mark Witecha. 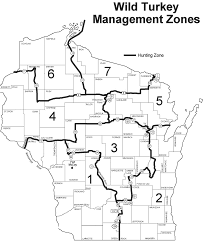 Zone 1 produced the highest overall turkey harvest at 13,862 birds, followed by zones 2 (which includes Door and Kewaunee counties) and 3, where hunters registered 11,083 and 10,348 turkeys respectively. Overall, the statewide success rate was 21.3 percent, compared to 19.7 percent in 2015.

The highest hunter success rate was seen in Zone 2, with a rate of 23 percent, followed by Zone 1 at 22 percent and Zone 4 at 21 percent. Success rates were between 14 percent and 20 percent for the remaining zones.

A key objective of Wisconsin’s Wild Turkey Management Plan is to maximize opportunities for hunters with a minimum amount of interference while ensuring that harvest does not lead to population declines. Biologists in Wisconsin closely monitor harvest, hunter interference rates, and hunter satisfaction along with turkey populations through time, to maintain a successful and enjoyable spring turkey hunt.

A strong spring season indicates a healthy turkey population, which should provide hunters with a strong fall turkey hunt.

For the fall 2016 season, permit levels are expected to be similar to 2015 across the state, including the 4,000 additional permits that were added to Zone 2 in 2015. This adjustment will help meet hunting demand in Zone 2 without harming the long-term stability of this population of birds. Zone 2 typically offers the highest success rates, and harvests have been stable. This adjustment should also translate into more leftover permits being available over the counter.

The fall 2016 wild turkey season runs Sept. 17 to Nov. 18. The deadline to apply for a fall permit through the lottery process is Aug. 1. Applications cost $3 and can be purchased through the Online Licensing Center or at any of the more than 1,100 Go Wild license sales locations.