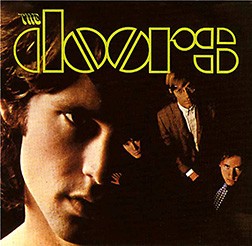 I sometimes like to pull out my 1979 edition of The Rolling Stone Record Guide and check out the musical world viewed at a time when America was just awaking from a long disco coma.

The Guide does not dole out a lot of five star reviews, which means, by its own definition, “Indispensable: a record that must be included in any comprehensive collection.”

The band Sly and the Family Stone has three five-star reviews, for There’s a Riot Goin’ On, Greatest Hits and Stand!

Because they share some great songs, the Guide lumps Greatest Hits and Stand! into one review, saying they both “exuded an optimism that was fitting for the time. ‘Stand,’ ‘Everybody Is a Star’ and ‘Hot Fun in the Summertime’ were as representative of the Woodstock sensibility (and mood) as any 20-minute Grateful Dead jam.”

The reviewer, however, forgets the purely psychedelic aspect of the band by failing to mention “I Want to Take You Higher,” and how the extended version the band played at Woodstock pretty much stole the entire show. More importantly, there is the pure funkiness of Sly Stone, Larry Graham, Freddie Stone, Greg Errico, Cynthia Robinson, Jerry Martini and Rose Stone working together as Sly and the Family Stone. Great band. Timeless music.

That’s why it was nice to learn Stand! was recently among the new batch of 25 inductees into the Library of Congress National Recording Registry.

There’s a Riot Goin’ On is a great record that I listen to regularly, but Stand! is the right choice here. Here’s the stellar track listing: “Stand!”; “Don’t Call Me Nigger, Whitey”; “I Want to Take You Higher”; “Somebody’s Watching You”; “Sing A Simple Song”; “Everyday People”; “Sex Machine”; “You Can Make It If You Try.”

“The resulting record remains one of the most heavily sampled records of all time and was the undisputed high point of this band’s recording legacy,” the Registry says of Stand! 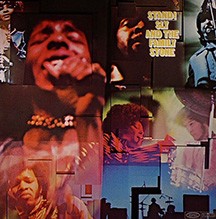 “Stand!” by Sly and the Family Stone

So what does it mean to be part of the 25 inductees added annually to the National Recording Registry?

“First it means they ‘have been recognized for their cultural, artistic and/or historical significance to American society and the nation’s audio legacy.’”

“Congress understood the importance of protecting America’s aural patrimony when it passed the National Recording Preservation Act 15 years ago,” said Librarian of Congress James H. Billington in announcing the 2014 inductees on March 25. “By preserving these recordings, we safeguard the words, sounds and music that embody who we are as a people and a nation.”

Here is some boilerplate that was sent in a press release announcing the inductees: “Under the terms of the National Recording Preservation Act of 2000, the Librarian, with advice from the Library’s National Recording Preservation Board (NRPB), is tasked with annually selecting 25 recordings that are ‘culturally, historically, or aesthetically significant’ and are at least 10 years old. The selections for the 2014 registry bring the total number of recordings on the registry to 425, a small part of the Library’s vast recorded-sound collection of nearly three million items.”

So, with that in mind, here are some of the other culturally, historically or aesthetically significant recordings selected:

The 1967 self-titled debut album by The Doors. The 1979 Record Guide also awards three five-star reviews to The Doors, including L.A. Woman (the final record before lead singer Jim Morrison succumbed to the curse of being a 27-year-old rock star), Strange Days (the band’s second album), and The Doors (the debut record).

The Registry states: “The Doors as a rock group was an unusual assemblage – a jazz keyboardist (Ray Manzarek), a flamenco guitarist (Robby Krieger), a jazz drummer (John Densmore) and a poet vocalist (Jim Morrison) – that somehow coalesced into a band with a sound unlike that of its peers.” 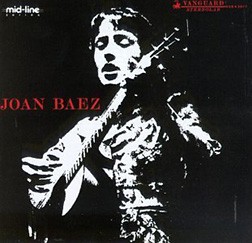 Another debut album made the cut, the eponymous studio debut by Joan Baez, which, the Registry says, “preserves for posterity powerful performances from the Harvard Square coffeehouse repertoire that brought Baez to prominence as the folk-revival movement was arriving on the national stage. Baez’s haunting arrangements of traditional English and Scottish ballads of longing and regret, mixed with an eclectic blend of Bahamian, Yiddish, Mexican and Carter Family favorite tunes, sent critic Robert Shelton ‘scurrying to the thesaurus for superlatives.’” I wish now I had bought the decent copy I saw at a thrift store recently. I went back, but, no…

I came back from England just as Steve Martin had apparently hypnotized everyone in America into saying, “I’m a wild and crazy guy!” Or so it seemed at the time. I felt like I had missed the joke. Nonetheless, Martin’s 1978 album A Wild and Crazy Guy made the list.

I often find myself whistling the infectious Sesame Street theme song, even though it’s closing in on a couple of decades since my youngest watched the show. That tells me how potent Joe Raposo’s song is. The Registry honored a 1995 recording called Sesame Street: All-Time Platinum Favorites, which includes Raposo’s theme song, and other great tunes such as “Bein’ Green,” “Rubber Duckie,” and the irrepressible Oscar the Grouch’s classic “I Love Trash.” The Registry says, “the music of Sesame Street became the most culturally significant children’s recordings of the late ’60s and early ’70s.”

One more I must point out because I’m a fan of the songs and bluesy singing of Johnny Mercer. Good to see the Registry include his 1944 recording of “Ac-Cent-Tchu-Ate the Positive,” a song he co-wrote with Harold Arlen (of The Wizard of Oz fame). 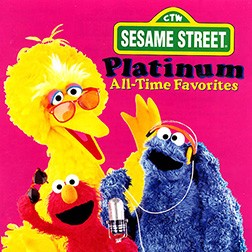 Lots of other good stuff in this selection, including bari saxman Gerry Mulligan’s 1953 live concert rendition of “My Funny Valentine,” with Chet Baker on trumpet; Tennessee Ernie Ford’s powerful 1955 recording of “Sixteen Tons”; Joan Tower’s celebration of women in music, “Fanfares for the Uncommon Woman,” (I interviewed Joan once when she was part of a program at Lawrence University in Appleton, so glad to see her representing classical music in the Registry); and Radiohead’s 1997 release OK Computer.

But that’s just a part of present and past inductees, which is much more than music, and includes spoken word, musicals, radio shows and more. Check them all out at loc.gov.