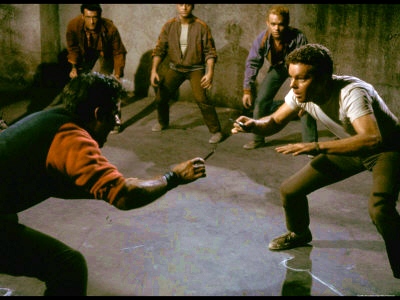 As a result of all the cinematic switchblade activity, on Aug. 12, 1958, Congress passed the Federal Switchblade Act, which placed restrictions on the transportation, distribution, manufacture and possession of switchblade knives, with some exceptions, such as allowing one-armed individuals living in a U.S. territory, Indian reservation or special maritime jurisdiction to carry the banned blades, as long as the blade itself was no more than three inches long.

The maximum penalty for violating the switchblade act was a $2,000 fine and five years in jail.

In debating the merits of the switchblade act, Representative Sidney R. Yates of Illinois testified, “Minus switchblade knives and the distorted feeling of power they beget – power that is swaggering, reckless, and itching to express itself in violence – our delinquent adolescents would be shorn of one of their most potent means of incitement to crime.”

Fast-forward to the 21st century. The switchblade act remained unchanged and largely a remnant of the greasy 1950s until 2009, when the American Knife & Tool Institute (AKTI) lobbied to “modernize” the Federal Switchblade Act by adding this exception as an amendment: “a knife that contains a spring, detent, or other mechanism designed to create a bias toward closure of the blade and that requires exertion applied to the blade by hand, wrist or arm to overcome the bias toward closure to assist in opening the knife.”

Since then, the lobbying by AKTI and other groups such as Knife Rights (“a sharper future” is their motto) has continued as a means to include knives as a 2nd Amendment right. The Knife Rights website says nine states have repealed bans on switchblades and the lobbying efforts continue in many others.

On Oct. 27, Wisconsin’s Assembly Republicans voted unanimously to allow people to walk the streets with whatever kind of knife they like to carry – from switchblade to Bowie knife.

“Good lord, what’s next? Hand grenades?” said Door County Sheriff Steve Delarwelle. “I see no value whatsoever. I don’t see a need for it. I don’t know what lobbyist came up with this, but why you would need a switchblade to carry with you is beyond me. I don’t understand. It’s just one more thing we’ve got to worry about.”

“My initial kneejerk reaction was, why?” said Sturgeon Bay Police Chief Arleigh Porter. “I don’t like it. Why was it necessary?”

The plan passed by the Assembly also bans local governments from passing ordinances that restrict knives. 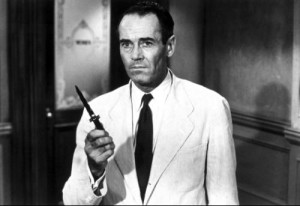 Rep. Joel Kitchens said the original intent of the bill was to differentiate between the emotionally laden switchblade knife of 1950 teen exploitation films and so-called “assisted opening” knives that are commonly used by hunters and farmers, as well as emergency medical and law enforcement personnel. But it quickly spread to include allowing anyone who can legally carry a gun to also be able to arm themselves with the knife of their choice, including switchblades.

“It was one of those, if I had it to do over again, I would have voted against,” Kitchens said, but added, “I don’t think on a practical level it’s going to matter. Switchblades, honestly, in West Side Story they looked pretty scary. The truth is they’re not very good weapons. They’re flimsy.”

The measure still has to go through the Senate, but knife rights lobbyist Jeff Nass, executive director of Wisconsin Firearm Owners, Ranges, Clubs and Educators, Inc. (FORCE), believes the bill has the momentum to pass in the Senate as well.

“To me it’s common sense cleanup for an irrational law put in in the 1950s, to allow law-abiding citizens to carry them,” Nass said. “They use it on the farm, they use it in the woods. Knives have so many practical, common uses every single day for the average citizen of Wisconsin.”

He, too, mentions that the Federal Switchblade Act was due mainly to fictional spectacles such as the 1957 production of West Side Story.

“The thing about a lot of our laws, not just this one, they’re put in because of emotion, irrational fear, not actual facts,” Nass said. “It does amaze me how much law gets passed based on emotion rather than fact. The switchblade law was based on irrational fear. It’s an antiquated, silly law that should have been changed years and years ago. The No. 1 knife used in crime is a kitchen knife. Prosecutors and law enforcement will tell you that. It’s not the scary switchblade.”

Sheriff Delarwelle confirmed that. “Lots of people have a pocket knife on them,” he said. “When you pat them down, you take it out until you’re done talking with them, just for safety reasons. In all my years, I’ve never run into a switchblade.”

Nass thinks media glommed onto the switchblade theme, when in reality the bill was meant to differentiate between impractical switchblades and the assisted opening knives that are in such widespread use but may be in violation due to conflicting interpretations of what constitutes a switchblade.

“The knife regulations in Wisconsin are really unclear,” Nass said. “Almost every officer or department you talk to, you get a different perspective on what is and what is not legal in Wisconsin. The average guy I know carries a jackknife. I know that is somewhat generational. Knives have been a tool since man used sharp rocks to cut things.”

He points out that most people use a knife every day – whether it’s a butter knife, butcher knife or jackknife – because they are great tools, but Nass believes knives as weapons are only as good as their handler.

“I’ve taught self-defense for 32 years and have taught knife defense for many, many years,” he said. “It is a viable form of self defense. I don’t actually recommend it as a form of self-defense compared to a firearm. It’s easier to learn how to shoot effectively. There’s much more skill involved with the knife.”