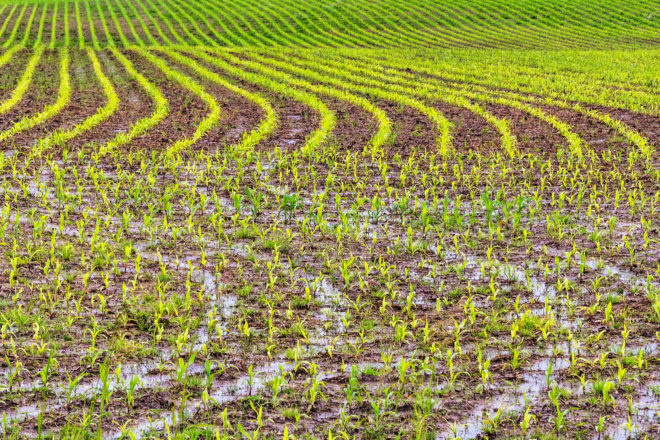 2019: Wettest Year Ever Recorded for Wisconsin

The year’s not quite over, but 2019 will already go down as the wettest year ever across the Midwest and Wisconsin since record-keeping began in 1895.

More than 43 inches of rain and snow fell across nine states in the Midwest through November. That total bumps the previous record set in 1993 by two inches, according to data from the Midwestern Regional Climate Center. Climatologist Mike Timlin said it’s been wet all year.

“September and October, in particular for the fall, were wet all across the Upper Midwest,” said Timlin. “Iowa, Minnesota, Wisconsin, Michigan – all four of those states were in their top 10 percent wetness for September. And then they were all in the top 10 percent of wetness for October as well.”

The amount of rain and snow across the Midwest is about 25 percent above normal, Timlin said.

Wisconsin voters chose to support $1.3 billion in school referenda in 2018, helping to lead to what the Wisconsin Policy Forum is predicting will be the largest property-tax increase in a decade.

A new report from the Wisconsin Policy Forum looked at data from the state’s Department of Revenue and found that school districts across the state are levying $5.21 billion in property taxes this year. That’s a 4.5 percent increase from last year and the largest year-over-year increase since 2009.

Jason Stein, research director of the Wisconsin Policy Forum, said some of the increase is likely due to state lawmakers increasing revenue limits for school districts in the most recent budget.

“That has provided more ability for local school boards to increase property taxes,” he said. “It’s not a mandate. They don’t have to do it, but it provides them with more flexibility to do that.”

Stein said school districts across the state did increase property taxes by a similar percent prior to 2009.

A Foxconn executive says the company has been unable to recruit the employees necessary for its development project in Wisconsin.

Alan Yeung, Foxconn’s director of United States strategic initiatives, said the company has traveled across the country, “from North Carolina, to Illinois, to Michigan, to Ohio and Kentucky” to attract talent to Wisconsin, but the effort has fallen short.

“Foxconn has been relentlessly visiting colleges around Wisconsin to recruit and hire professionals at the beginning of their careers for roles in industrial artificial intelligence, smart manufacturing, 5G networks and high-performance computing,” Yeung wrote in a Nov. 18 letter to Joel Brennan, secretary of the state’s Department of Administration. “With the low unemployment rate, we have encountered great difficulties in recruiting the talents we need.”