Wisconsin’s mining moratorium, signed by former Gov. Tommy Thompson in 1998, requires companies seeking to mine sulfide ores such as copper, zinc or gold to provide examples of similar Canadian or U.S. mines that operated or were closed for 10 years without causing pollution before being able to mine in the state. Republicans who want to end the moratorium say it’s stifling Wisconsin’s economy, but Democrats, including Rep. Christine Sinicki of Milwaukee, say it still serves a purpose. “When you start talking about this type of mining, I don’t know if I want to call it doomsday, but you’re decimating our environment, our water and our future,” Sinicki said. The bill passed a Senate committee earlier this month.

The signup period for those seeking health coverage on the Affordable Care Act marketplace began Wednesday. This enrollment period comes in the wake of unsuccessful efforts to repeal the federal health care law. Health advocates are hoping people will enroll despite changes that make it more difficult. The signup period was cut in half, advertising was slashed and some insurers have bolted from the market. However, there are plans available in every Wisconsin county and most will find the plans affordable, health experts say. “Most people who are going to purchase health care insurance through the federal marketplace will qualify for discounts. So when people see those premiums that are listed they should know that they’re not going to have to pay those full premiums,” said Donna Friedsam, executive director of the group Covering Wisconsin – the state’s largest federally certified and state-licensed Navigator agency. For 2018, marketplace premiums are going up an average of 36 percent. The majority of consumers will get federal subsidies to help pay for premiums and out-of-pocket costs. But those who aren’t eligible will feel the brunt of rising premiums insurers say are largely due to the Trump administration’s decision to end federal money which lowers consumer costs like deductibles and co-pays.

The Wisconsin state Senate voted 33-0 Tuesday for a plan that could help remove lead water pipes running underground in communities throughout Wisconsin. But shortly after the vote, the state Assembly’s top Republican said the plan could need changes to pass in his chamber. There are at least 176,000 lead service lines that connect public water mains to Wisconsin homes, according to an estimate from the U.S. Environmental Protection Agency.

“It’s well documented that we have a problem with all of us being affected by the consumption of lead in water, especially kids,” said Sen. Robert Cowles, R-Green Bay, the measure’s sponsor. “This bill will empower water utilities, city councils to do the right thing.” The Senate plan would let water utilities offer customers grants or low-interest loans to replace water lines. To pay for those loans, water utility bills could go up for all residential ratepayers, something that’s not an option under current law.

But that part of the bill concerned Assembly Speaker Robin Vos, who told reporters he didn’t want to increase water bills for people who’ve already paid to have their own lead service lines replaced.

Gov. Scott Walker says delays in approving the contract with Taiwanese LCD-maker Foxconn will give Wisconsin’s Economic Development Corporation time to go over the whole contract. Walker added that the process, “has taken more time but it’s certainly one where we’re making sure they (WEDC) are doing their due diligence to get a plan that ultimately is a contract that matches what people talked about during the debate.” Walker said the “elaborate negotiations” with the company include a “series of things” other than the job creation agreement.

On Monday, Democratic Sen. Tim Carpenter, D – Milwaukee, formally asked to see the details of the full contract before WEDC votes on it. In a statement on his website Carpenter wrote, “let’s see the Foxconn contract before WEDC votes on it on Nov. 8. I cannot abrogate my responsibility to protect the taxpayers of Wisconsin by not knowing exactly what it is I am voting on.” 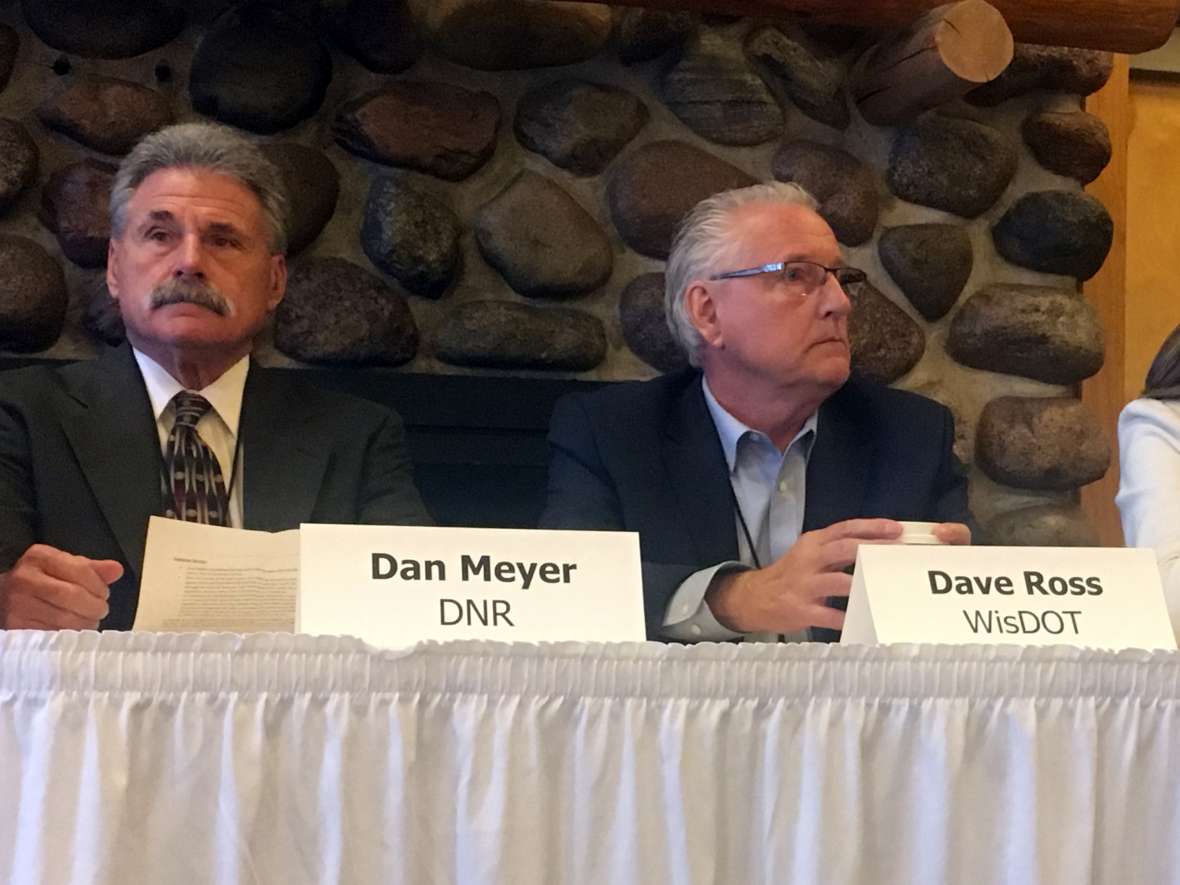 The new head of the Wisconsin Department of Natural Resources said he wants the agency to work more with industry when it comes to environmental regulation. Wisconsin DNR Secretary Dan Meyer has been on the job one month since former Secretary Cathy Stepp resigned for a position in the EPA. Meyer said the DNR will work to strike a balance between job creation and the environment.

“The environment is great. That’s our number one responsibility, but jobs are pretty important too. We have to find that balance,” he said. “I can assure you while I’m in this department that will be a goal that we have is to find that balance in protecting our environment while also working with industry to provide more jobs.” However, environmentalists fear the agency has become too lax with industry. A state audit last year found the agency failed to follow its own enforcement rules to protect water 94 percent of the time from 2005 to 2015. The DNR has said staffing shortages played a role, and it has taken steps to address those issues.