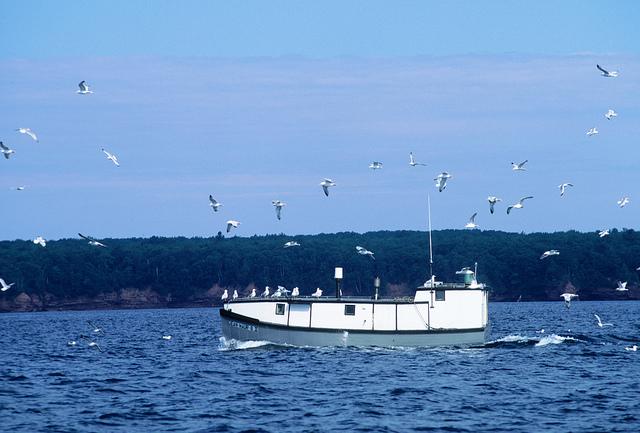 “And while there are those in our community who did not vote for Earnell Lucas or may not even support Earnell Lucas, let me say that I’m going to be your sheriff, too,” he told a crowd of more than 100 supporters at his campaign party at The Rave in Milwaukee.

“For a long time we’ve been stymied because Sheriff Clarke had absolutely no interest in working with the city,” Barrett said.

No Republican is on the November ballot for the position.

Wisconsin taxpayers will foot a bigger share of the bill to replace local bridges due to a new funding policy at the state Department of Transportation, county transportation officials say. While the agency says the new policy spreads money to more projects around the state, some counties are seeing their costs increase by hundreds of thousands of dollars.

After years of bridge replacement delays due to a lack of state funding, the DOT has rolled out a new program called “Replace-In-Kind.” It directs local governments applying for state bridge aid to design replacements to minimum state engineering standards based on current traffic. If the application qualifies, the state promises to pay for 80 percent of the replacement cost with local governments picking up the rest.

If counties or municipalities want to design bridges that go beyond the minimum standards, the “Replace-In-Kind” policy lets them do it but on their own dime.

In May, a joint press release from Gov. Scott Walker and DOT Secretary Dave Ross hailed the policy as an efficiency measure.

But county highway commissioners say the policy will cost them more and is forcing them to design bridges that don’t account for future traffic projections.

For Milwaukee and Milwaukee County, that means less money it can collect through property taxes to fund local services. And the report finds Milwaukee County has fewer opportunities for further development because of past construction.

While the report finds Dane County has significant agricultural land that could be built up, Milwaukee County would have to increase property values by redeveloping underused property or appreciation.

Commercial fishing operations near the Apostle Islands of Lake Superior are reporting record numbers of whitefish and a strong recovery of lake trout from a low in the early 2000s.

“We’re averaging between 2,500 and 3,000 pounds of whitefish per day in the traps right now and releasing thousands of sub-legal fish,” said Hoopman. “There’s just multiple year classes of fish.”

And while whitefish is the most sought-after species, Hoopman said he is also seeing strong numbers of lake trout as well after a decades-long population decline that began in 1950s.

A year class refers to all fish born in the same year.