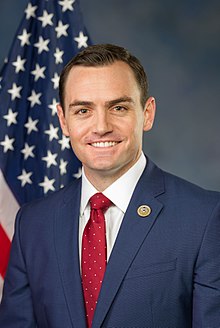 Freshman Republican Congressman Mike Gallagher is being challenged by Beau Liegeois, a Democrat who is an assistant district attorney in Brown County, where he has served for the last 10 years. Before that he was a judge advocate for the Wisconsin National Guard.

Liegeois said voters in northeastern Wisconsin are concerned about the basics: “From drinking water issues in the Door Peninsula to the Fox River cleanup and water quality in the bay of Green Bay to a mine proposal on the Michigan side of the Menominee River that’s going to be dumping sulfuric acid into the Menominee river that actually should be a banned practice altogether,” referencing the “Back Forty” mine in Michigan’s Upper Peninsula.

He has criticized his opponent for accepting $300,000 in donations from PACs and corporations and said that he is running his campaign via private donations.

Liegeois is facing Rep. Gallagher, who was first elected in 2016. Gallagher has supported much of President Donald Trump’s agenda but has broken from him on issues related to tariffs on dairy products, steel and aluminum. He also objects to the president’s social media habits. 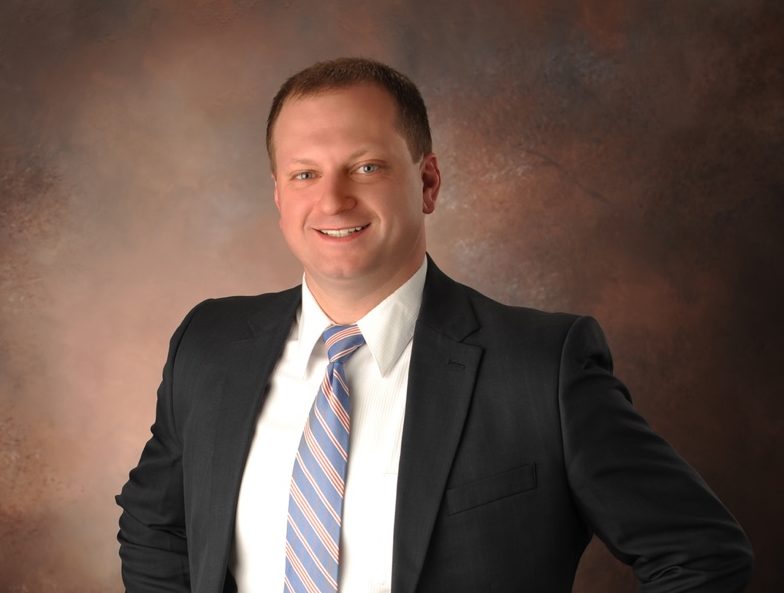 “Twitter is making everybody in politics stupid,” Gallagher said. “I recognize it is a necessary evil but I think we should all try to conduct ourselves with a little bit more restraint on Twitter.”

As for the “blue wave” Gov. Scott Walker has warned of, it’s is a fate yet to be determined for incumbents such as Gallagher, according to University of Wisconsin-Green Bay political scientist David Helpap, who said base Republican voters are all in for both Walker and Trump.

“For individuals who lean Republican, Independents, the support for the governor and certainly the president is much less than it has been in the past,” he said. “Does this mean they switch over and vote for Democrats or do they just stay home?” 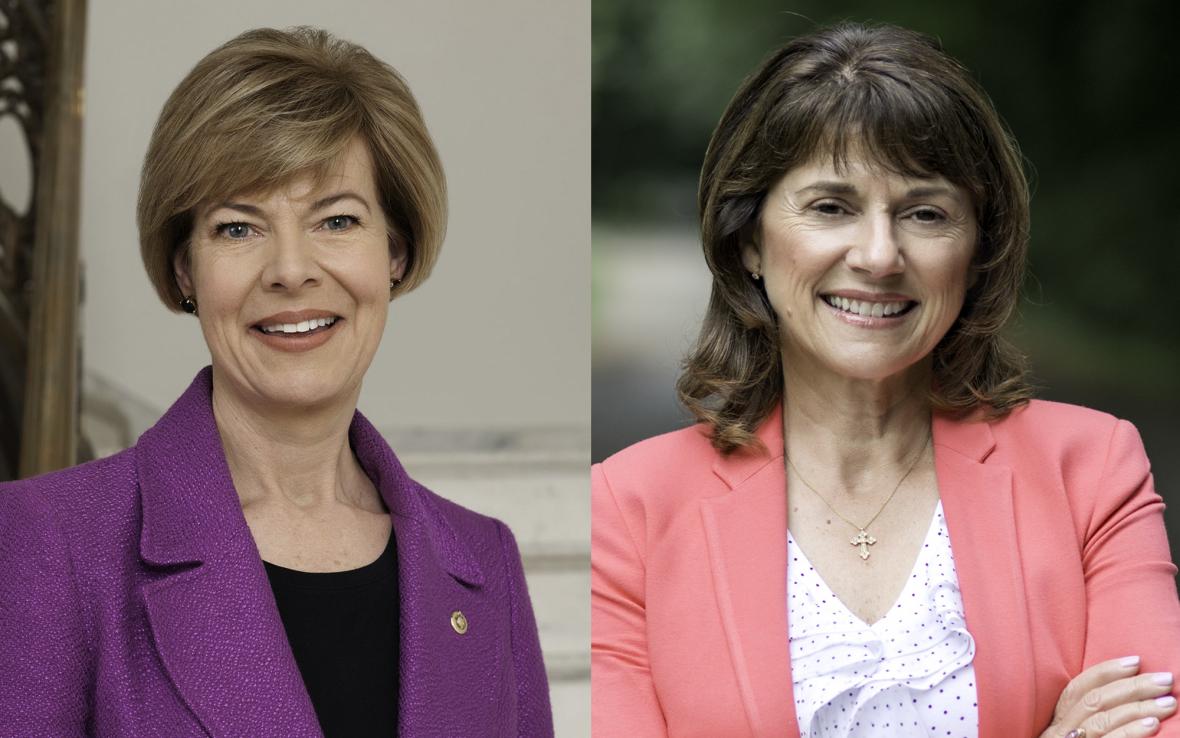 The debate opened with several questions about health care and both candidates returned to the topic throughout the evening. The two also touched on a vote Vukmir took as a member of the state Legislature against a bill requiring insurance companies to cover oral chemotherapy the same way they do traditional chemo. Baldwin has used the vote to attack Vukmir in TV ads.

“When I looked at this bill, I was very concerned that the unintended consequence of that bill would be that the very people who wanted that care would be restricted from that care,” Vukmir said.

Baldwin countered that Vukmir’s record was clear. “A vote is a vote, and Leah Vukmir voted with insurance companies to prevent oral chemo from being covered,” Baldwin said. “I don’t know how you can run away from the vote.”

Baldwin said Vukmir held “extreme” beliefs on abortion for supporting bills that would ban some forms of contraception and embryonic stem cell research. Vukmir pushed back.

Vukmir and Baldwin are scheduled to debate again Saturday and for a final time Friday, Oct. 19.

Max Lynch says he’s not surprised. After he graduated from the University of Wisconsin-Madison, he stuck around and co-founded Ionic, a company that’s helped giants like Amtrak and AAA build mobile apps.

“Because UW-Madison is ranked worldwide, it’s a top public university, you get companies like us that start here because you have the right people, stay here because it’s working out and it’s a great place to build a company, and they feel no reason to leave,” said Lynch. “So it’s really all about the university.”

“That whole group right there has raised right around $100 million dollars,” he said. 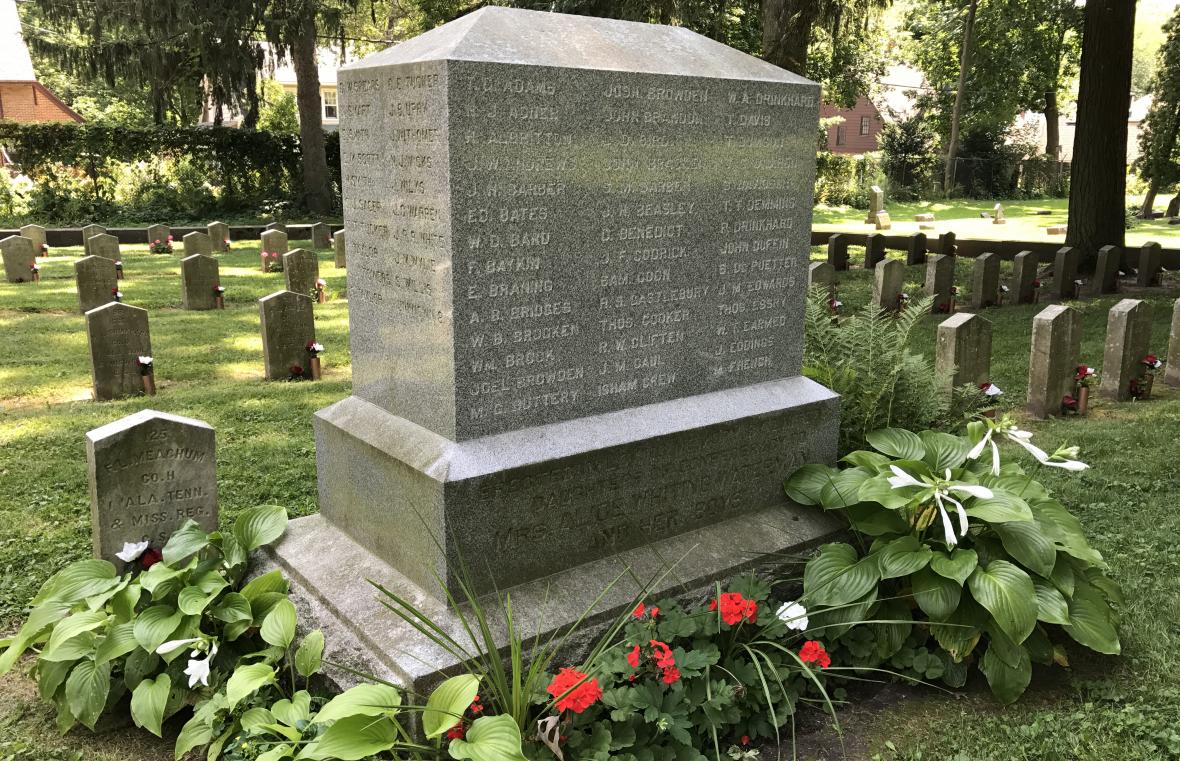 The large stone monument lists the names of deceased Confederate soldiers and says it was “Erected in loving memory by United Daughters of the Confederacy to Alice Whiting Waterman and her boys.” Photo courtesy of the City of Madison Parks Division.

The Madison City Council voted last week to remove a controversial, century-old Confederate monument in Forest Hill Cemetery, overriding the city’s Landmarks Commission, which called for the monument to remain.

Council members voted 16-2 to overturn the commission’s ruling that barred the removal of the monument. It lists the names of about 140 prisoners-of-war buried in an area of the cemetery known as Confederate Rest.

Alderwoman Sheri Carter supported relocating the monument from its Forest Hills location to a museum. “You don’t have discussion in a cemetery,” she said. “You have reflection and you have memories, and this brings up memories that are not so pleasant in our history.”

The plan is to move the monument to a museum in Madison.

Landmarks Commission Chair Stu Levitan and others traced the symbolism of the monument to present-day racism in Wisconsin and throughout the country.

“There are white supremacists in our federal government and klansmen in our streets, things that might have been acceptable before Charlottesville are no longer OK,” Levitan said. “Rebel soldiers who fought to preserve slavery should have their graves respected, but they are not entitled to a large marble monument in Madison’s municipal cemetery.”