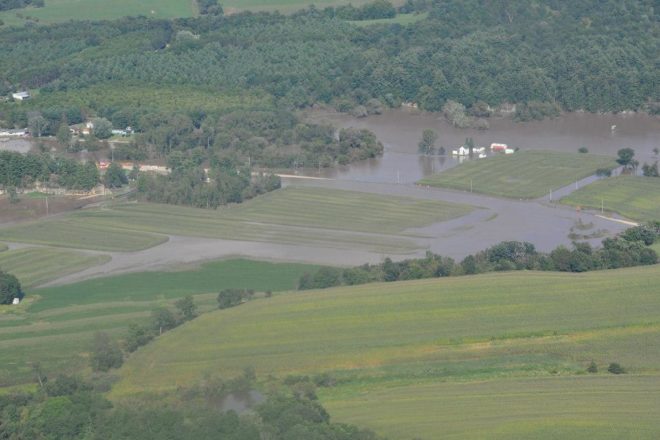 The University of Wisconsin-Stevens Point may have to eliminate up to 70 full-time positions after another year of declining enrollment. Enrollment estimates suggest a drop of more than 400 students, bringing enrollment to around 7,700 students.

Greg Summers, provost and vice chancellor for academic affairs, said enrollment decline is a continuing trend at the school and cutting up to 70 positions is a worst-case scenario.

“So the instructional staff doesn’t need to be as large as it once did, and we’re looking at how to make those adjustments to match the enrollment level that we currently have,” he said, adding the position cuts would not be limited to instructors.

Summers attributes most of the continued decline to students graduating faster or opting to go into the workforce straight out of high school because of low unemployment.

Summers asked the UW-Stevens Point Common Council in late August for help in creating an advisory group that would craft an academic affairs budget plan by mid-October.

Three-hundred-thousand gallons of manure-contaminated water spilled into a creek in northeastern Wisconsin. The spill is believed to have happened late Sunday after a week of heavy rains, combined with a faulty valve at the Phil Roberts farm, which is home to 220 head of cattle. According to the state Department of Natural Resources, a containment pit overflowed into Silver Creek, a tributary of the larger Duck Creek.

The manure went down a grassy slope into Silver Creek near the Outagamie and Brown county line, within the Oneida Nation of Wisconsin’s boundaries.

James Snitgen, water resources supervisor for the tribe, said, “because of the recent heavy rains there was way more water makeup in that, so I wouldn’t necessarily call it ‘manure,’ I’d call it a manure-water mixture going down.”

Snitgen said the spill has killed fish-like minnows, longnose dace and blue gills. He said the DNR, the two counties, and the tribe are working with the farm to pump out the contaminated water.

Late summer storms in Wisconsin have ravaged the state’s highways and stormwater systems, but they’ve also had a negative impact on farms across the state.

While no estimate of agricultural damage has been released yet, the agency responsible for tallying the damage says farmers in 13 counties have filed reports so far.

Farmers are being encouraged to report damages to the U.S. Department of Agriculture Farm Service Agency. Loss can be defined as anything from farm buildings, equipment, livestock, crops, fences, orchards and vines.

But Sandy Chalmers, the state’s executive director of the USDA Farm Service Agency, said it may be awhile before damage estimates are known as many farm fields are still under water.

Dane County estimated it has seen about $155 million in damage. 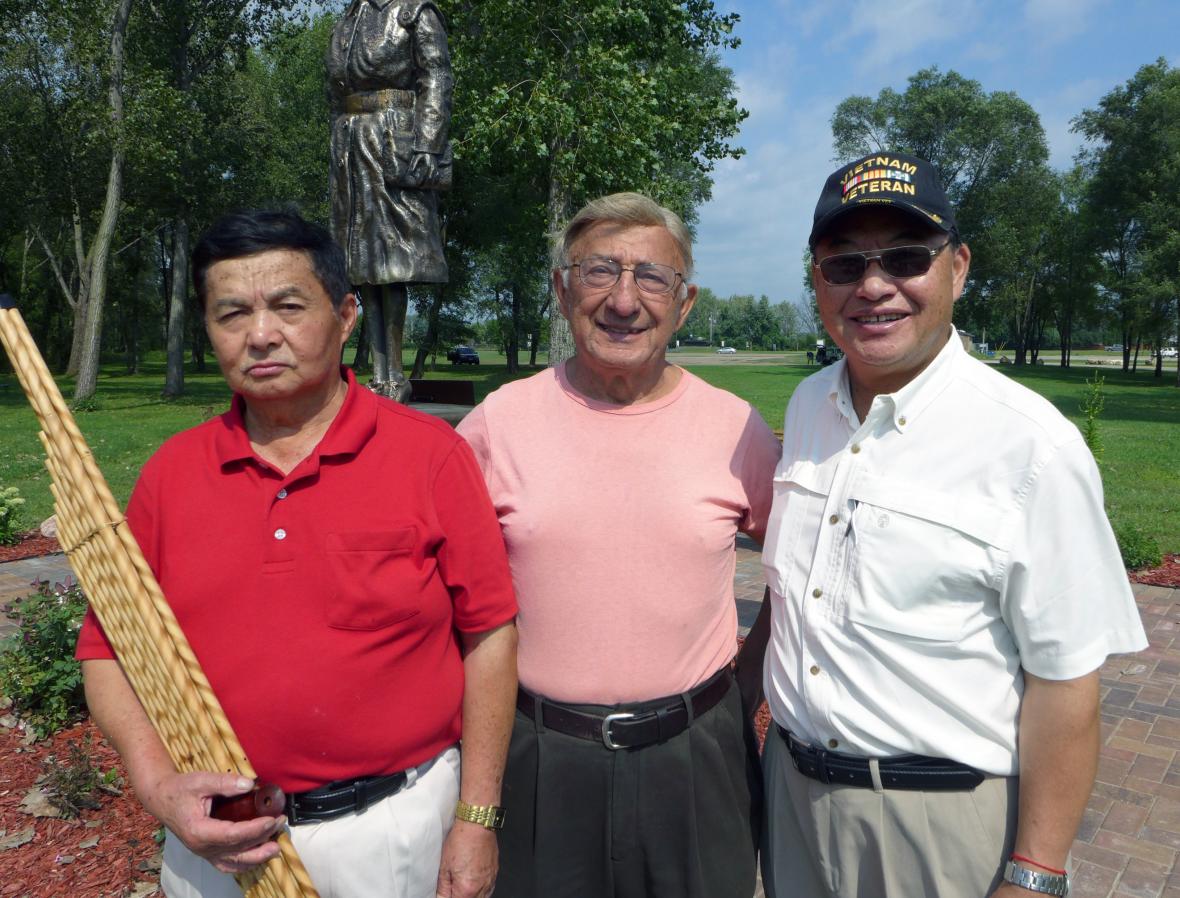 A group of veterans in La Crosse is working to raise money for a new memorial to Hmong and Lao veterans of the Vietnam War.

Louie Ferris, president of a local chapter of the Korean War Veterans Association, said he got the idea for a statue after Hmong veterans helped him with other war memorials in La Crosse’s Veterans Freedom Park.

“(Hmong veterans) need recognition too,” Ferris said. “They’re getting older, they’re going to be gone and their children won’t know how they got here, what they’re doing here. But this shows a contribution that they made.”

The new memorial will include two statues modeled after local Hmong veterans, including Nao Tou Lor, former president of the Wisconsin Lao Veterans of America.

“It’s very important for the Hmong people and the Lao veterans,” Lor said. “We worked very hard in Laos. But when we come to this country, we don’t have anything. But if we built this it will make like a history … and they’ll know what happened.”

The group is hoping to raise $40,000 for the project. The new memorial will be at least the third of its kind in the state, joining other tributes in Sheboygan and Wausau.

Lor estimates there are more than 1,000 Hmong-Lao veterans living in Wisconsin.

Kaul Says More to Be Done on Consumer Protection 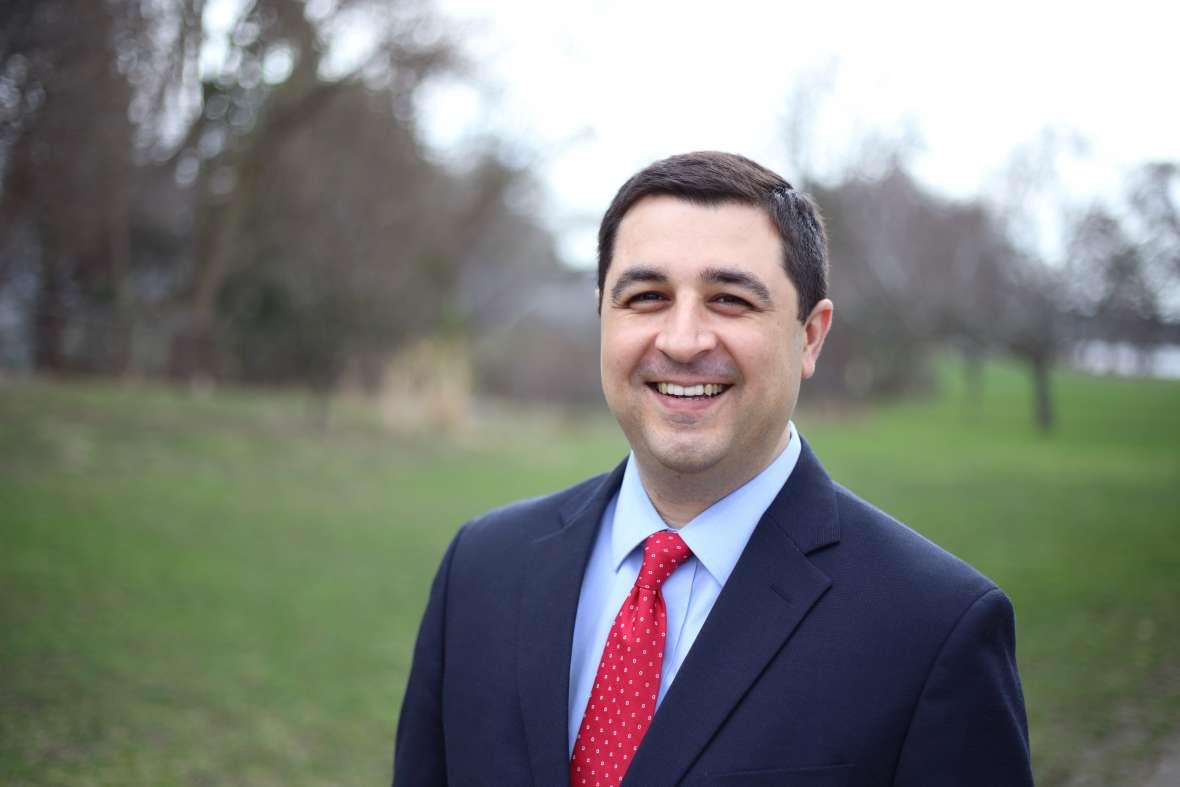 Kaul has been vocal about his opposition to Schimel getting the state involved in a lawsuit challenging the Affordable Care Act, but he outlined a few instances in which he believes Schimel should’ve taken action.

The Democratic candidate also brought up a lawsuit signed onto by Democratic attorneys general in 17 states challenging the Trump administration on enforcing for-profit college regulations.

“The federal government has rolled back some important consumer protections,” Kaul said. “Some states have stood up to take action, but Wisconsin has not.”