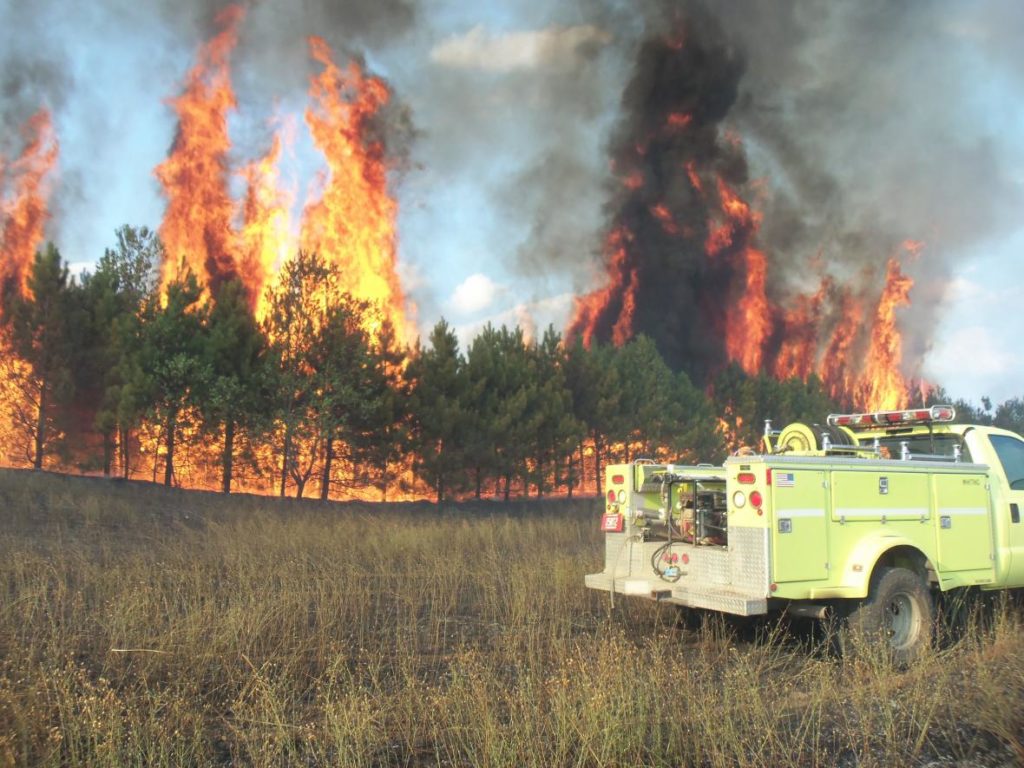 There were 43 reported wildfires in Wisconsin on April 29, including two large ones in Clark County. Some 90 acres were burned near the Bruce Mound ski area. Another wildfire near Hewett in Clark County burned more than 30 acres.

The public is asked to be careful with campfires, outdoor grills and smoking, and to call 911 if they see a wildfire burning.

The DNR is prohibiting all burning with DNR-issued burning permits in the affected areas.

The Wisconsin Public Service Commission has released a draft assessment of the state’s energy situation. A consumer group says the report shows people are paying too much for electricity.

The Strategic Energy Assessment comes out every two years. The draft of the latest study says residential customers in Wisconsin with a median income pay a smaller percentage of their wages on electricity than the national average and fall in the middle of the range compared with neighboring states. But Tom Content of the Citizens Utility Board says Wisconsin residential rates have gone up 37 percent in nine years.

“We’re concerned, because that’s more than twice the rate of inflation. As the cost of living goes up, our electricity prices have gone up twice as fast,” Content told WPR.

PSC needs to try harder to hold rates down, he said.

Content argues Wisconsin invested too much in coal and natural gas power plants, and customers are being asked to help pay the bills. 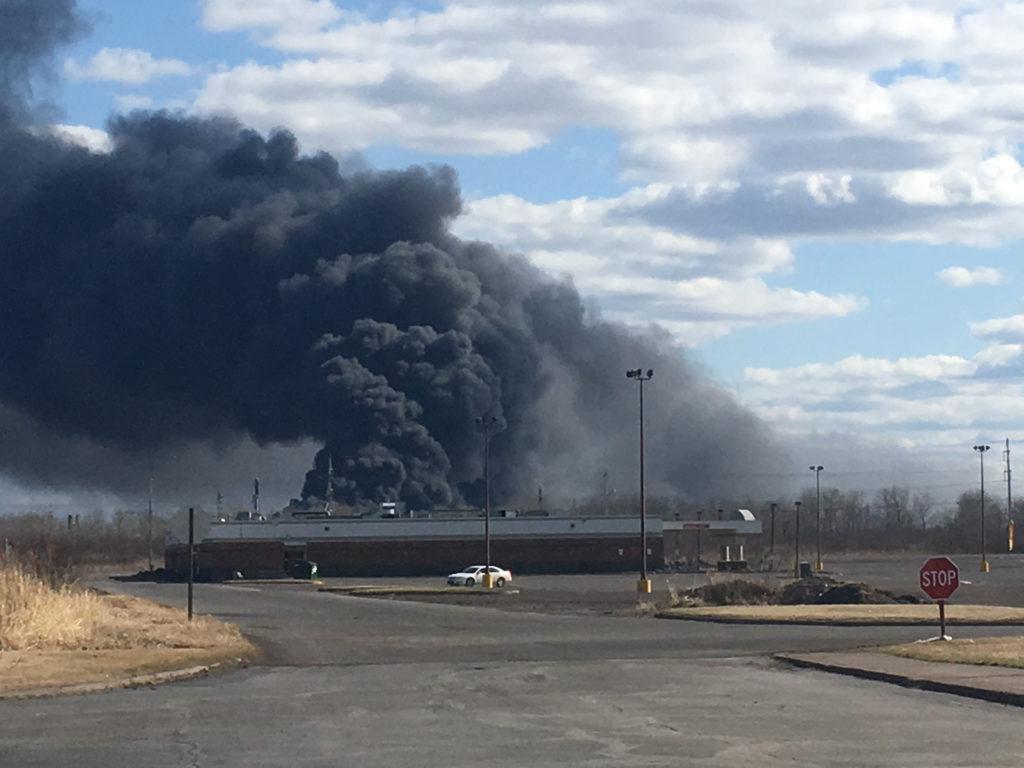 Environmental monitoring continued after an explosion and series of fires at Husky Energy’s oil refinery caused a temporary evacuation in the City of Superior on April 26.

Officials with the Wisconsin Department of Natural Resources, U.S. Environmental Protection Agency and the company continue to monitor air and water quality around the refinery. So far, there appear to be no health concerns associated with the incident. As the community recovers, questions are mounting about the refinery’s use of hydrogen fluoride, a highly toxic chemical.

The hazardous chemical could have posed devastating health impacts for the port community of 27,000. However, Superior Fire Chief Steve Panger said the tank with hydrogen fluoride had special water systems around it that were immediately activated when the explosion occurred.

“Obviously, once we had a fire, we were concentrating on that area to make sure that didn’t get compromised,” said Panger.

The use of hydrogen fluoride makes Superior’s refinery one of the 50 most dangerous refineries in the country, said Fred Millar, an independent consultant on chemical risks with such facilities based in Washington, D.C.

“The reason is using hydrogen fluoride instead of a non-disaster chemical alternative, which is sulfuric acid,” said Millar. “Sulfuric acid will not put a big, huge toxic gas cloud into your community.”

A 2011 report from the Center for Public Integrity detailed that hydrogen fluoride is used among 50 out of 148 refineries nationwide. The chemical is highly toxic, said Ron Koopman, a retired scientist with the Lawrence Livermore National Laboratory in California.

“It destroys tissue in horrible ways,” he said. “If you get it on your skin, it works its way toward the bone destroying all of the tissue in between.”

Hydrogen fluoride is used in refineries as part of the alkylation process, and it’s used to make higher octane gasoline.

Millar said it’s a big deal for refineries to switch from hydrogen fluoride to sulfuric acid.

The Center for Public Integrity puts that cost somewhere between $50 million and $150 million for each refinery.

Superior Mayor Jim Paine said the refinery’s use of hydrogen fluoride will be part of conversations going forward. 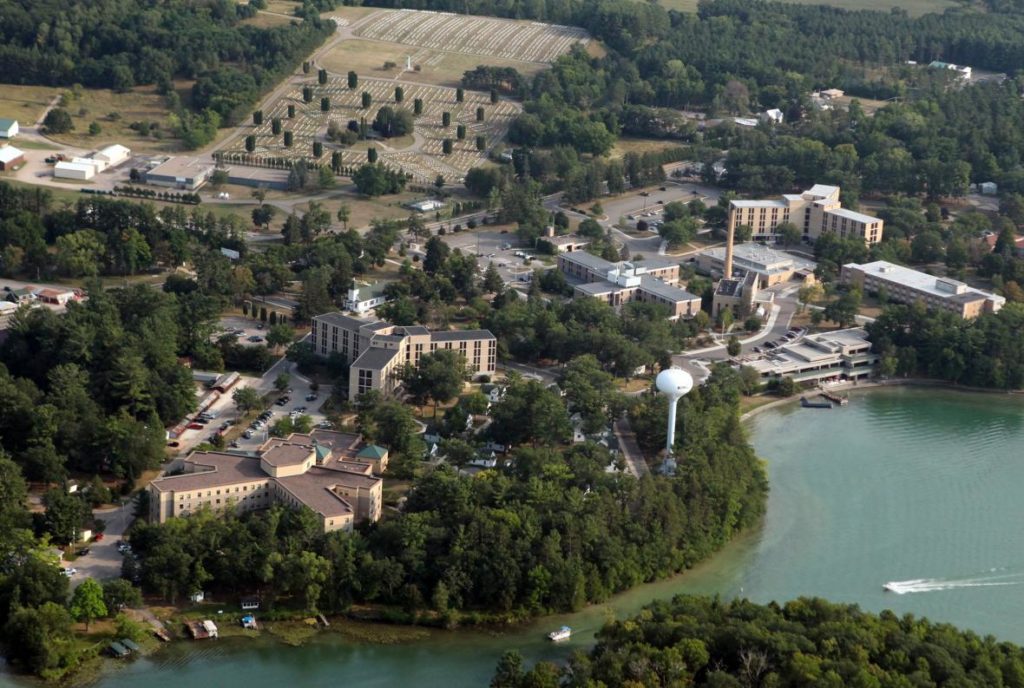 The Wisconsin Veterans Home at King is getting $55 million in federal funding for a new nursing facility and several maintenance projects.

Gov. Scott Walker signed legislation to build a new, 200-bed facility at the veterans home in 2014. During the last three years, the Wisconsin Department of Veterans Affairs has been on a waiting list for federal funding for the project and working on a design for the new John R. Moses Hall.

Congress approved $52 million for the project in the latest federal spending bill.

The state is also providing $28 million for Moses Hall, which is expected to be completed by the end of 2020.

The veterans home will also receive $3 million in federal funding for maintenance projects at existing buildings.

Construction equipment has arrived at the Racine County farm field that will become the site of the new Foxconn factory that will make LCD display panels.

Local officials say they don’t mind that most of the construction companies are based elsewhere.

Foxconn and its lead contractor Gilbane Building have announced that 10 percent of the construction firms are from Racine County and another 80 percent are from elsewhere in Wisconsin.

“When we have contracts and economic development projects like this, usually the average has been about 3.5 percent. So, to get 10 percent shows Gilbane has a lot of faith in Racine County and we have a lot of faith in Gilbane to do this,” Delagrave said.

At peak, during this phase of construction, about 400 workers will be on site, Gilbane said.

Illness From Ticks And Mosquitoes Grows

The Centers for Disease Control and Prevention says more deer and warmer weather are making mosquito and tick populations rise across the country. And the diseases these pests can carry have tripled in the United States between 2004 and 2016. Ticks are driving that increase in illness.

“We have seen an increase in the types of tick-borne pathogens. So this is very real,” cautioned Lyric Bartholomay, associate professor in School of Veterinary Medicine at the University of Wisconsin-Madison. She also co-directs the Upper Midwestern Regional Center of Excellence for Vector-Borne Disease.

The Upper Midwestern Regional Center of Excellence for Vector-Borne Disease plans to unveil a new smartphone app that will help them track tick exposure in high-risk areas for Lyme disease. The app is free and will debut around Memorial Day.