Around 100 farmers interested in growing hemp as a cash crop gathered Dec. 20 in Barron County. Some say they’re considering planting test plots as early as next year, just months after lawmakers lifted a ban on the crop.

The meeting room at the Barron County Government Center was nearly filled for a presentation by Minnesota hemp farmer John Strohfus, who began growing hemp in 2016, a year after Minnesota legalized its production.

He talked about sourcing seeds, harvesting and marketing hemp products just weeks after Gov. Scott Walker signed a bill legalizing its production in Wisconsin. Strohfus said he’s been getting at least two calls a day from Wisconsin farmers who have heard about hemp bringing more profit than traditional crops.

“I’m hopeful that the excitement is not generated by a false sense of opportunity financially,” said Strohfus. “I think hemp can be a good cash crop, can certainly be better than corn, and can be competitive or higher than soybeans at current prices.”

Larry Evers grows soybeans and corn in the Barron County Village of Prairie Farm. He said low commodity prices have made profiting tough and he’s considering planting a five-acre test plot of hemp as early as next year.

“I think it’s a very viable opportunity because Wisconsin used to do it years ago,” said Evers. “So, I don’t see where it wouldn’t be profitable again.”

Since the signing of Wisconsin’s hemp growing bill Nov. 30, the state Department of Agriculture, Trade and Consumer Protection has been busy writing an emergency rule, which will set regulations for hemp production in Wisconsin.

Wisconsin is one of 34 states to have passed legislation related to industrial hemp production since the 2014 Farm Bill authorized hemp farming on a national level. 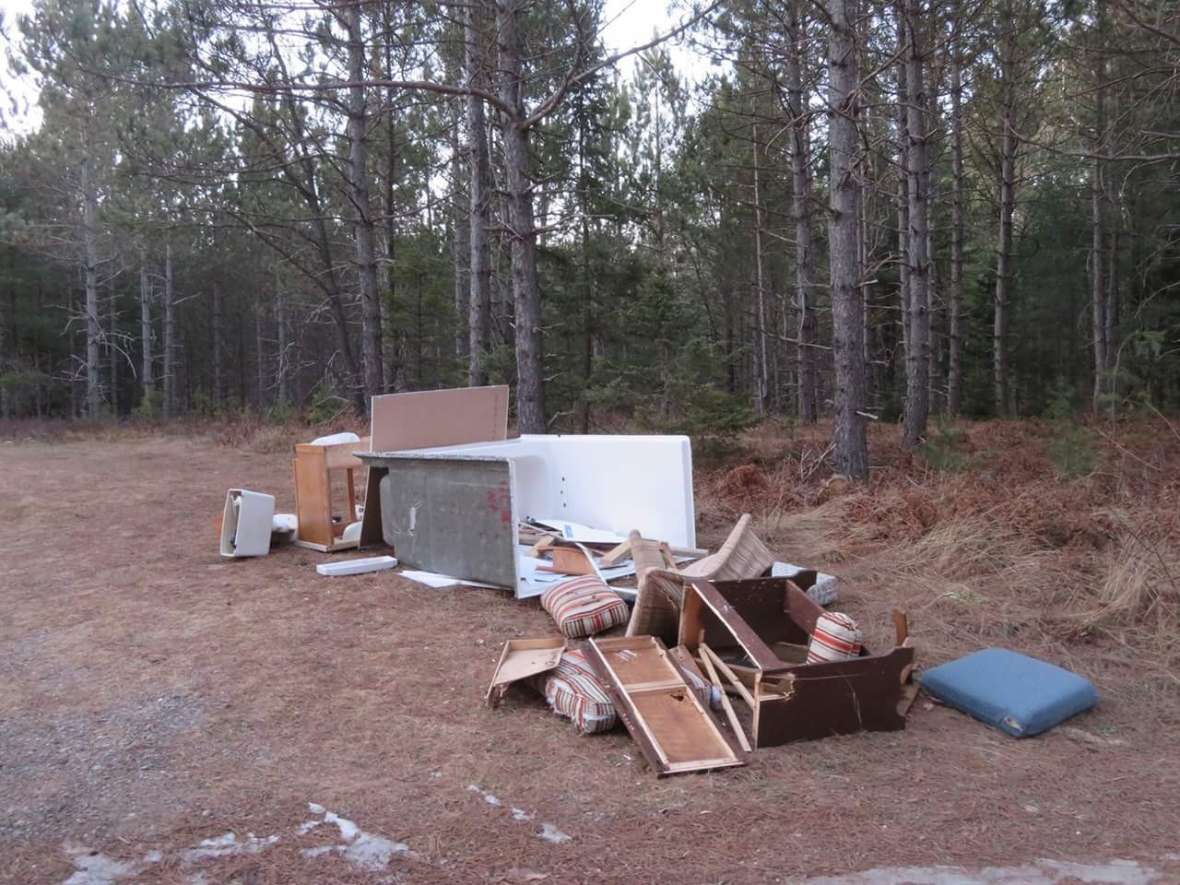 The remains of a bathroom and furniture litter the Chequamegon-Nicolet National Forest in the Eagle River-Florence Ranger District. Photo courtesy of the U.S. Forest Service.

Illegal dumping has always been a problem, said Hilary Markin, spokeswoman for the Chequamegon-Nicolet National Forest. However, Markin said the severity of the problem ebbs and flows.

“Sometimes it takes a dump truck full. Sometimes it’s a pickup load. It just all depends. We find animal carcasses, household garbage,” she said. “People just bring their trash bags out and dump them on the forest. Of course, then the critters get into them and spread it all over. It just makes a really big mess.”

Illegal dumping in national forests is not just a problem in Wisconsin. The USFS is grappling with people dumping their trash and unwanted sofas across the country.

If caught, Markin said people could pay a maximum fine of up to $5,000 or spend six months in jail. She couldn’t say how much money the U.S. Forest Service has spent cleaning up waste. But, USFS officials said the time and money spent restoring sites is significant and takes away from other work on national forest land.

The dispute over a closed John Doe investigation involving Gov. Scott Walker took a new twist last week when the administrator of Wisconsin’s Ethics Commission asked his own board to investigate him.

Republican Senate Majority Leader Scott Fitzgerald has told them both to resign, suggesting that if they don’t, they’ll be forced out because the public has lost trust in them to lead the agencies.

Bell pushed back Friday, asking ethics commissioners to investigate him in order to clear his name.

“I believe that an objective review of my conduct in service to the state would definitively show that I have consistently conducted myself in a nonpartisan and impartial manner,” Bell said. “Such an investigation would also refute the baseless allegations that have been made against me.” 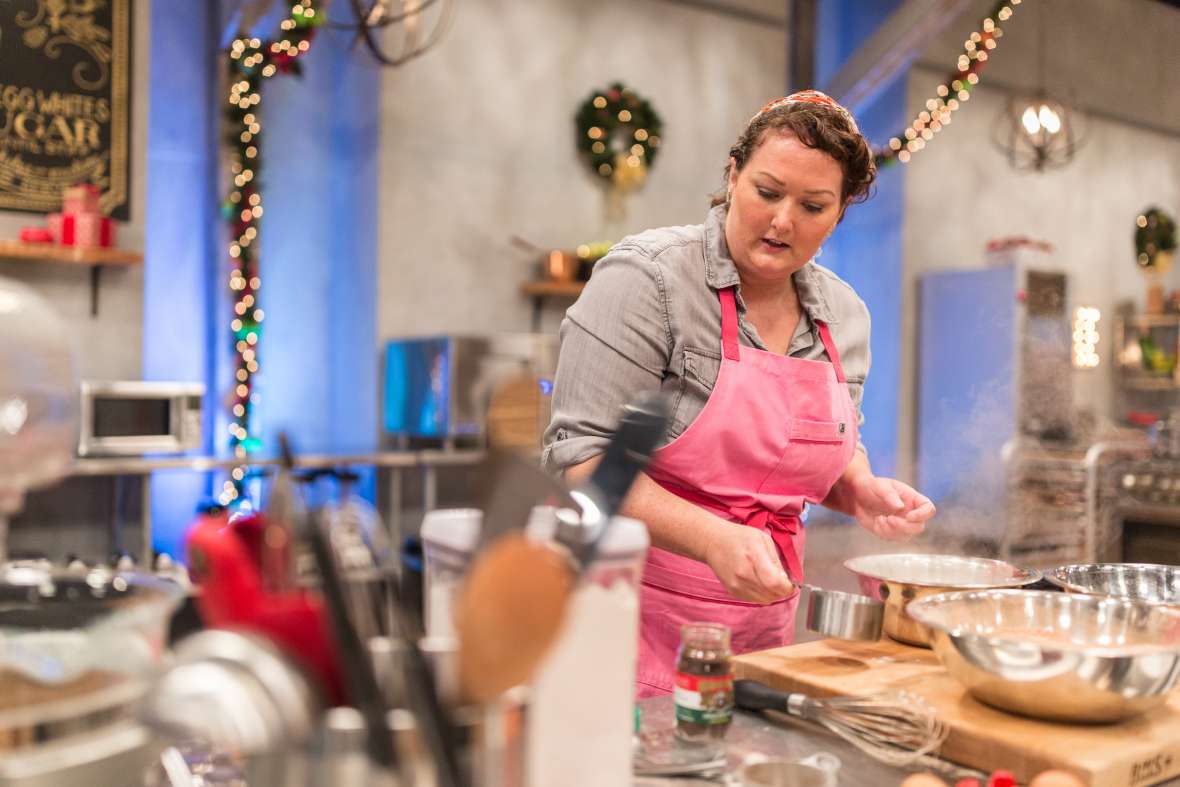 A bakery-owner from the La Crosse area said she drew inspiration from Wisconsin to win a holiday show on the Food Network.

In the final episode of the Holiday Baking Championship last week, Jennifer Barney from Stoddard took home the title and $50,000 with a three-tier gingerbread eggnog cake.

During the show, Barney said she tried to represent Wisconsin in her work, from depicting red barns on her cakes to highlighting the state’s agricultural products.

“I’m really proud of where I come from. I’m from a farming community, a farming family and throughout the competition I was thrown some fun ingredients like cranberries,” Barney said.

But she said the strategy was not just about nostalgia for her home state.

“If I had a chance, I was going to plug (Wisconsin) because we need to be plugged. People always overlook Wisconsin but we have a great state and we’re really good people,” Barney said.

Barney runs Meringue Bakery out of her home in Stoddard. She said she hopes to use the prize money to move her business to downtown La Crosse.

The shuttered General Motors plant in Janesville was officially sold to be redeveloped last week.

Commercial Development Company, Inc., based in St. Louis, purchased the site, but hasn’t confirmed what will take the place of the plant.

GM put the plant on standby status in 2009. The company didn’t officially close the plant until 2015. The facility is roughly 4.8 million square feet and located near downtown Janesville.

The number of traffic-related deaths in Wisconsin in 2017 has surpassed last year’s total. According to the state Department of Transportation, there were 577 traffic fatalities as of Dec. 17. That’s three more than the total number of deaths in 2016.

State and local law enforcement are conducting additional road and highway patrols through New Year’s Day as part of the Drive Sober or Get Pulled Over initiative.