A Wisconsin dairy processor says changes to Canadian policies forced the company to end milk contracts with 75 farmers in the state.

Grassland Dairy Products in Greenwood, Wis., announced the company is dropping several producers because a new Canadian pricing scheme means the company can no longer sell ultra-filtered milk to Canada at a competitive price. The lost sale amounts to almost 1 million pounds of milk per day.

Frank Behling is one the farmers who lost the contract with Grassland. He said it’s a tough time to have to find a new buyer for his milk. “The dairy market is so flooded right now that there’s no processors accepting any milk, any new producers,” Behling said, adding that if something isn’t done, he may have to close the farm.

But Canada isn’t about to take the blame.

“We don’t feel good about U.S. farms going out of business. But you know what? It’s not our responsibility. It’s your own responsibility, as a country, to manage your production,” Isabelle Bouchard, director of government relations for the trade group Dairy Farmers of Canada, told the Milwaukee Journal Sentinel. “We are a nation of 36 million people, less than the population of California. How do you expect us to (consume) your over-supply of milk when we already produce milk for our market?”

A now completed report confirms what researchers revealed last year: high-capacity wells in the Central Sands region of the state are affecting the water flow in the Little Plover River.

The Class 1 trout stream – which begins near Plover and flows into the Wisconsin River – has dried up several times, starting in 2005.

One of the report’s authors, state geologist Ken Bradbury said the river’s problems are tied to an increase in high-capacity wells.

“It never went dry as far as anyone knows prior to the late 2000s,” Bradbury said. “Really the only and most obvious reason for that is the large number of high-capacity wells that are nearby and in that watershed now that weren’t there in the past.”

There were just 120 high-capacity wells in the Central Sands region in the 1960s. There are more than 2,800 now, according to the Wisconsin Department of Natural Resources. 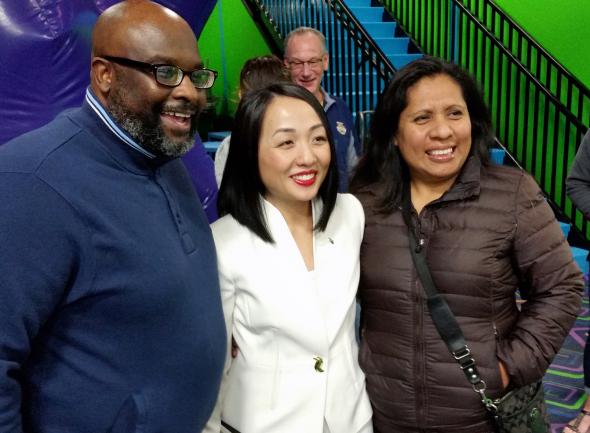 A Milwaukee County woman has become the first female Hmong-American to be elected judge in the U.S. Kashoua “Kristy” Yang easily defeated Fox Point municipal Judge Scott Wales in a contest to replace a retiring Milwaukee County circuit judge. Yang has practiced family law and worked on Social Security and worker’s compensation issues. Part of Yang’s campaign highlighted coming to the U.S. as a refugee from Laos at age six. She said her family’s history is about survival, and that’s given her perseverance and a strong work ethic.

Yang said her victory is important for the Hmong community. She said she tries to see the humanity in everyone, and will try to take that philosophy with her when she heads to the Milwaukee County bench this summer, for a six-year term. Yang graduated from the University of Wisconsin-Madison Law School in 2009.

Lautenschlager’s Son To Run For AG 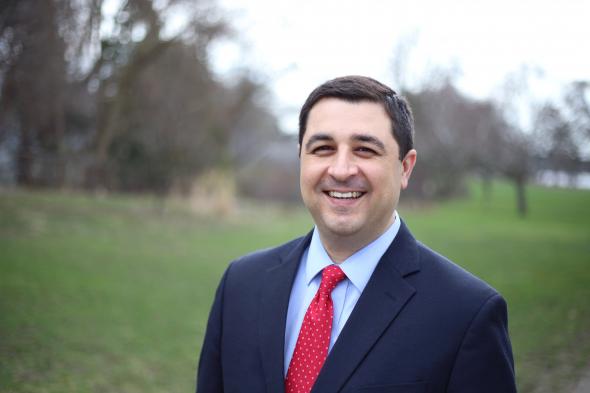 A Madison lawyer who’s the son of former Wisconsin Attorney General Peg Lautenschlager has announced he’ll run for his mother’s old job in 2018. Democrat Josh Kaul will seek to replace Republican Attorney General Brad Schimel, who was elected to his first term in 2014. Kaul said Schimel has politicized the Wisconsin Department of Justice and strayed from the values of Wisconsin residents.

Kaul, 36, graduated from Stanford Law School in 2006. His jobs after graduation include a stretch from 2010 to 2014 as a federal prosecutor for the U.S. Attorney’s office in Baltimore. Kaul also spent time in private practice, where he was recently part of the team of lawyers that challenged several Republican-authored changes to Wisconsin’s election laws, including restrictions on early voting.

A Tax Break for Beekeepers

Wisconsin lawmakers are hoping to help the state’s bee population by helping beekeepers save money.

Currently, Wisconsin beekeepers with 50 or more hives don’t have to pay sales tax on equipment and other items needed for their business. A new bill proposed in the state Legislature would expand that tax exemption to any beekeeper, regardless of size.

The current exemption is part of a larger program that waves sales taxes for agriculture-related businesses like farming and horticulture.

“We don’t count how many dairy cows a dairy farmer has,” said state Rep. Amy Loudenbeck, R-Clinton, one the bill’s sponsors. “If somebody is in the business of beekeeping, whether it’s for producing honey and wax or for going out and pollinating fields, that’s as much a part of our food supply chain as other types of farming.”

Scientists working for the Global Lake Ecological Observatory Network have studied 370 freshwater lakes. Most of the lakes are in 10 northern states, including Wisconsin.

Comparing data now to historical records, the study concludes most water bodies have seen a big jump in salt levels, or salinization. University of Wisconsin-Madison Limnology researcher Hilary Dugan said road salt is the main culprit, even salt that was spread years before.

“The thing about road salt is that once it’s applied to the landscape, there’s really nothing that’s going to remove it, and so it can sit in soil for a long time, and as soon as there’s any type of rain, it gets washed off into the local stream and lakes,” Dugan said.

Dugan said the study shows in the Madison area, the concentration of chloride in Lake Mendota is about 25 times what it was a century ago.

The company has been family owned for 82 years and made its Initial Public Offering on the New York Stock Exchange on April 6. On its first day of trading, SNDR held steady at $19 per share.

The company’s Chief Operating Officer Mark Rourke said 28.9 million shares were included in the IPO, with an estimated value of $632.49 million.

“We’re still largely a closely held organization,” Rourke said. “Only about 15-17 percent of the company will be out in the public equity market.”

Rourke said the sale will allow the business to make acquisitions, and to expand its reach into logistics and intermodal transportation, which involves putting the big orange trailers onto trains.

Even though the company with 20,000 employees will now answer to shareholders, Rourke said employees and customers shouldn’t notice any changes.