The closure of a nuclear power plant has led Kewaunee County to implement an extra half-percent sales tax, which went into effect Saturday.

The Kewaunee Power Station closed in 2013, causing the loss of nearly 600 jobs and millions in income for the county, said Kewaunee County Board Supervisor Lee Luft.

“That plant used to generate electric power, which was taxed by the county and actually generated about three quarters of a million dollars in county income,” said Luft, who is chair of the county finance committee. Luft estimates the increased sales tax will amount to $1 million a year.

U.S. Department of Agriculture microbiologist Mark Borchardt recently published findings that indicate cow manure is the leading cause of groundwater pollution in Kewaunee County. But he found that human waste from sanitary systems is spoiling drinking water there, too.

Borchardt told attendees at Environmental Law and Policy Center conference in Madison last week that he’s been making phone calls to the owners of the contaminated wells.

“These folks, I’ve spent my evenings fairly stressed out calling them, saying, ‘you can’t drink your water.’ To find salmonella in a private well, in someone’s home, really shuts things down,” Borchardt said.

He said his staff is out doing more water testing in Kewaunee County. So far, 26 wells they’ve tested are contaminated with cattle manure, 18 with human waste and three with both.

State Of The Tribes Address Requests ‘Respect’ For Sites

Wisconsin’s tribal leaders urged lawmakers to preserve Native American burial sites across the state. During the annual State of the Tribes address before the state Legislature on April 4, Stockbridge-Munsee Community President Shannon Holsey called for preservation of the sites.

“We would never dream of disturbing a mausoleum or a cemetery, why would not the same respect and reverence be given to Native American ceremonial and sacred burial sites,” Holsey said.

A bill introduced in the Legislature last session would have lifted some protections on burial sites. It did not pass.

Holsey also called for increased collaboration between state and tribal leaders on issues including education, broadband internet access and conservation.

The Wisconsin Department of Health Services will use federal funds from the Centers for Medicare and Medicaid Services to invest more than $2.3 million in a program designed to add 3,000 nurse aides to the workforce.

Otis Woods, administrator of the state Department of Health Services Division of Quality Assurance, said the new Caregiver Career Program will meet a growing need in the state.

“We have an aging elderly population, includ(ing) those that are being served in our nursing homes, and we want to be able to do the most we can to help those individuals receive the care and services they need, starting with more direct caregivers,” Woods said.

In Wisconsin, 1 in 7 caregiving staff positions is vacant. By 2040, the state’s 65 and older population is expected to increase 10 percent, according to DHS data. 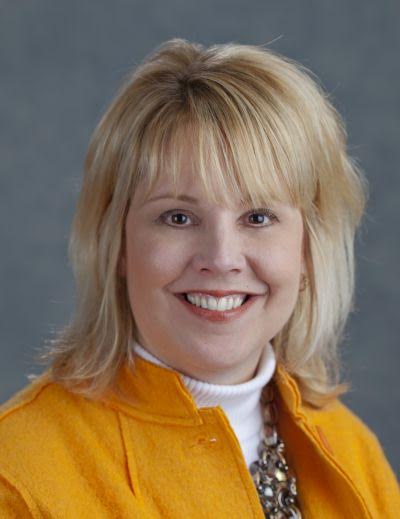 The head of the Wisconsin Department of Natural Resources defended the elimination of the agency’s magazine and a decline in state pollution fines.

Stepp also said eliminating the magazine, which has been published for nearly 100 years, will help agency staff focus on other work.

“It takes away from the work that you have charged us to do,” Stepp told lawmakers.

She said the magazine has about 80,000 subscribers.

Critics argued the magazine has a loyal audience and serves residents who may not be inclined to go online for news.

The secretary was also pressed to defend her agency’s enforcement of pollution regulations.

Numbers released last year by the Wisconsin Wildlife Federation found Wisconsin pollution fines had dropped to their lowest levels in more than a decade.

“I promise you we’re not turning a blind eye to any of that,” she said. “I would say I think it’s good news that those numbers are going down.”

People are illegally cutting birch trees from northern Wisconsin forests and selling the wood to buyers who are supplying a demand for wedding and home décor.

Buck Pettingill, assistant forestry administrator for Washburn County, said he first started noticing the thefts last fall. Since then, he said more than 1,700 birch trees have been illegally harvested from their county forest.

“The individuals I caught were actually bundling the limbs,” he said. “They were cutting the tree down. They’re taking the limbs off the tops.”

“This theft is replacing theft of scrap metal or copper that for a long time has led to quick money for drug addicts and habitual criminals,” Richter wrote in the post. “Thefts are occurring on county and state forests as well as on private property. The subjects responsible for our birch thefts have no regard for the resource, and hastily cut, load, and run from the theft site.”