The state Assembly has passed a bill lifting Wisconsin’s decades-old moratorium on sulfide mining. The measure passed on a vote of 53-38 on Nov. 2.

“Knowing that we can do mining well here in Wisconsin, especially in northern Wisconsin, where we know a significant amount of resources are, we should at least be able to entertain, ‘Why not mining in our state,'” said Rep. Rob Hutton, R-Brookfield, the bill’s sponsor. “This is an environmentally and scientifically sound piece of legislation that simply opens up the discussion for a permitting process that in essence doesn’t exist today.”

Wisconsin’s mining moratorium, signed by former Gov. Tommy Thompson in 1998, requires companies seeking to mine sulfide ores such as copper, zinc, or gold to provide examples of similar Canadian or U.S. mines that operated and were closed for 10 years without causing pollution before they are authorized to mine in the state.

Opponents to the bill have argued there haven’t been adequate technological advances to protect the state’s water from the potential risks of sulfide mining.

“Sulfide mining is dirty and it pollutes our water,” said Rep. Katrina Shankland, D-Stevens Point. “This bill is a giveaway to the dirtiest industry in America. It removes an important protection from state law, one that passed with strong bipartisan support and one that succeeded for years.”

The Senate is aiming to take up the bill soon.

Children of any age could go hunting in Wisconsin under a bill that passed the state Assembly Nov. 2. Its backers argued that parents – and not the government – should decide when children are ready to hunt, while critics wondered why children should be allowed to carry rifles through the woods.

Under current law, a child as young as 10 can go on a mentored hunt with an adult in Wisconsin. The Assembly bill would eliminate that age restriction.

“I think that line should be drawn by the parents,” said state Rep. Rob Stafsholt, R-New Richmond, the measure’s sponsor. “If you don’t think they’re ready under the age of 10, then please don’t take them. This gives the choice back to the parent.”

“I got a grandson that’s five years old,” said Rep. Gary Hebl, D-Sun Prairie, one of the lawmakers who voted against the bill. “Imagine the scenario. I’m with my grandson and we both are walking around with rifles. That’s not the Old West. That’s insanity.”

The National Rifle Association and several other hunting groups support the plan. The Wisconsin Wildlife Federation doesn’t, arguing that the one-firearm restriction in current law is critical to mentored hunting.

The plan now heads to the state Senate.

Supporters of the bill say hundreds of people in Wisconsin are clamoring for the opportunity to buy a Tesla, and currently have to cross state lines to do so.

Supporters of the bill argue current law impedes the free market. They also say allowing Tesla to open shops in Wisconsin will create jobs in car sales and service.

But the Wisconsin Automobile & Truck Dealers Association opposes the bill. Bill Sepic, president of the association, said current laws governing car sales are in place for a reason. 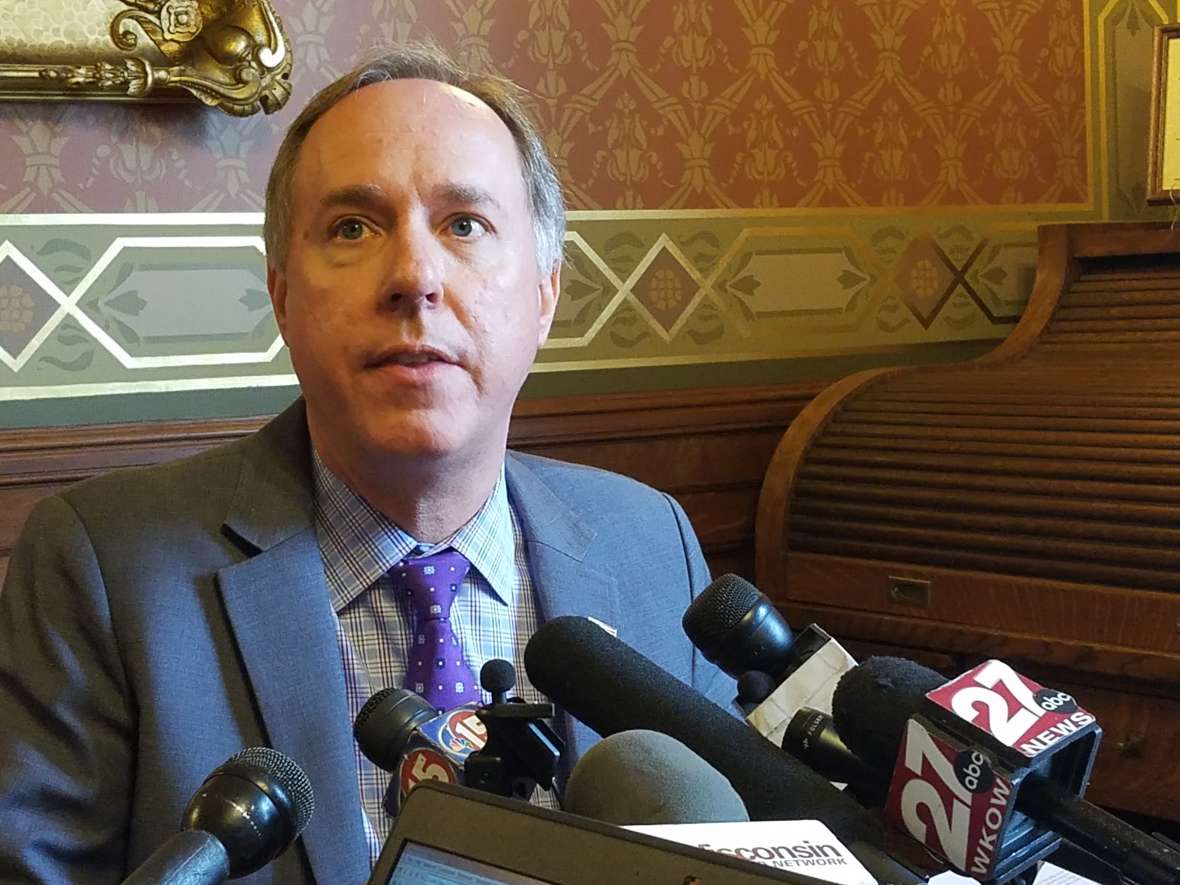 The liberal group One Wisconsin Now is suing three GOP state lawmakers for blocking the organization on Twitter, arguing the step amounted to a violation of the First Amendment.

“Public officials have created a public forum using public resources to discuss public policy,” said One Wisconsin Now director Scot Ross. “It should be open to all members of the public, period.”

It contends their Twitter accounts amount to digital town halls, in which lawmakers use tweets to communicate news and information to the public, and members of the public can reply to exchange views.

“They are impeding our ability to see their communications, and they are doing it because they disagree with our positions on issues,” Ross said.

In its Twitter profile, One Wisconsin Now describes itself as a liberal group that does liberal things. It regularly uses the forum to attack, or mock Republicans.

Ross said that that doesn’t give Republicans a right to keep his group out of the conversation. “I believe snark is protected under the First Amendment,” Ross said.

While this may be the first lawsuit of its kind in Wisconsin, a similar lawsuit has been filed against President Donald Trump by seven people the president blocked on Twitter.

Organic Valley is helping launch several new solar projects in southwestern Wisconsin. The farmer cooperative has agreed to buy power from a group of municipal utilities in order to fund more than 12 megawatts of solar projects in Wisconsin, Minnesota and Iowa.

“The cost of electricity is going to be reduced over the life of these systems for everyone in these communities,” said Stanley Minnick, energy services manager at Organic Valley. Minnick said the program will increase access to renewable energy in rural communities without requiring an investment from residents.

OneEnergy Renewables will build and own the solar projects, selling the power to the Upper Midwest Municipal Energy Group and ultimately Organic Valley.

“It’s something that’s kind of rare in the business for large users of power that are active in the community to also work closely with their utility to make new projects happen,” Eddie said.

Construction on the projects will begin next spring and is expected to be complete by 2019.