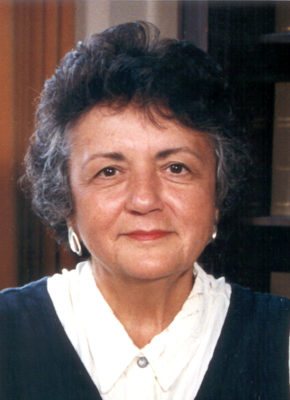 Wisconsin Supreme Court Justice Shirley Abrahamson, who has served on the court for more than 40 years, announced she won’t seek re-election in 2019.

Abrahamson, 84, was the first woman to ever to sit on the court after she was appointed to the bench by Democratic Gov. Pat Lucey in 1976. She won four statewide elections to keep the seat and served as the state’s chief justice for nearly 20 years.

In recent months, Abrahamson has heard oral arguments via telephone while she’s undergoing medical testing, according to the Milwaukee Journal-Sentinel.

In a written statement released by her office, Abrahamson did not address any health concerns, saying only that it was a difficult decision not to seek another term.

He Ain’t Heavy, He’s from Wisconsin

Wisconsin may be heavier than residents want to admit. Past estimates have put the state’s obesity level at nearly 31 percent, but a new study associated with the University of Wisconsin School of Medicine and Public Health puts obesity 10 percentage points higher. And researchers have zeroed in on what parts of the state are the heaviest.

Unlike other studies that rely on self-reported data, the new report from UW’s Obesity Prevention Initiative relies on actual numbers on the scale taken during doctor visits, and the data is presented in a searchable online obesity map intended for widespread use.

Some 1.8 million patient measurements were included in the obesity estimates, or about 31 percent of the state. The obesity map shows 41.2 percent of adults were obese in 2015-16 and 14.8 percent of children statewide experienced obesity. But it varies greatly depending on where people live. There are big differences between ZIP codes in rural areas versus urban areas.

“It shows in vivid detail how poorer, rural communities are left behind,” said Lawrence Gostin, faculty director for the O’Neill Institute for National and Global Health Law at Georgetown University, who was not involved in the study.

The state is convening a task force to address some of the biggest issues facing the Wisconsin dairy industry. Gov. Scott Walker announced the creation of the Wisconsin Dairy Task Force 2.0. The name of the group makes reference to a similar state task force in the 1980s.

“Dairy farmers are facing challenges due to an extended period of low milk prices and market uncertainty,” Walker said in a statement. “By creating this task force, industry experts can work together to create real solutions that can help our farmers, processors, and allied organizations, and to ensure that our dairy industry is not only our past, but our future.”

The task force will be chaired by Mark Stephenson, director of Dairy Policy Analysis at the University of Wisconsin-Madison.

He said he wants to listen to those in the dairy industry to better understand and prioritize the biggest concerns.

A new study on ballast water discharge has found Great Lakes ships are moving non-native species from the lower lakes to western Lake Superior. Study authors say the research provides clear evidence of the transport of organisms through ships’ ballast water tanks while the shipping industry contends more research is needed to better understand the potential impacts of their movement.

The study was conducted by the Great Waters Research Collaborative, which is a project of University of Wisconsin-Superior’s Lake Superior Research Institute. Principal investigator Allegra Cangelosi said they sampled 15 ballast water discharges from eight U.S. and Canadian lake vessels last year. Of those, 13 contained non-native species, the DNA of bloody red shrimp or both. Several species of zooplankton were detected that were previously unreported at the time of testing.

“It’s the concern that we don’t really know what happens after they’ve been discharged,” said Cangelosi. “In some cases, the condition might be right that the organism could establish and possibly push out other things that are naturally already in the environment.”

The U.S. Fish and Wildlife Service is once again taking steps to remove the gray wolf from the endangered species list. The move comes after a federal appeals court retained federal protections for the species last year.

“Wolves in the western Great Lakes have achieved recovery,” said USFWS Acting Director Rowan Gould. “We are taking this step because wolf populations have met recovery goals and no longer need the protection of the Endangered Species Act. We are asking the public to review this proposal and provide us with any additional information that can help inform our final decision.”

This is the second attempt by the federal government to delist the gray wolf.

It did so in 2011, which led Wisconsin lawmakers to establish a controversial wolf hunting season. But in 2014 a federal judge overturned the Fish and Wildlife Service’s decision saying the agency made errors throughout the process including not accounting for things like how a loss of habitat may impact wolf recovery. The 2014 federal ruling also ended Wisconsin’s wolf hunt.