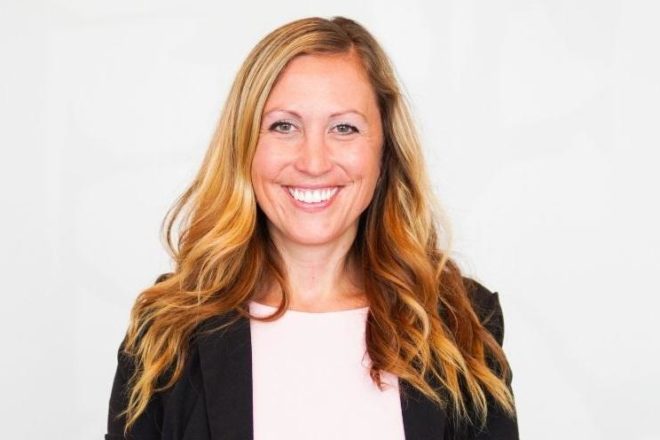 In an interview with Wisconsin Public Radio, Stuck said her own working-class background helps her to relate to residents in her district.

She said 16 years ago, she was a single mother on welfare. During the years since, she’s worked as a rural mail carrier, substitute teacher, school-bus driver and in other jobs as she put herself through college and graduate school. She’s served in the Wisconsin Assembly since 2015. Stuck’s husband is a union sheet-metal journeyman, and they are raising four children.

She said she is most proud of her bipartisan efforts in the state Assembly. Stuck said the Trump administration’s trade wars are hurting Wisconsin’s farmers and manufacturers, and she criticized Gallagher for failing to speak out against escalating tariffs.

Walker Not Available for Public Office

Former Gov. Scott Walker says he won’t run for governor or U.S. Senate in 2022, potentially opening up the GOP field for the two statewide races.

Walker has accepted a job as president of Young America’s Foundation, a group that promotes conservative ideas among young people. Walker previously left the door open to running for either office after he lost his bid for a third term as governor last year.

The former governor is serving as an honorary chair for the Center for State-led National Debt Solutions, a group leading the push for a balanced-budget amendment to the U.S. Constitution. He’s also serving as a national finance chair for the National Republican Redistricting Trust, a group that advocates for Republicans in redistricting disputes.

Walker said he will start his new position with Young America’s Foundation in 2021.

The new president of the UW System Board of Regents has announced an “aggressive” campaign to advocate for the 26 state-owned campuses. The announcement follows a regents meeting during which members spoke of the need to encourage state lawmakers to lift a six-year freeze on tuition increases.

Regents President Drew Petersen announced the creation of the All in Wisconsin campaign during the July 12 board meeting in Madison. He called the effort an “aggressive, statewide campaign” to highlight the value of the UW System to the state’s economy and taxpayers.

Petersen said the UW System generates $23 for every $1 invested in the state’s two-year colleges and four-year universities. That figure comes from an economic-impact study conducted by Northstar Analytics and commissioned by the UW System. The report also states the UW System has a $24 billion impact on Wisconsin’s economy and has generated and supported 167,000 jobs, based on data from the 2016-17 fiscal year.

Petersen said the initial plan is to hold at least six meetings around the state in locations such as River Falls and Stevens Point to “build the case and showcase what we’ve been accomplishing.”

Regent Bob Atwell told the board it was “critical” that they help the Legislature arrive at a “different conclusion” about the tuition freeze when lawmakers consider the next two-year state budget. Regent Tracey Klein concurred, emphasizing the need to “persuade” the Legislature to restore tuition-setting power to the board. The tuition freeze went into effect after state lawmakers objected to the amount of fund-reserve balances held by the UW System during years when regents increased tuition rates.

Lawmakers did approve a substantial increase in the UW System’s capital budget, which funds building and renovation projects around the state. The Joint Finance Committee approved more than $1 billion in new spending authority for the UW System.

Pelicans – once a rare sight in the Great Lakes region – are continuing to expand their range in Wisconsin and across the region as a whole, according to a new study.

Although sightings have grown more frequent since 2014, the study says the bird has established breeding status for the first time in Lake Erie, with the potential to move into lakes Huron and Ontario.

The American white pelican has historically been a bird of the West and the South, but since the 1980s, Wisconsin has seen a steady increase in numbers following habitat loss and human disturbance in native habitats, said Sadie O’Dell, a wildlife biologist at the Horicon National Wildlife Refuge.

The American white pelican feeds primarily on fish and is one of the largest birds in North America, with a wingspan measuring nine feet. The birds typically breed in large groups and nest on isolated islands close to Wisconsin’s other colonial nesting birds, such as the double-crested cormorant and herring gull, O’Dell said.

The pelicans have no predators in Wisconsin, though the young are vulnerable to eagles, foxes and raccoons.

The first pelicans to arrive in Wisconsin settled in the Green Bay region and Horicon National Wildlife Refuge, which saw its first nests in 1999, O’Dell said. By 2003, 522 nests were recorded there, with 907 nests statewide – a 370 percent increase since 1999. From 2005 to 2013, the state’s population continued to rise, reaching more than 4,100 nests.