Wisconsin lost 47 dairy farms in August, putting the state on pace for its worst year since 2013. The latest data from the state Department of Agriculture, Trade and Consumer Protection shows there were 8,372 licensed dairy producers at the beginning of September. That’s 429 fewer than were licensed at the start of the year.

It’s the biggest decline since 2013, when the state lost 434 farms in the first eight months of the year.

Mike North, president of the Dairy Business Association, said it’s not surprising given the current market and long-term trend toward consolidation in the industry.

“There’s lots of motivating factors in this but it’s a trend that’s been going on for my entire lifetime,” North said

But Shelly Mayer, executive director of Professional Dairy Producers, said low milk prices for more than three years just became too much for some farms.

Both Mayer and North say retirement and the absence of a successor to take over the farm are also one of the reasons Wisconsin has fewer dairy farms.

“Which is more than the controversial Foxconn diversion and almost as much as the Waukesha water diversion, which is also extremely controversial,” said Peter Annin, author of The Great Lakes Water Wars. “There was no public hearing – no public notification – about this increase in the Pleasant Prairie diversion.”

Annin discovered the increase as part of writing the latest edition of his book. The increase, Annin said, makes Pleasant Prairie the second-largest water diversion in the Great Lakes behind Chicago.

The discovery has led some to wonder whether the state followed the rules of the Great Lakes Compact, a multi-state agreement overseeing water diversions from the Great Lakes. Environmental organization Alliance for the Great Lakes is calling on Wisconsin to explain the increase.

Wisconsin Democrats have re-filed a lawsuit that seeks to overturn the state’s Republican-drawn legislative districts, but the latest version has more than three times as many plaintiffs.

The original case, filed by 12 Democratic voters in 2015, made it all the way to the U.S. Supreme Court before justices there sent it back, ruling the plaintiffs lacked standing to overturn a statewide map.

Justices didn’t rule on the merits of the lawsuit, which made it possible for Democrats to revive the case under slightly different parameters.

This latest version was filed by 40 voters, including 33 who live in districts that Democrats say have been “unlawfully diluted” by the GOP district lines.

The new case also puts more of an emphasis on the First Amendment, contending plaintiffs’ constitutional right of association has been violated.

The case seeks to have the current map thrown out for use in the 2020 election. Regardless of what happens, this year’s elections will be conducted using the current map.

Racine County and the Wisconsin Housing and Economic Development Authority are trying to address a housing shortage a new Foxconn manufacturing facility in the Village of Mount Pleasant is expected to exacerbate. Taiwanese manufacturer Foxconn has pledged 13,000 jobs and a $10 billion investment.

While the company has set up its North American headquarters in downtown Milwaukee, Racine County leaders expect the bulk of Foxconn employees to move within county limits and they want to be ready.

Racine County Board members were told more than 10,000 units would be needed in the region. According to a Southeastern Wisconsin Regional Planning Committee housing plan, there’s a specific need for affordable housing and housing diversity.

The Red Cliff Band of Lake Superior Chippewa said plans are underway for a cell tower on the tribe’s reservation. A tribal official said the recent drowning deaths of a Wisconsin woman’s husband and children in the Apostle Islands underscores the need for enhanced emergency communications in the area.

Cari Mews of Loyal lost her husband, Erik Fryman, and their three young children after their kayak took on water and capsized near Michigan Island on Lake Superior. Authorities said the family’s calls and texts for help went unanswered for hours due to poor cell coverage.

Red Cliff IT director Theron Rutnya said the tribe hopes to build a cell tower within the next five years as part of a nationwide effort to create a public safety broadband network. He said the cell tower will cover the northern part of the Apostle Islands, the reservation and surrounding towns.

“That particular incident, as tragic as it is, brings this all to the forefront of public discourse that we should be here in these areas,” said Rutnya. Red Cliff’s Rutnya said there’s no cell reception near Michigan Island, and a lone cell tower on Madeline Island only covers a small portion of the reservation. 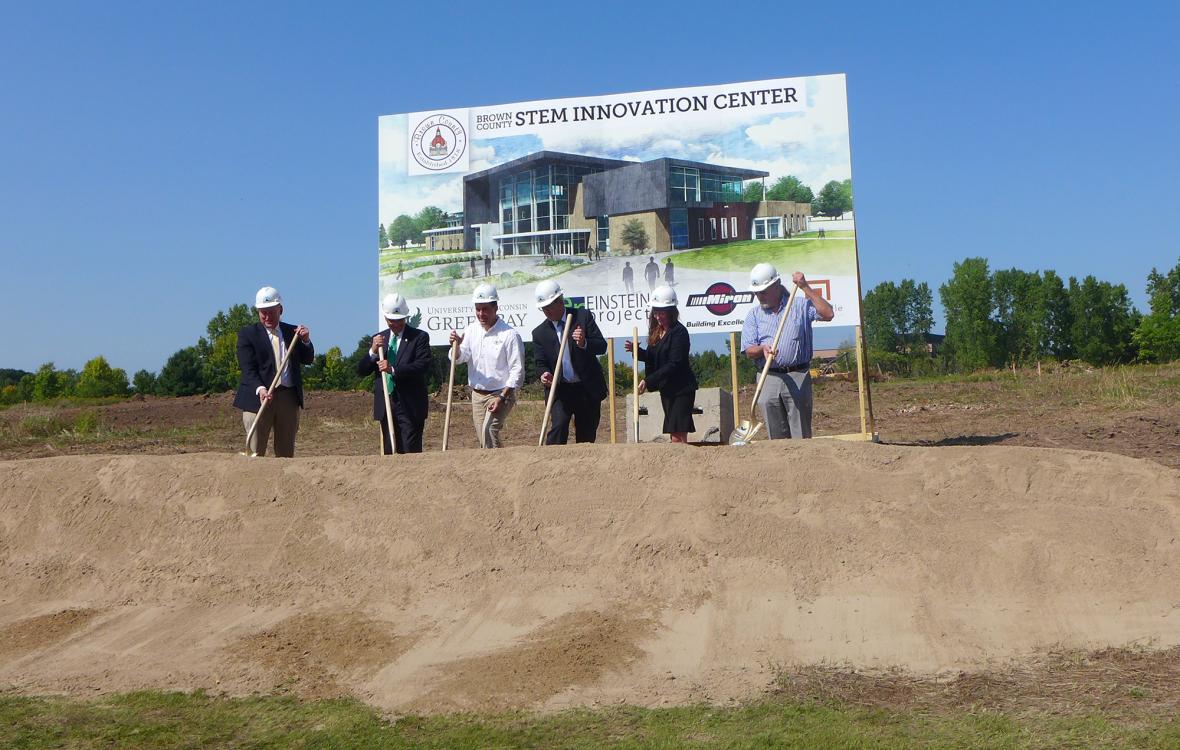 The state of Wisconsin is investing $5 million into a new “STEM Innovation Center” at the University of Wisconsin-Green Bay.

The $15 million Brown County STEM Innovation Center will house UW-Green Bay’s School of Engineering and the Einstein Project, a nonprofit that supports STEM, an acronym that stands for Science, Technology, Engineering and Math.

Jim Golembeski, executive director of the Bay Area Workforce Development Board, said the school will help keep young people in the area and stave off “brain drain.”

“What this will really do is bring K-12 kids in to be part of this and get a taste of science, technology, and engineering and math early on and do it right on the university campus so they feel at home, stay here, work here.”

State funding for the center was part of Gov. Scott Walker’s 2017-2019 capital budget.

The school is expected to open next fall.