State lawmakers would gain new powers to block administrative rules that are deemed costly for businesses under a measure that cleared the state Senate.

The measure is a top priority for business groups that say it would hold bureaucrats accountable, but Democrats argued it would prioritize businesses’ wants while shortchanging the public good.

“This is the broadest, most dangerous bill you’ve never heard of,” said Sen. Kathleen Vinehout, D-Alma. “It’s an obscure way to shut down government from doing something that the Legislature intended it to do.”

The measure’s sponsor, Sen. Devin LeMahieu, R-Oostburg, said the change was cause for celebration.

“What it does is it shifts the power back to us, the elected officials, in the rule-making process,” said Oostburg, author of the plan known as the REINS Act.

The bill passed 19-14 with Sen. Robert Cowles, R-Green Bay, joining all Democrats in opposing the plan. Cowles said the phosphorus rule that was the “face” of this bill was initiated by the federal government.

“I don’t know why we think that we can stop a federal rule,” Cowles said. 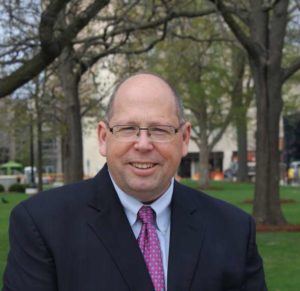 A Madison lawyer has announced he’s running for the Wisconsin Supreme Court, partially in response to the election of Republican President Donald Trump. Tim Burns is seeking the Supreme Court seat held by Justice Michael Gableman. While the state Supreme Court is officially nonpartisan, Burns has a history of supporting Democrats, while Gableman is backed by Republicans. Burns is a partner at the firm Perkins Coie in Madison.

Burns said he has serious issues with some of the opinions written by Gableman, including one that shut down a John Doe investigation into Walker’s campaign and another that upheld Walker’s landmark Act 10 collective bargaining law. Burns also took aim at Gableman’s work ethic, saying Gableman had not written enough opinions as a justice.

Burns also attacked Gableman for rejecting a proposal that would have required justices to recuse themselves from cases involving supporters who gave their campaigns $10,000 or more. “There is a basic failure of ‘Judging 101’,” Burns said.

Almost every farm dropped by Grassland Dairy Products has a new buyer for their milk, according to the Wisconsin Department of Agriculture, Trade and Consumer Protection.

Grassland officially ended contracts Monday with around 58 Wisconsin farms after giving them a month’s notice to find a new buyer. The company said lost sales of ultra-filtered milk to a Canadian customer forced them to cut producers.

DATCP Secretary Ben Brancel said the situation highlights the need for more communication between processors and farmers about the demand for milk.

“Every farmer should be aware of what the marketplace is doing. Every processor should be sharing that information with the farmer,” Brancel said, adding that the dairy industry may need to adjust its business practices to provide more security for farms entering into buying agreements.

A law allowing the state to jail pregnant women suspected of drug abuse has been declared unconstitutional by a federal judge.

The case was brought by Tamara M. Loertscher, who was pregnant in 2014 and jailed in Taylor County after testing positive for drugs and refusing court-ordered inpatient treatment.

But Dr. Kathy Hartke, chair of the Wisconsin section of the American Congress of Obstetricians and Gynecologists, said the law ignores that addiction is a medical issue not a moral failing.

“We don’t lock women up if they’re diabetic and they’re not following their treatment plan or if someone is smoking a pack a day, which causes more fetal deaths than some of these other drugs that could be used,” Hartke said.

Taxpayers in Wisconsin are reporting threatening phone calls from imposter Internal Revenue Service agents that at first appear to be coming from the Wisconsin Department of Revenue office in Milwaukee.

The scammers, posing as IRS agents are claiming that those receiving the calls owe back taxes and that they must pay immediately using iTunes or Amazon gift cards, wire transfers or PayPal.

Albracht said neither the United States or Wisconsin Department of Revenue would contact taxpayers by phone. Also, he said state or federal tax collectors never demand immediate payment and certainly not via iTunes or Pay Pal.