The University of Wisconsin System will ask for a $107.5 million increase in state funding over the next two years, a sizable jump from its last funding request in 2016. The agency’s 2019-21 budget proposal includes a $82.5 million bump for performance-based funding and $25 million for new campus-based programs aimed at things like increasing on-time graduation rates and enrollment in certain majors. The System’s request in the last budget cycle was an increase of $42.5 million.

“We think this budget is reasonable, it’s responsive, and it fills an area that the state feels it needs badly,” said UW System President Ray Cross, referring specifically to initiatives aimed at increasing faculty in STEM and health-related programs.

The state Legislature approved new performance-based measures for UW System funding earlier this year, a move some lawmakers decried as creating “haves” and “have nots” within the System.

Cross said he is worried about some campuses facing harmful cuts if they don’t achieve benchmarks in things like student retention and graduation.

The proposed $6.3 billion budget – with funding streams from the state, federal government, grants and other avenues – also includes $25 million for what the System calls “capacity building initiatives,” which include plans submitted by UW System institutions to expand access to high-demand courses, create new internships and establish community partnerships.

Gov. Scott Walker has said he intends to continue the tuition freeze on UW System campuses that has been in place since 2013. Cross said he believes tuition should rise as wages do.

“I think that’s reasonable,” he said.

Cross said the System’s requested increase for performance-based funding is intended to offset the lack of a tuition increase. 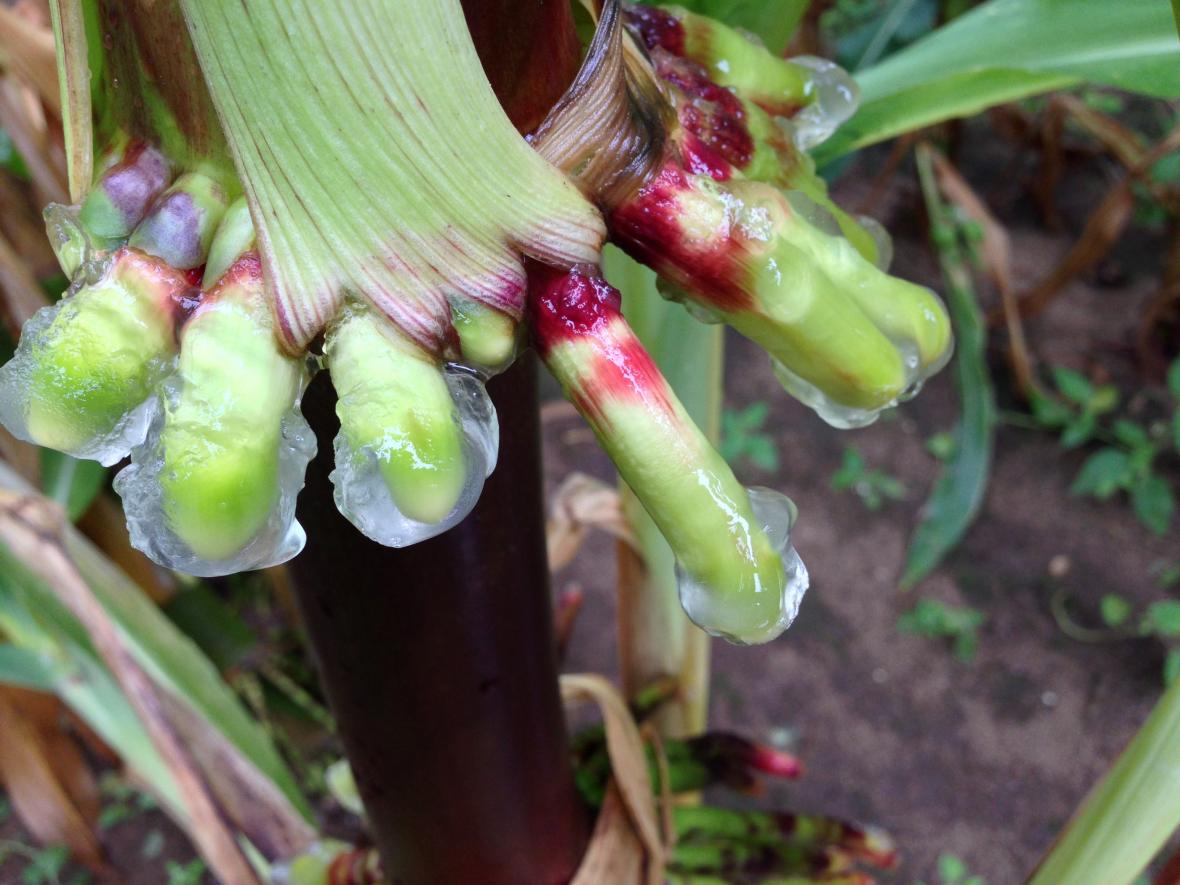 Researchers at the University of Wisconsin-Madison have helped discover a corn variety that could reduce the amount of nitrogen fertilizer farmers need to spread.

The tropical variety of corn has been grown in Oaxaca, Mexico, for thousands of years. Because the area’s soils have little nitrogen, the corn has adapted over the years, developing a system for taking nitrogen out of the air. This process, called nitrogen fixation, is something researchers around the world have been working to identify and breed into corn for more than 100 years.

Jean-Michel Ané, a professor of bacteriology and agronomy at UW-Madison, said he couldn’t believe it when a researcher from food company Mars, Inc. approached him about the possibility.

“I was extremely skeptical because that is very unusual,” Ané said. “The only plants that really do that nitrogen fixation with bacteria are mostly legumes, like soybeans.”

Because the idea was so revolutionary, Ané said he and his partners took almost 10 years to verify what was happening. Their study was recently published in the journal PLOS Biology.

“We wanted to be very careful in our claims that nitrogen fixation is taking place in that corn so we used absolutely all of the techniques,”  Ané said.

The team found that roots along the stalk secrete a sugary gel for bacteria, which turns atmospheric nitrogen into a form usable by the plant. The corn can get up to 80 percent of its nitrogen through the process, which would have huge impacts if the trait could be bred into U.S. corn varieties.

La Crosse Mayor Tim Kabat proposed a $25 vehicle registration fee for city residents last week, less than a month after the La Crosse County Board approved a transportation referendum for the November ballot.

Chairwoman Tara Johnson said the board is asking voters to consider a $56 wheel tax, among several options, to increase local funding. This would be the highest local wheel tax in the state.

“I think it’s really an indication of the bind that local governments are in across the state, that we are having to come up with additional revenue sources because the state has not provided the funding for roads,” Johnson said.

County officials are also asking voters’ opinions on a 15 percent increase in property taxes and a plan introduced last year to create a premier resort area tax. Each one of these options would generate $5 million annually, which Johnson said the county needs to spend to catch up on $101 million of unmet road needs.

Many local governments have added or are considering their own wheel taxes this year.

A decline in the number of ruffed grouse in Wisconsin is alarming hunters who think it could be related to West Nile virus. To determine what impact, if any, the disease is having on the population, the state Department of Natural Resources is kicking off a three-year study on the matter this fall.

Ruffed grouse are by far the most popular game bird in Wisconsin. Their population swings every 10 years and right now grouse numbers should be increasing. But last season around 40,000 fewer birds were shot than the year before.

“Based on those concerns, based on the fact that Michigan had detected West Nile virus in the population for the first time last year, we thought it would be wise to get some baseline information on West Nile virus prevalence in ruffed grouse here in Wisconsin,” Witecha said.

The DNR will partner with natural resource agencies in Minnesota, Michigan and Pennsylvania on the study. Also, Witecha said the Ruffed Grouse Society and Wisconsin Conservation Congress is playing a vital role in recruiting hunters to collect blood and tissue samples to test for West Nile virus.

Researchers are trying to pinpoint the cause of a recent blue-green algae bloom on Lake Superior. The bloom appears to be the largest one witnessed so far on the lake. Eyewitness reports have spanned a roughly 50-mile stretch from east of Superior to the Apostle Islands.

The first blue-green algae bloom on Lake Superior was reported in 2012 following storms that caused massive flooding in the region, said Robert Sterner, director of the Large Lakes Observatory at the University of Minnesota-Duluth. “There seems to be a relationship between a large gigantic rainstorm like we’ve had in these recent years and the appearance of these blooms.”

While storms seem to be an important link, Sterner said the warming of Lake Superior is an important phenomenon that needs to be better understood.

“Generally, we’re seeing these blooms occur in the warmest of the years. We also believe there’s some local meteorological effects having to do with wind,” said Sterner. “There’s a number of different factors here that we’re basically trying to untangle.”