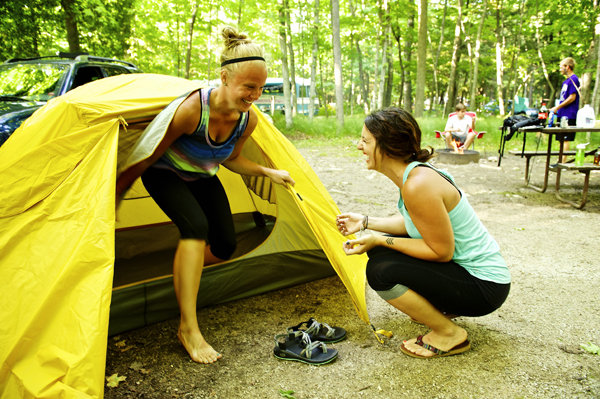 Campgrounds in Door County are temporarily closed because of the coronavirus. Photo by Len Villano.

Camping fees could increase up to $10 a night and daily park admission could increase $5 at the discretion of DNR Secretary Cathy Stepp. The annual vehicle sticker priced at $28 would not increase. The committee also approved an increase to the number of electric hookup campsites and an associated $5 nightly increase for electricity at the five most popular state parks:  Devil’s Lake, Peninsula, Kohler-Andrae, High Cliff and Willow River.

Senator Howard Marklein (R – Spring Green) authored the motion, which adopts some of Gov. Scott Walker’s recommendations for state parks in his proposed 2017-19 budget. Marklein spoke about his experience camping in Peninsula State Park when explaining his motion before the committee. 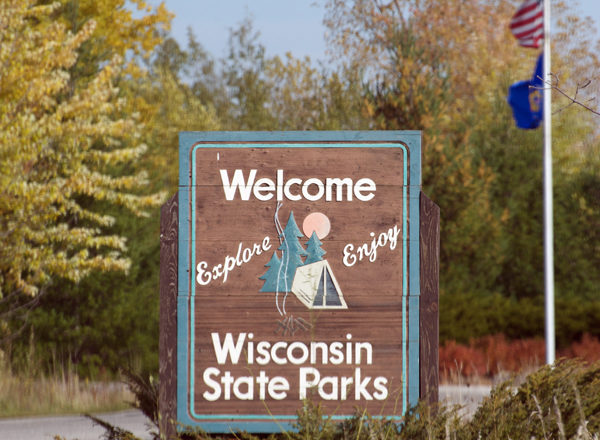 “My family has been camping in Peninsula State Park for well over 20 years,” said Marklein.

Marklein said his family had to reserve a campsite 11 months before actually camping at Peninsula State Park.

“What [the legislature] did two years ago was increase the camping fees in the higher demand parks to reflect the fact that there is higher demand for those campsites,” he said.

After conversations with Peninsula State Park staff, Marklein said the increased fees had no affect on occupancy numbers in the campgrounds. Now, they seek to implement similar demand-based fee increases again.

The Democratic minority on the committee argued increasing fees would eventually price lower-income residents out of the parks.

“I understand taking a tip from the private sector there’s a high demand,” said Senator Jon Erpenbach (D – Middleton). “[But] this isn’t staying at the Marriot, this is a state park owned by all of us in the state of Wisconsin.”

“The local economic impacts of this private sector stimulus accounted for over 8,200 jobs and $350 million in income for residents of Wisconsin,” said Representative Gordon Hintz (D – Oshkosh). “If we didn’t call this funding the state park, but we said, what if we looked at this as an investment to spur our economy? What if we put it in a tourist section, would that have gained more support?”

Daily admission fees and standard camping fees would not increase immediately, but the DNR would have authority to increase them without approval from the legislature. The $5 increase in electric campgrounds would be implemented across the entire system immediately.

The motion also increased the cap on campgrounds with electricity from 30 percent to 35 percent at each park, which received bipartisan support.

The increase in fees at the electric campgrounds is expected to bring in $1 million of revenue annually, which Marklein’s motion designates back to infrastructure and maintenance, beginning with adding electricity to an additional 200 campsites in the system. The state parks system has a backlog of infrastructure maintenance and improvements of more than $200 million.

Defending her motion, Shankland said the committee approved $750,000 for the reconstruction of Eagle Tower while wondering why the state can’t simply provide general funds for the parks in the first place.

The money for Eagle Tower is being allocated from the unobligated Knowles-Nelson Stewardship Fund. The state will match every dollar of private donations up to 50 percent of the total cost with a maximum of $750,000. The Friends of Peninsula State Park have raised approximately $430,000 to date.

“This should certainly make it a lot easier for [the Eagle Tower Fund] to raise money if people know every dollar we put in, the state is going to put in another dollar,” said Representative Joel Kitchens.

Kitchens expects the final price tag for the tower to be somewhere between $1 million and $2 million.

Governor Scott Walker has the ability to veto Eagle Tower’s funding when he signs the budget, but Kitchens believes the funding will survive the budget process. The budget should be finalized and signed by July 1.

The Pulse took a deep dive into many of these concepts, including demand-based pricing, investment in infrastructure and private-sector solution in the 11th annual Sustainability Issue, which you can read online at doorcountypulse.com.