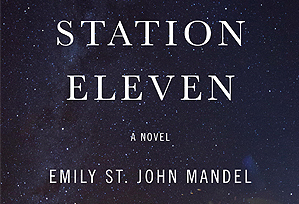 In 2019, HBO Max announced that it would be adapting Station Eleven by Emily St. John Mandel for a miniseries, and the first trailer was released recently.

A Door County Reads selection for 2021, Station Eleven tells the story of a Hollywood star, his would-be savior and a nomadic group of actors roaming the scattered outposts of the Great Lakes region following a worldwide illness that brings the world to a halt.Hiro Murai directed the 10-episode limited series, and it stars Mackenzie Davis, Himesh Patel, Gael García Bernal and David Wilmot. Station Eleven will premiere Dec. 16 on HBO Max.