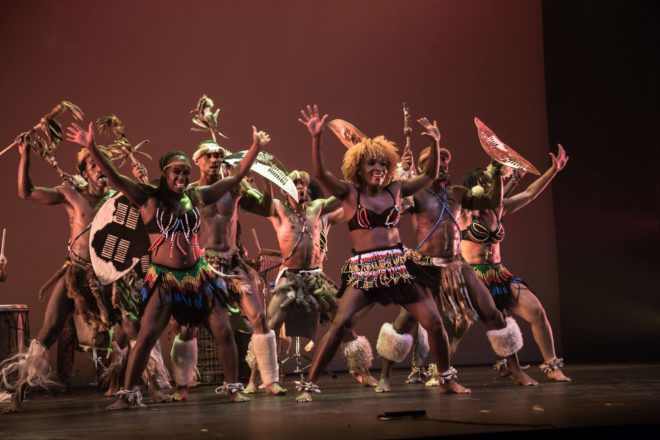 On Jan. 20, the stage of Door Community Auditorium will come alive with the sights and sounds of African and African American dance traditions with a performance by professional dance company Step Afrika!

What began as a cultural exchange program in 1994 by founder and executive director C. Brian Williams to merge the African American tradition of stepping with the South African gumboot dance has become one of the top African American dance companies in the country. Despite its growth from a small, dedicated group of young volunteer dancers to its current roster of 16 full-time dancers, six administrative staff, a board of directors, volunteers and teaching artists, its mission remains the same: to honor the origins of stepping and bring this contemporary dance genre to audiences that ordinarily would not be exposed to it.

Stepping is a form of percussive dance where the body is “used as an instrument to create intricate rhythms and sounds through a combination of footsteps, claps and the spoken word.” In African-based communities, these elements are often used to communicate allegiance to a group. 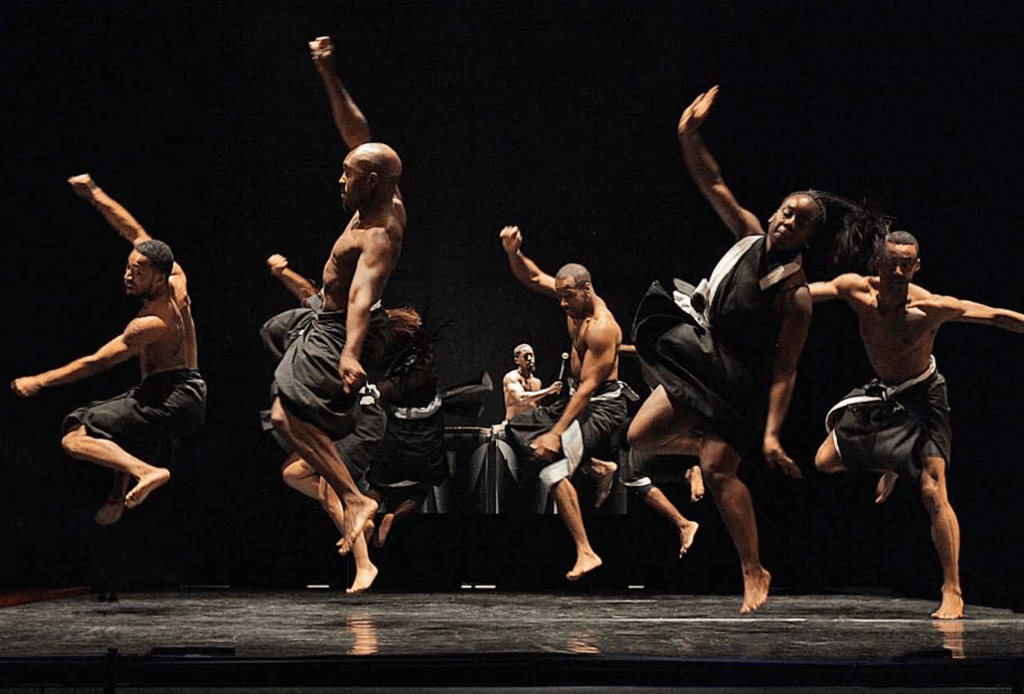 “Stepping is an art form created by African American college students and it’s a way of expressing love and pride for their organization,” explained Williams, who learned how to step in the late 1980s. “I’m a member of Alpha Phi Alpha Fraternity, Inc. and I pledged at Howard University, which is the Beta Chapter of the fraternity. The fraternities and sororities do many good things in the community, they’re strong advocates for community service, for scholarship but stepping is something that they do after they do all these great things in the community. Stepping is a way that they express love for each other as members of their respective organization.”

Step Afrika! celebrates this relatively young tradition and a far older form of celebratory movement: the African gumboot dance, performed by dancers wearing rubber boots. Its origins are in South African gold mines, where laborers faced oppressive conditions – including punishment for talking while working – and were forced to create new forms of communication and entertainment, of which gumboot dancing was one.

Because gumboot dancing and stepping serve a particular purpose for their designated communities, they cannot be learned through classes. Instead, they are passed on through close contact with the communities that practice them.

“In 1989, when I learned how to step, the only way to access the art form was if you became a member of a fraternity or sorority that practiced the tradition,” Williams said. “…The only way to learn how to do the South African gumboot dance in 1991 was either by connecting with a community-based group that preserved the tradition of gumboots or collaborating with artists who practiced and studied the form. I learned the gumboot dance, the first initial movements, from two of my students in a class I was teaching in southern Africa. They knew it just from growing up as children, they call it ‘playing gumboots.’” 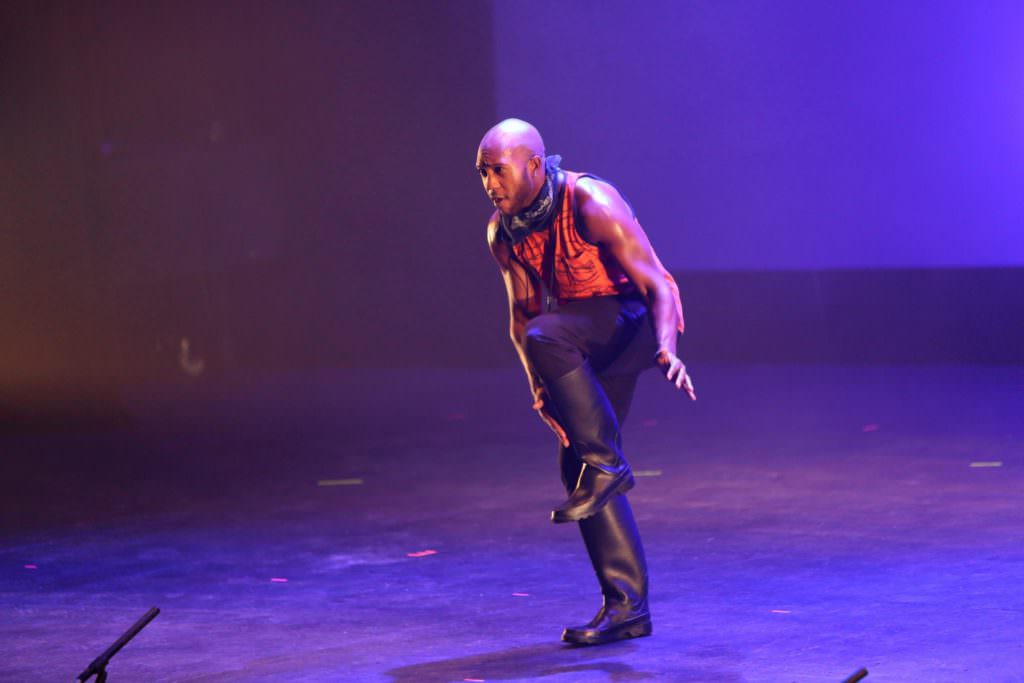 Gumboot dancing during a Step Afrika! performance at the University of Richmond. Photo courtesy of Step Afrika!

While Williams’ original intention was to introduce stepping to South Africa, his exposure to the gumboot dance and the lack of its exposure to most of the world inspired him to develop a dance company that would introduce these art forms to people who ordinarily would never see them.

During the past two decades, that has included performances in nearly 70 countries, where they have performed for students, communities and world leaders. Last February, Step Afrika! headlined the Black History Month reception at the White House, where they performed for President Barack Obama and First Lady Michelle Obama.

While their mission is to honor art forms that have been part of their cultural fabric for more than a century, Step Afrika! has also found its special place in history through the unveiling of the National Museum of African American History and Culture in Washington, D.C.

“We were very honored to create the world’s very first stepping interactive that’s part of the exhibition, so we’re in a museum now,” Williams said. “It’s huge and an honor to be in the museum and in such a prominent position. We’re on the second floor of the Explore More gallery so while we’re in Fish Creek, we’ll be teaching the community a lot and doing workshops with children, which we can’t wait to do, and in the museum, every day a young person or young-at-heart person can walk up to our exhibit and learn how to step with Step Afrika! so we’re really excited about that.”

Step Afrika! takes the stage at 7pm on Friday, Jan. 20 at the Door Community Auditorium. For ticket information, visit DCAuditorium.org, call 920.868.2728 or stop by the box office, 3926 Highway 42 in Fish Creek. For more on Step Afrika!, visit StepAfrika.org.