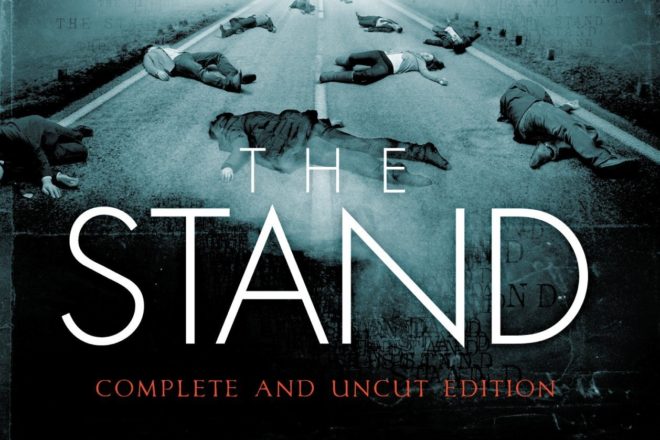 Welcome to a new installment of the Door County Readers series. Twice a month, we invite readers to talk about which books have been most influential to them, their favorite authors, what they’re reading now and more. This week, Peninsula Pulse editorial intern Solomon Lindenberg discusses reading Stephen King’s The Stand during a pandemic. Let the discussion begin!

Had all aspects of life not been overrun by disease and the subsequent quarantine, I would have been much more hesitant to pick up Stephen King’s 1,152-page postapocalyptic dark thriller, The Stand. However, upon reading the first few pages, I realized the novel would be the perfect read during a pandemic.

King wrote the novel in 1978, but he revised and republished it in 1990 as a complete and uncut edition. In addition to being considered one of his most brilliant works, the 1990 reprint – which is the one I read – is King’s longest work to date, surpassing his 1,138-page novel It.

The plot centers on a viral pandemic that ravages the world’s population. Sound familiar? In contrast to COVID-19, however, the virus in The Stand is an extremely contagious and lethal strain of influenza that was developed as a biological weapon in a secret U.S. Department of Defense laboratory. The prologue details the virus’s development and the security breach that causes its accidental release. Nonetheless, the resemblance between the book and life amid the coronavirus is rife.

It was my grandma who told me about The Stand. She said that because the news in mid-March reminded her so much of the time when she had first read the book, she just had to dust it off and read it again. Knowing that I would get the same kick out of reading this fantasy-turned-somewhat-reality, she sent a copy to my house.

And it was a kick I got. Comparing and contrasting stories of the effects of the virus, how it was contracted and spread, and how the public reacted to it made this a read that was equally spooky and entertaining for me.

Hundreds of pages are devoted to vignettes detailing how normal American life comes to a screeching halt, and how seemingly easy it is to kill your closest friends and family members. Toward the beginning of the book, King offers the reader some hope – that things will change, that an escape will be discovered – yet as I became more immersed, the opposite became true.

I’ve read dystopian novels that attempt to manifest their meaning only through allegory. Yet whatever King was trying to say about the real world in 1978 by creating a pandemic-pillaged fictional world – if anything – has completely changed in 2020. Life and death during a pandemic can no longer be considered allegorical. That’s why reading The Stand now is so profoundly different from reading it at any other time after its publishing.

With my poor ability to maintain focus, reading a book of such length and nonlinearity was quite a personal feat. It was undoubtedly King’s writing style that helped me to overcome this.

What I love most about his writing is that he creates such supernatural and illusory worlds, yet his characters are still so relatable, believable and human. This is especially evident in The Stand. While reading, I often found myself laughing at some of the characters because I found that they could easily be compared to people in my life.

King is considered the Master of Suspense for good reason. After completing another of his books, the nickname rings even more true. The Stand’s ability to draw comparisons between its tale and the real world only added to the suspense. Through many pages, I felt as though I was one of King’s pawns. I will say, however, that I’m glad Stephen King doesn’t have any authority over the fate of those who contract COVID-19.