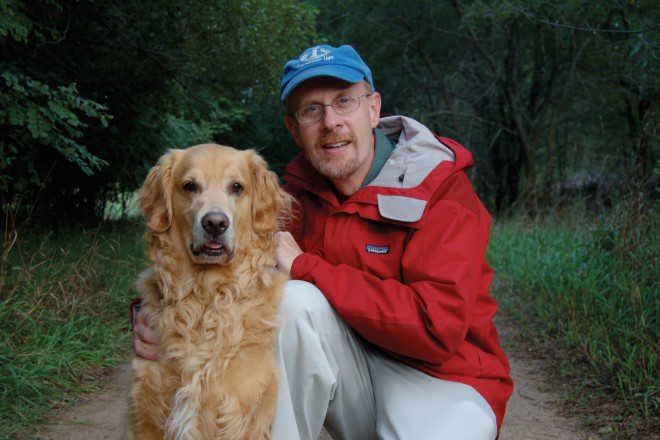 You could call him Door County’s best friend, and he doesn’t even live here.

“Those islands up there in northern Door County are so beautiful and every time I get a chance to go out there I look at it as a privilege and I get a lot of inspiration from just being there in a beautiful natural setting like that,” Tim Sweet said.

Sweet helped found two groups that have helped rebuild historic maritime structures and open them to the public – the Friends of Rock Island and Friends of Plum and Pilot Islands. He’s a librarian at a public school in Clintonville, Wisconsin, and he spends his free time working on projects to fix up those Door County islands.

It all started in 1991, a few years after Sweet began camping on Rock Island. He was invited to a teacher workshop sponsored by the Great Lakes Lighthouse Keepers Association and was inspired to see how the group had fixed up a decrepit lighthouse and got a diverse group of volunteers involved.

The workshop sparked his interest in lighthouses, something Sweet said he shares with many others.

“They’re in beautiful locations, they have unique architecture,” he said. “I think it’s part of what they symbolize too, a light shining through the night with the purpose of trying to guide people to safety. I guess it sounds like a romantic sort of a notion, but that’s probably part of the attraction for me too.”

Sweet and other friends started the Friends of Rock Island in 1994. Three years later they started working with the Department of Natural Resources to restore the Pottawatomie Lighthouse, which is now open for public tours.

“When I was going to Rock Island to either go camping with my family or work on these lighthouse projects, I had to pass by Plum Island on the way and I always thought it was a really neat historic place,” Sweet said.

Sweet was one of the 50 people invited to Plum Island with the Bureau of Land Management in 1999 to talk about finding the best steward for Plum and Pilot Islands. The islands went to the U.S. Fish and Wildlife Service (USFWS), and Sweet and others started a friends group to raise money and awareness about the historical significance of the islands’ buildings.

The Friends of Plum and Pilot Islands have helped find grant money for engineering studies of the buildings, fixed up some Plum Island structures and are working with the USFWS to open Plum Island to the public.

Door County may not be where Sweet gets his mail, but that doesn’t make his work less important. That’s why Sweet spends his summers organizing volunteers for restoration projects, his evenings looking for grant funds and his weekends dreaming of the joy people get from learning about those islands.

“If somebody doesn’t do it, maybe nobody will,” he said. “Somebody has to take a step forward and say, ‘Look at these places. Look at their significance to our state. Do we want to just let them continue to be exposed to the elements and not do anything about it?’”