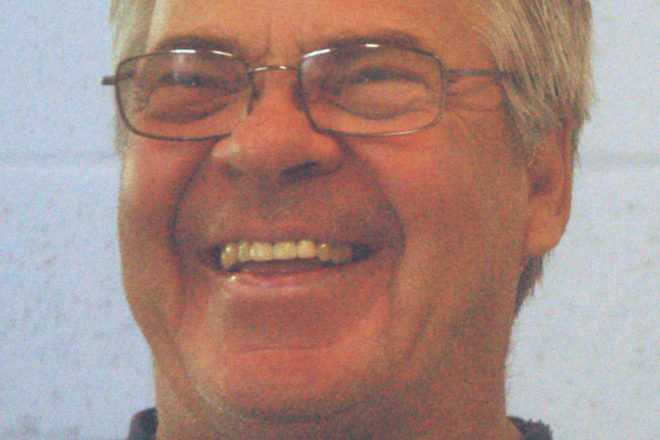 Steve Mann likes to remind people that the 40 years he spent in various roles for the Village of Sister Bay began with something of a fluke.

There were three candidates interviewing for the position back in 1979. One took a different job. Another didn’t show up to the interview. Then there was Steve.

“That was always my claim to fame, that nobody else wanted the job,” Mann said while leaning deeply back into a chair in true retired form, on the other side of his last day with the village on June 1.

In nearly 40 years with the village, Mann served as the facilities manager, but took on management of the marina and served as fire chief with little more than a shrug and a relentless work ethic.

“I loved the type of work,” Mann said. “You never really did the same thing day after day. It was something different all the time.”

Contemporaries will point to the ever-expanding Christmas lights display Mann and his crew put together using little more than recycled materials or the village’s recently completed beach and highway project as Mann’s chief accomplishments. But in 40 years with the village, he has had a role in nearly every public works project the village has undertaken.

“The biggest one is the sports complex, that’s the one that really makes me proud,” Mann said, recalling passive-aggressive battles between hired engineers on whether a baseball diamond would actually fit in on the property.

At the beginning of his career, before sprinkler systems, fertilizers and a growing list of public properties in the village, Mann remembers completing the work alone with little more than a lawnmower. The number of staff beneath him grew along with the village, perhaps best explained by the number of 55-gallon barrel trash cans used for Fall Fest (about 50 when he started and more than 350 today).

The village’s recent growth was a lot for the elder facilities manager to keep up with, but Mann was determined to see the highway, beach, pavilion and park expansion completed under his watch.

“I wasn’t big on the beach project when they wanted to do that but I was definitely wrong,” Mann said. “When I walk down that brick sidewalk, I’m pretty proud of it.”

A Sister Bay native, Mann has had a role in shaping the character, appearance and reputation of his hometown unlike anyone else.

“When you walk all the way down past the marina, I know that I had something to do with each and every one of those little expansions that they did,” Mann said.

Asked what he has been up to in his first month of retirement, Mann had little to say other than offering two instances in which he simply sat down.

In the first, he drove through Peninsula State Park, pulled over to an outcropping in the trees and sat on a bench overlooking the bay – something he had never done before.

In the second, he walked outside to a lawn chair his mother gave him before she died when Mann was 24 years old.

“I’ve repainted them a few times,” Mann said of the chairs. “But I don’t think I’ve ever sat down in them without getting right back up. I sat down in one of them and fell asleep.”

Mann struggles to imagine a life without work, whether it is continuing to help with the Christmas lights display or helping out at the marina in the fall once the college workforce has left.

“I really don’t see myself not working,” Mann said. “Doing nothing is going to get real boring. But I don’t quite know what that is.”

One thing is certain: he is going to take some time to be retired, enjoying his hometown friends and neighbors that helped shape his life and career, and the village he helped shape in return.