The Trump and Clinton campaigns dominate the news, but they are not the only candidates who would like to have the keys to 1600 Pennsylvania Ave.

What follows is an alphabetical listing of all the third party candidates who have declared themselves ready and willing to become the leader of the free world. 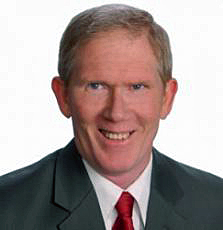 American Independent Party: Tom “Let’s make America good again” Hoefling is the AIP’s presidential candidate. Hoefling has “Ten Keys to Saving the American Republic,” which includes reminding the American people that the source of their rights is God, not men, and that those rights are therefore unalienable and dismantling all governmental programs, agencies or laws which are either immoral, unconstitutional or unnecessary. Learn more at Tomhoefling.com. 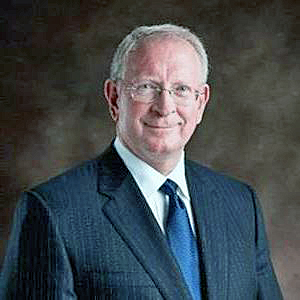 Constitution Party: Memphis attorney Darrell Castle is the nominee, and he believes the role of the President of the United States is “to PRESERVE – PROTECT – and DEFEND THE CONSTITUTION. None of the other candidates seem to have this goal in mind nor have they mentioned what this means and how they will accomplish this in their presidencies. The Constitution Party opposes what the government usually refers to as ‘gun control’ – and that is gun or ammunition confiscation, gun or ammunition registration and the restriction of semi-automatic firearms with high-capacity magazines. We in the Constitution Party understand that armed people are free while disarmed people are slaves.” Learn more at Constitutionparty.com. 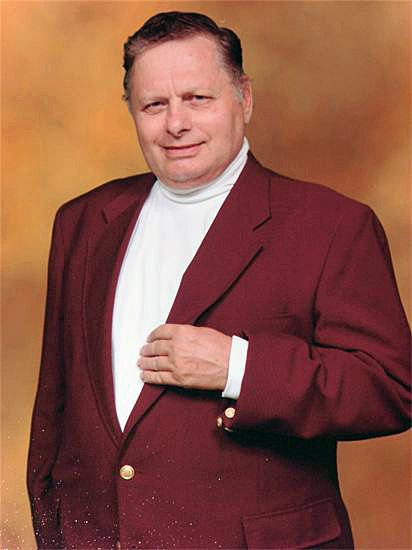 Constitutionist Party: James “JD” Criveau is the “common ordinary middle class citizen” carrying the mantle for the Constitutionist Party. “We cannot continue to compromise our compromises with in this nation. By this we enter into this terrible slide, which will gradually end up taking us into the treacherous and unforgiving waters of totalitarianism.” Learn more at theconstitutionistparty.com. 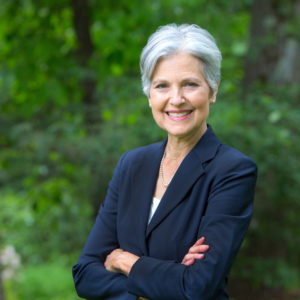 Green Party: Dr. Jill Stein, a Massachusetts physician, is making her second presidential run for the Green Party, for which she holds the current record for most votes ever received by a woman candidate for president of the United States (469,501, or 0.4 percent of the total of 128,577,117 votes cast in 2012). Ecology, Social Justice, Democracy and Peace are the four pillars that the international Green Party movement supports to organize just societies. To read the Green Party’s lengthy platform, visit jill2016.com. 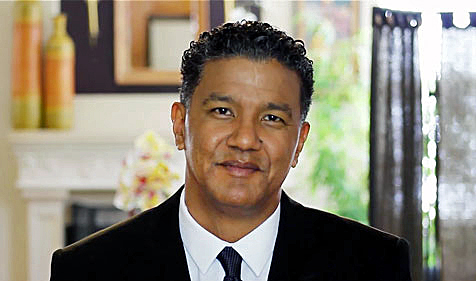 Humane Party: Clifton Roberts would like to be the country’s first vegan president. The Humane Party is the U.S.A.’s first political party committed to rights for all animals, not just the human kind. For more information, visit humaneparty.org. 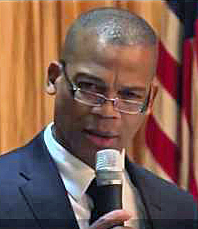 Independent: A total of 19 Independent candidates declared themselves as presidential candidates, including John Fitzgerald “The Real Grandmaster Jay” Johnson, whose campaign motto is premised on his being the second black president, “Who says lightning doesn’t strike twice?” To learn his views, visit onlywecanfixus.com.

The rest of the independents are Ed Baker (edbaker2016.com), who would use some of his presidential time to visit Wright-Patterson Air Force Base and Area 51 to present the truth on UFOs; born-again Christian and Tea Party sympathizer David Boarman, who believes “churches and charities have the ultimate responsibility for providing for the indigent, homeless, disabled and needy,” boarmanforpotus2016.com; Dr. Lynn Sandra Kahn, a clinical psychologist who has a very clear platform, “Fix Government, Build Peace,” vote4lynn2016.com; Bishop Julian Lewis Jr., a Texan whose motto is “Going Back to the Basic,” julianlewis53.com; former Mormon missionary and CIA employee Evan McMullin wants to dismantle the tax code into something simpler and fairer, evanmcmullin.com; retired water treatment operator James C. Mitchell Jr., “a common man for our uncommon times” who is running for president “because I love my family and all of you,” mitchell4president16.com; “middle class working person” Perry Morcom (his website appears to have been abandoned); “educator and man of faith” Mark Pendleton promises to be a one-term president who will focus on giving the American people their government back without the distraction of re-election, facebook.com/mark.pendleton2; Texas entrepreneur Jeremiah Pent is preoccupied with the American education system, but not so much his website, which says “coming soon,” jeremiahpent.com; music lover Brian Briggs of Hatley, Miss., votebrianbriggsforpresident.com; Robert Dionisio’s Facebook page features a photo of Frank Sinatra and a quote, “The big lesson in life, baby, is never be scared of anyone or anything,” facebook.com/Robert-Dionisio-840485199371194/; Art Drew feels there isn’t another presidential nominee with appropriate character to be president, artdrewforpresident.com; Paul Chehade “is the Chairman of the Board of a diversity group of corporations since 1999, which are dedicated totally to serve the ill-timed humans, regardless of a person’s religion, race, ethnicity, or gender, as a demonstration of God’s unconditional love for all people,” paulchehade.org; Nebraska attorney David Holcomb describes himself as a “Catholic Christian politician,” presidentdavidchristopherholcomb.com; Scott “The Problem is Simple” Smith believes we are “running our 21st century economy on a 19th century operating system,” scottsmith2016.com; Samm Tittle is a citizen, entrepreneur and advocate for equal treatment for all, mmepresident.com/; combat veteran Benjamin Weigel is “a true blue American,” benjaminforpresident.wixsite.com/benjaminweigel; “natural born citizen” Terry W. Wheelock is being sponsored by The Universal Foundation, which is “a group of individuals with the dream of promoting Freedom, Peace, Knowledge, and Exploration Throughout the Universe!” theuniversalfoundation.com/vw201601.html. 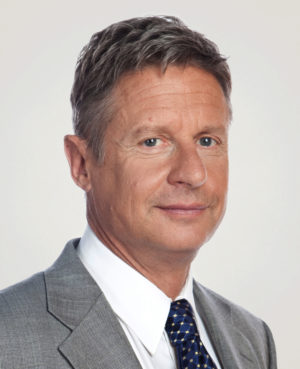 Libertarian Party: Gary Johnson, former two-term Republican governor of New Mexico, is making his second run as the Libertarian candidate. Last January Johnson resigned as president and CEO of Cannabis Sativa Inc., a Nevada-based company that wants to “brand and market the highest quality, legal cannabis products.” “Minimum Government, Maximum Freedom” is the party’s maxim. “As Libertarians, we seek a world of liberty; a world in which all individuals are sovereign over their own lives and no one is forced to sacrifice his or her values for the benefit of others.” To read the lengthy Libertarian platform, visit lp.org. 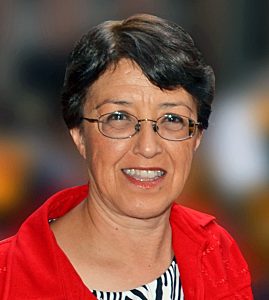 Party for Socialism and Liberation: Gloria La Riva is a labor, community and anti-war activist based in San Francisco. The Party for Socialism and Liberation believes the only solution to the deepening crisis of capitalism is the socialist transformation of society. There are really only two choices for humanity today – an increasingly destructive capitalism or socialism. Learn more at pslweb.org. 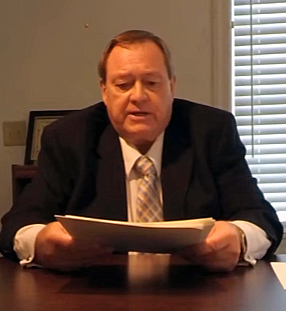 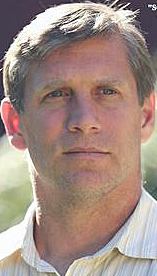 Transhumanist Party: Zoltan Istvan is the party’s presidential nominee. Although he knows he won’t win, if elected, Istvan would “implement a Transhumanist Bill of rights advocating for government support of longer lifespans via science and technology. Lay groundwork for rights for other future advanced sapient beings like conscious robots and cyborgs.” He would also “implement policy for the phasing out of all individual taxes based on robots taking most jobs in the next 25 years. Advocate a flat tax until we reach that point.” For more, visit transhumanistparty.org. 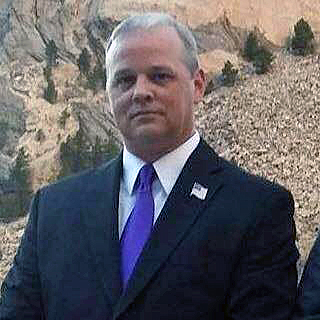 Veterans Party of America: Chris Keniston “is a family man, a patriot, a veteran but more importantly he is an American that will work for the people.” He “will veto any law that attempts to restrict Constitutional Liberties, no matter how well intentioned it may be. I will NEVER authorize a law restricting ANY American’s Liberty for ANY reason.” For more of his platform, visit Veteranspartyofamerica.org.

A Candidate for Weed 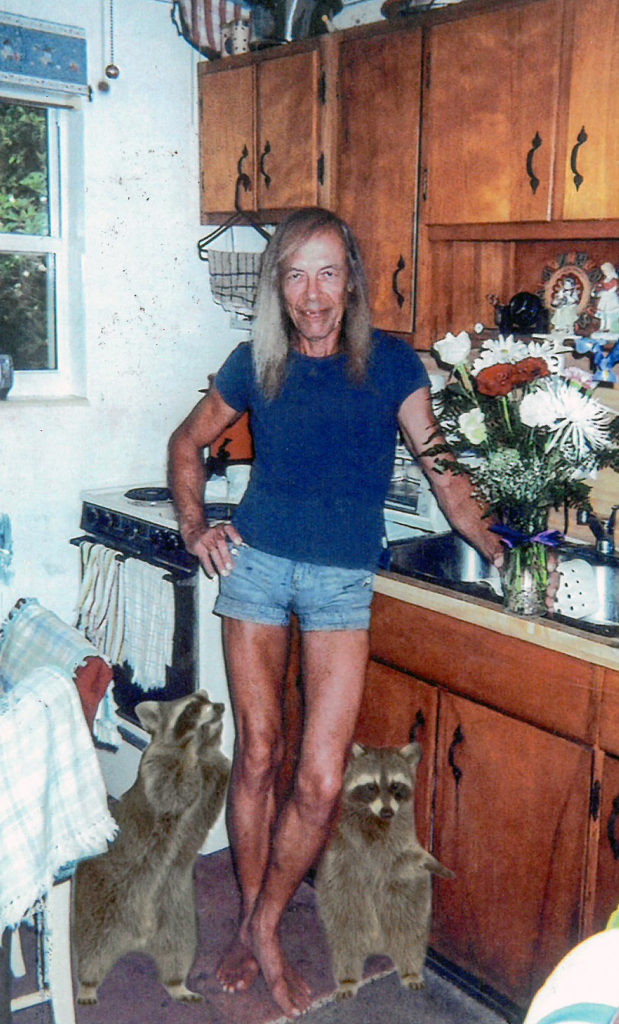 It was in 1980 that Hornberger became so frustrated with the inability of third party candidates to be recognized that he filed a federal lawsuit to call off the elections that year until every single candidate’s name was on every state ballot.

Hornberger, whose platform included legalizing prostitution and making marijuana a cash crop, told The Washington Post in 1980, “We’re not wackos; we’re quite sincere. Some of our ideas might be considered weird, but who are we to judge? Let the American voters judge.”

Hornberger’s lawsuit obviously never went anywhere, but that didn’t stop him from continuing his presidential bids into the 21st century. His campaign method is to send letters to newspapers.

Now in his 70s, Hornberger does not appear to be running in the 2016 election, however he continues to contact newspapers. A friend at a daily newspaper received the photo accompanying this story. Written in marker on the back was the following:

4-hour speech in your town.

His address in Florida was provided, and he closed with “(Audio system required).”

No explanation of the raccoons at his feet.