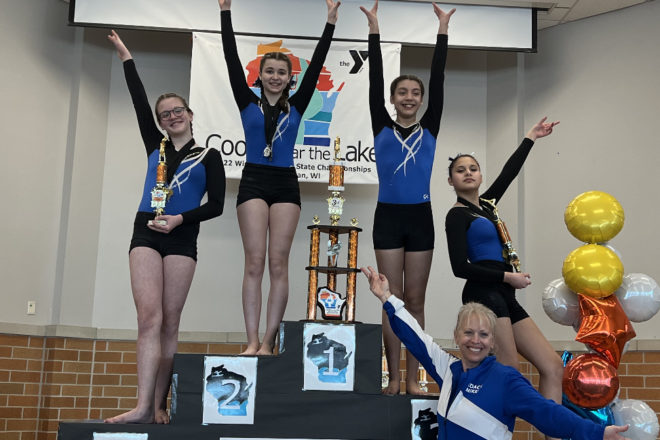 Gallardo-Ibarro scored a 36.80 to win the all-around title, while Zoschke won the balance beam title with a score of 8.9.

Gallardo-Ibarro, scored first in all-around, second on floor, third on bars, and fourth on vault and beam. Zoschke finished first on beam, second in the all-around and bars, and fifth on vault.

The Striver Silver Team had three girls competing. Evelynn Kelsey earned a fourth on floor and a fifth on vault. Shaylyn Asher placed fifth on beam. Keira Wesley placed in the top 15 in the 14 and over group.

Level 6 Striver gymnasts finished seventh out of 14 Teams scoring 103.82. Medaling for the Level 6 group was Estelle Duerst. Estelle Duerst finished third on beam and sixth on floor. Amira Anschutz placed sixth on floor and vault. Placing in the top 12 were Lauren Pratt and Julia Gregory.

The team will compete at the 2022 YMCA Gymnastic Nationals in Toledo, Ohio in June.