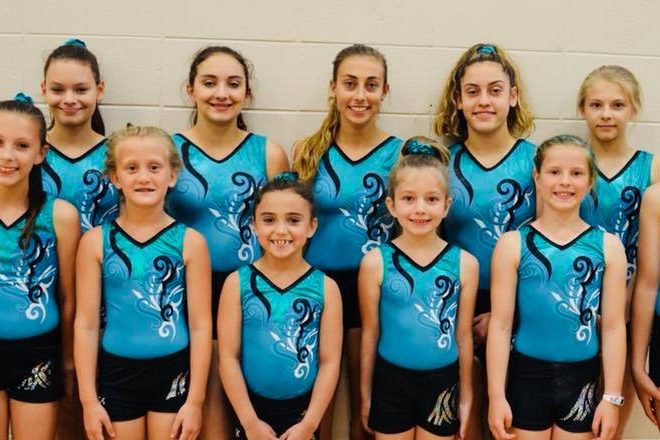 Twelve Door County YMCA Striver gymnasts qualified and made the journey to the SeaGate Convention Center in Toledo, Ohio, for the 2018 YMCA National Gymnastics Championships. The event featured 2,400 gymnasts from 105 YMCAs across the United States all competing for titles.

Fifteen-year-old Miya Eliyha continued her undefeated reign for the 2018 gymnastic season. Eliyha captured gold in the Level 7 All-Around at the State Meet in March 2018. She continued her reign into the 2018 YMCA Gymnastics National Meet in Toledo. She secured the gold medal in the Level 7 All-Around Senior competition; this makes her undefeated in the All-Around for 12 consecutive gymnastic meets. Eliyha also secured an individual gold on the balance beam, a silver on floor and bronze on vault.

Nine-year-old Lauren Pratt, a Level 2 gymnast, won her first gold medal at YMCA Nationals on the uneven bars, scoring a 9.5 out of a perfect 10. This is Pratt’s first year competing on the Striver Gymnastic Team. Pratt had an incredible first year of competition. She also captured bronze on the balance beam, a sixth in the All-Around and ninth on floor.