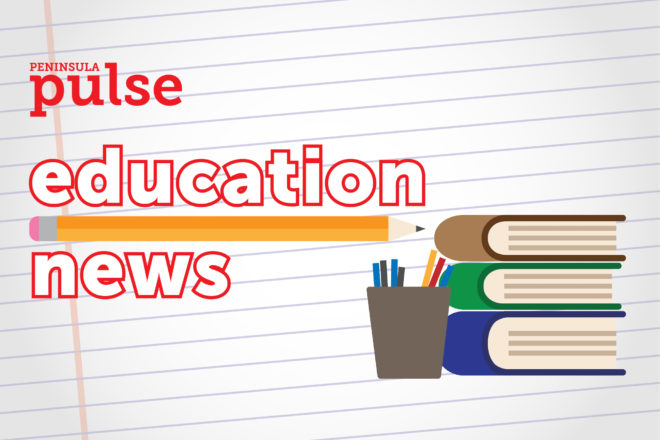 Concerns raised by parents, students and teachers prompted Southern Door school officials to delay implementing a block schedule until the 2024-25 school year. Originally the district was preparing to make the change by next fall.

During a school board meeting this month, Hunter Malvitz, a student representative to the board, said students circulated more than one petition voicing concerns about or opposing a four-block schedule. He said students met with administrators to tell them why they were concerned, but a petition they took to a listening session “was never looked at.”

At the same school board meeting, parent Chris Jackson of Forestville said school officials had been moving forward with a four-by-four block schedule without sincerely consulting or listening to parents or students.

Jackson said he doesn’t oppose a change to four 90-minute classes per day from eight 42-minute classes, but he became concerned when he heard that Southern Door might eliminate honors classes by the next school year. He said that when he was in high school, he felt frustrated and “understimulated” in general classes, but he had a refreshed desire to learn when he stepped into more challenging classes.

“The process so far has either entirely cut parents out or has been dismissive when students have come to the fore to express their opinions and viewpoints with regard to these changes,” Jackson said. “If [students] express ownership of their education and they are put down or dismissed, as I think many of them have felt, it completely undermines the worthy goals of the changes that have been proposed to better the educational process at Southern Door.

“As you buy yourself more time, my hope is that you, in your process, will take the opportunity to listen to students especially, as well as parents,” Jackson concluded.

Superintendent Chris Peterson said that in late October and early November, he had met with students, talked with parents and fielded questions in emails, and some of the concerns expressed prompted the delay.

“In response to feedback from students, staff and parents, we are going to pause our implementation of a new schedule for one year,” Peterson said. “The additional time will help our district better prepare for a successful implementation and ensure that we are on the right path to exceed expectations. We are committed to building readiness for everyone, and this requires time to study to schedule the best options for Southern Door.”

The district will continue to prepare for the change, however. During two professional-development days this month, Southern Door High School Principal Steve Bousley is requiring teachers to do site visits to northeastern Wisconsin schools that already have block schedules.

In addition, the district has planned a “mock block” twice during the second semester when all students, teachers and staff will experience two days, and then three days, of block-schedule classes instead of eight-period days.

Neighboring Sturgeon Bay High School has a four-by-four block during which students take four classes for half a semester or, depending on their needs, two out of four terms. For the second half of the semester, they take four other classes. Luxemburg-Casco has an A-B block schedule, with students taking four subjects on A days and four other subjects on B days throughout the year.

“We already have processes in place where teachers are exploring how to transition their curriculum from the current 42-minute block to a 90-minute block,” Bousley said. “Teachers have a great capacity to do a lot of things. My hope is this is going to be a smooth transition and very successful at Southern Door.”

Peterson said he knew there would be resistance to change. He also said Southern Door is a high-performing school, but overall test scores don’t always reflect that. In his opinion, the district staff works hard to help with student performance overall, but the progress is not as dramatic as it should be. Peterson said the top-four-scoring high schools in Wisconsin all have block schedules.

One Southern Door high school senior recently told the Peninsula Pulse that some students opposed the block schedule for a long list of reasons, including concerns about losing class offerings. He said they believed it would cut time between classes from four to three minutes, expand the high school day 30 minutes longer than six years ago (to 7:55 am – 3:30 pm), and make it difficult to maintain focus on a subject for a 90-minute period.

The senior – who requested anonymity, which the Pulse granted to protect the student – said a group of students began to assemble for a walkout in late October to protest a block schedule, but administrators warned them they could face suspension or expulsion.

Bousley said he was aware there were some concerns expressed, but he was not aware of a proposed walkout. He encouraged students to reach out in other ways instead.

“I’ve been at Southern Door now 26 years, and I have a very open-door policy, and when concerns come up, if kids have concerns, I’m always listening,” he said. He added that he has been impressed that students have articulately conveyed their feelings about curriculum and scheduling.

Bousley confirmed that some teachers voiced concern that the block schedule would make it easier for the district to cut back on elective and enrichment classes, or even on instructors, but he said it’s not about a reduction in programming or staff.

Peterson said he believes Southern Door should be able to offer more electives and class options because students can have “skinnies” built into their schedules: two 42-minute classes that are not part of the core curriculum that could be used for a menu of options that include band or fine-arts or advanced-placement classes.