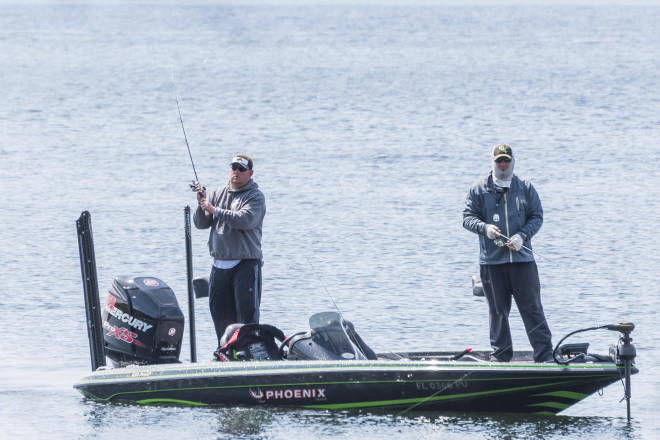 “When an 8.45-pound fish wins big bass — and that fish is a smallmouth — heads turn. That’s exactly what happened at a local tournament on this section of Lake Michigan last year. In that very same two-day tournament, it took 67.13 pounds to win (an average of almost 34 pounds per day). If you are looking for a destination to catch the biggest smallmouth of your life, Sturgeon Bay should be your next trip. Simply put, if you want to angle the best bass fishing waters that currently exist for size and numbers of fish, head to Wisconsin.” 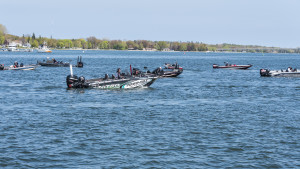 That was what Bassmaster said in April 2014 when it named Sturgeon Bay the number one among its top 100 bass fishing spots in the nation.

That designation led to Sturgeon Bay being named host city of the 2015 Toyota Bassmaster Angler of the Year Championship on September 17 – 20. The tournament is open to the top 50 Bassmaster Elite Series anglers who will be fishing for the $1 million prize purse.

“The smallmouth fishing up there is second to none in the world. That’s what excites us and our anglers in regards to being able to compete on this particular body of water,” said Eric Lopez, director of events at B.A.S.S. (Bass Anglers Sportsman Society). “It’s not a small event. If people have been to other bass tournaments, don’t expect what you’ve seen. It’s one of the top events out there. It’s not your father’s fishing tournament.”

Lopez said he and other members of the production team bring experience from staging epic sporting events such as the Olympics and World Cup soccer to the bass tournament.

“I grew up working at the Olympics,” he said. “We have the same policies and procedures here as they have there. We approach it the same way. We’ll do a site survey later this summer. We already had people in the area late last year to scope it out. We have the media component with ESPN2. From a social media standpoint, we will be reaching hundreds of thousands of people. People will be watching our weigh-ins on the website. There is a lot going on with the fishing tournament.”

So, what can we expect?

“People can expect a tournament that features the top anglers in the world and an expo, a fun, free, family event that coincides with the tournament,” Lopez said. “This is the last event of the year that follows the elite series season. We have eight elite events that lead up to Bassmaster Angler of the Year Championship. At all of those events, all of our national-level sponsors set up displays, so there’s a festival that accompanies the event. We also work with the host – in this case it’s the Sturgeon Bay Visitor Center. They will bring different activities as well. Everyone is still working on all the plans. There will be a great lineup of activities. We’re really looking forward to it.”

Lopez points out that the anglers competing for the $100,000 top prize and trophy are not weekend warriors.

“These are 50 of the top professional anglers, not 50 guys who go fishing on the weekend,” he said.

Lopez said the tournament fishing events, wherever they are held, are a boon to the local economy.

“For an elite series event, the local economic impact for other cities with a full field of 100 anglers could be upwards of $2 million,” Lopez said. “This is obviously a smaller field, so we don’t have as many anglers, but it will have a large impact, not to mention the fact that the area will be featured on ESPN2, so the secondary impact will be significant. When that show airs on ESPN, we will have many, many people see this and become interested in fishing that particular body of water. It’s something I think most people should be excited about.”

For those who follow competitive fishing but can’t make the trip to the event, “People can go to bassmaster.com and watch the anglers fish, if that’s something you are interested in, and we’re finding that many, many people are. We will have cameras on top anglers’ boats, streaming back to our base camp at the main venue, and then we’re sending that signal back to Little Rock, Arkansas, where our studios are. We’re excited about this new technology we developed and it will be the first time it will be in general use. If that pleases you, you can sit and watch someone fish. It’s kind of one of those secret passions that a lot of people have at work when the boss isn’t looking, because we have tons of people watching on a Friday afternoon when they should be at work. But I’m not complaining.”

How do the competitors feel about being under constant scrutiny?

“They don’t have a choice,” Lopez said. “This is one of those things. It’s professional fishing. A lot of people have this image in their head of fishing being a romantic activity that requires solitude. Sure, a lot of that still remains. But the sport has advanced eons. They’re fishing in boats that go 75-, 80-miles an hour. There’s more technology on the boats. The spectator aspect is one of the most important things that is advancing the sport and bringing it to new markets and enticing new fans, specifically the youth.

“I’m sure some of the anglers are a bit put off by the constant coverage, but those are the requirements at the professional level. It’s not uncommon to have 50 to 60 chase boats following one angler. We’re not going to stop people from doing that. Those are things that the pros are going to have to take into account. If it means he’s going to have to change his game a little bit, so be it. That’s what distinguishes these anglers from your average weekend warrior. They have to take all of that into account as well.”