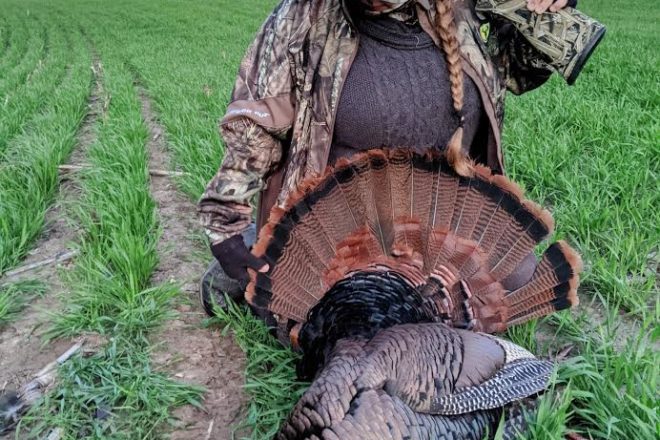 More than 130 teams are registered for the 31st annual Sturgeon Bay Open Bass Tournament, set for May 14-15 at Sawyer Park. They’ll leave the park at 6 am each day, with weigh-ins beginning at 3 pm.

The event is part of the North American Bass Challenge, and teams paid a $510 fee to enter. The winners will earn a Ranger boat and Mercury outboard combo. Follow along at northamericanbasschallenge.com.

Meanwhile, Bob Arndt of Peshtigo and Josh Kenney of Hortonville won the Sturgeon Bay Bass Tournament May 7-8, with 47.82 pounds on their allowed five fish each day – a 4.78-pound-per-fish average.

A total of 46 teams participated in the new weigh-on-the-water format, with scoring done using the FishDonkey app on the anglers’ smartphones. During the two days, 676 bass were caught, with an average weight of 3.63 pounds. Look for more details on the tournament’s Facebook page, or visit sturgeonbaybasstournament.com.

Fishing Should Heat Up

With warmer air finally in the forecast, look for catches to really take off during the coming week. Bass, pike, walleyes and brown trout are the top bay targets, but some anglers will likely try for perch when the season reopens on the bay May 20. Perch season on the lake side is closed until June 16.

Smallmouths are starting to nest in warmer bays and harbors, but they’re still pre-spawn farther north. Post-spawn pike and walleyes are taking trolled baits or shiners in Southern Door bays, harbors and shipping channels, and some have already moved out onto popular reefs.

As temperatures warm, rock bass, bluegills, sunfish and other panfish will get active in Little Sturgeon Bay, Sawyer Harbor and other shallow areas, including marinas. Inland, a few pike and walleyes have been caught, along with an occasional bass or panfish. Pick up a copy of the 2021-22 fishing regulations if you’re not sure what the rules are for a particular spot.

Lake Michigan trollers are still finding some brown trout near shore, but there’s been a flurry of charter activity for lake trout in 90-110 feet of water near bottom. One Algoma boat, targeting lakers about 10 feet off bottom last weekend, tied into a 44-inch, 34.5-pound chinook salmon.

A new boating-safety law is now in effect that requires the use of engine cut-off switches on newer recreational boats fewer than 26 feet long.

Exceptions include boats built before Jan. 1, 2020, if they don’t have an engine cut-off switch, or if the main helm of a covered vessel is installed in an enclosed cabin.

According to the Coast Guard, engine cut-off switches help to prevent runaway vessels and their potential threats. Boat operators are able to shut off the engine if they’re displaced from the helm, typically by a cord attached to the cut-off switch, or on the outboard motor if the boat is tiller operated.

The Coast Guard says a typical three-blade propeller running at 3,200 revolutions per minute can inflict 160 impacts per second.

Hunters will see a new duck zone structure for the 2021 season. An Open Water Zone has been created in the waters of Green Bay and Lake Michigan, and the former Mississippi River Zone has been absorbed into the South Zone.

There’s a five-bird daily bag limit during the early goose hunt Sept. 1-15 and during the holiday hunt. In between, the bag limit will be three per day.

When catching fish for release only, you can increase a fish’s chances for survival by landing it as quickly as possible, keeping it in the water as much as possible, and handling it as little as possible.

Use wet hands or gloves if you must touch it. If the fish is deeply hooked, cut the line and let it go. Don’t hold a fish you plan to release upright by the jaw. Instead, support it with two hands.

An online survey about wolf management in Wisconsin will close May 15. Find it at research.net/r/2021_WI_Wolf_Comment.