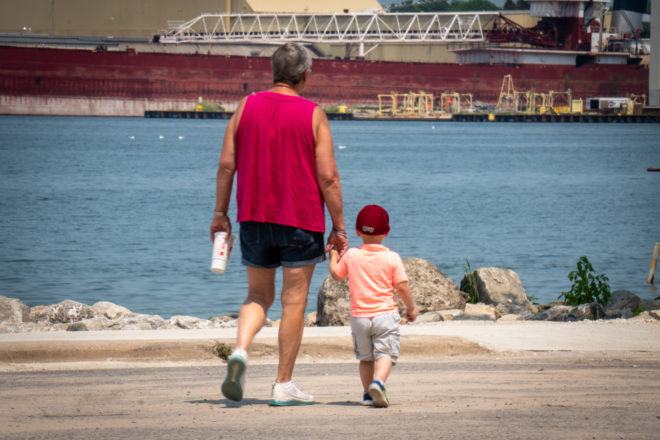 The City of Sturgeon Bay will celebrate the official opening of the West Waterfront Promenade with a ribbon-cutting ceremony on the promenade on Saturday, May 21 at 10 am. Mayor David Ward invites the public to celebrate.

The idea for creation of the walkway began with the city’s first West Waterfront Redevelopment Plan in 2011. A Tax Increment District was created to fund the redevelopment in 2013 and the property required to realize the plan was purchased. The economy, litigation, and regulations posed challenges and created some delays along the way, but an Ad Hoc West Waterfront Planning Committee was formed and the project forged ahead.

The city’s financial burden was offset by grants from the Raibrook Foundation, a Department of Natural Resources Knowles-Nelson Stewardship Grant, and a Wisconsin Department of Transportation Harbor Assistance Grant. Collectively, the promenade was planned, designed, engineered and constructed by Cedar Corporation, SRF Consulting Group, and Peters Concrete Company.

Private projects along the promenade, including the renovation of the historic Teweles and Brandeis Granary and construction of a two-story gathering space with a seasonal, rooftop garden, are in progress. However, the City’s vision of honoring its heritage by embracing the working waterfront character and history and maintaining public access to it via creation of the West Waterfront Promenade is realized. All are invited to celebrate. Look for the tents on the West Waterfront Promenade between the Michigan and Maple-Oregon street bridges.