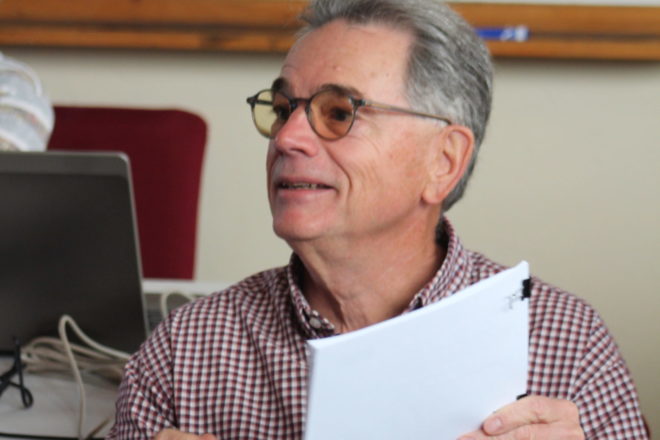 The final touches are being put on a plan seeking to bring a visitor center to Sturgeon Bay as part of the process to establish the Green Bay National Estuarine Research Reserve (NERR).

The city’s Ad Hoc NERR Advisory Committee met Nov. 11 and discussed a prospectus and video being put together to show “why you should locate research here in Sturgeon Bay, Wisconsin and Door County,” said Mayor David Ward.

“The messaging is right on,” he said. “We lead off with [mentioning] 2.5 million visitors. That is really important for a visitor center.”

Sturgeon Bay is one of three areas recommended for the NERR, along with areas in Peshtigo and the Lower Bay of Green Bay.

The Bay of Green Bay region is being established as the 31st NERR in the nation. The 30 reserves already in existence in the United States were established through the Coastal Management Zone Act and are partnerships between the National Oceanic and Atmospheric Administration (NOAA) and coastal states.

Though the selection of the visitor center is a separate step from designating the natural areas, Ward said having Sturgeon Bay included in those areas is “a big win.”

The NERR project timeline calls for the visitor-center selection process to take place over the next two years.

Ward said he believes Sturgeon Bay is in competition with Marinette and Green Bay for where the visitor center will be located, with Renard Island having been suggested for locating the center in Green Bay.

Ward said he favored presenting the prospectus and video in the first quarter of 2023.

“I’m more in favor of [a] face-to-face presentation, as opposed to [a] send-it-in kind of thing,” he said.

Ward said he prefers distributing the prospectus on the visitor center after it is presented to those at UW-Green Bay who are involved with the NERR project.

“No matter what happens here, the document is extremely valuable,” he said. “It really lays out Door County and Sturgeon Bay as a premier site for research.”

Ward said he favored keeping the city’s Ad Hoc NERR Advisory Committee in existence until a decision is made on where to locate the visitor center.