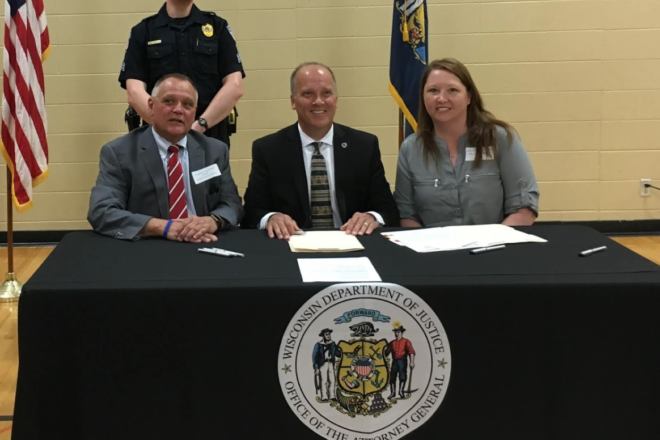 Earlier this year the state announced it would award $100 million to schools throughout the state to provide better safety in the wake of several school shootings in other states.

Sturgeon Bay School Superintendent Dan Tjernagel said the school board approved a plan to update the entrance at TJ Walker Middle School before the grant was awarded.

“The board approved a plan to do an update at TJ Walker Middle School, in essence, swapping a classroom by the outside main entrance and what has been the main office,” he said. “What we’re trying to do, like many schools have done in the way they are building schools now, have that walk-in traffic come to the door, get safely buzzed in and have them report directly to the office. In essence, we’re trying to do what the safety grant was trying to accomplish – have people have proper protocol to get into the building, much of which we already have in place, and not give direct access to hallways.”

Tjernagel said work at the middle school will be done this summer, as well as some changes at the three elementary schools – Sawyer, Sunrise and Sunset.

“Those projects are not necessarily going to look the same because of fire doors and load-bearing walls, but basically, people will have to be properly buzzed in and will have to see a secretary to come into the building,” he said.

Tjernagel said the grant of $103,930 should cover most of the costs of the middle school and elementary safety projects, but a larger project for the high school planned for next summer will dip into district funds.

“We have a bigger project planned that we knew we couldn’t get to this summer, in essence, swapping three English classrooms in high school with the high school office and district office, out to that exterior wall, moving the English classrooms to the interior, away from windows and walls,” he said. “Then we’ll have folks come directly into the office rather than crossing the hall and walking down the hallway, the way we currently have it.”