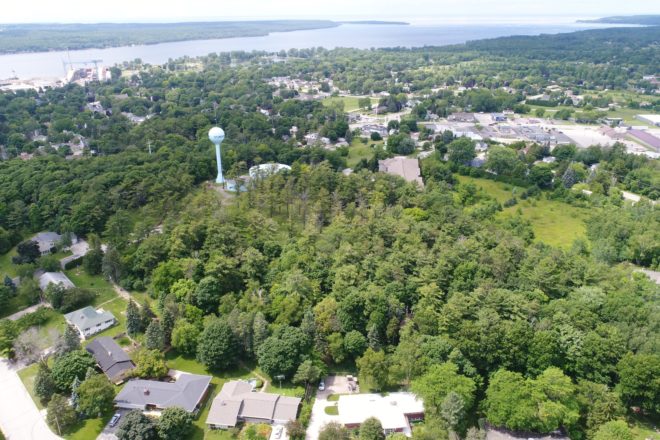 Sturgeon Bay could be getting the first mountain bike skills park in Door County by the end of 2018.

At its meeting June 28, the Sturgeon Bay Parks and Recreation Committee gave the thumbs up for the Door County Silent Sports Alliance (DCSSA) to pursue grants to build a 1.25-mile off-road cycling and running trail at the park near Georgia Street and Egg Harbor Road.

“There is tremendous potential to make improvements to that park,” he said. “This is a project that has been batted around by people for years. We have some people who are really interested in working with high school kids to train on mountain bikes and even create competitive teams and this would be a big help in that.”

The alliance will begin working on grant applications and fundraising to create a detailed project plan that will be used to raise the estimated $70,000 to $120,000 needed for the project. The goal is to “create a professionally designed and installed trail that emphasizes quality, uses natural material surfaces, and minimizes the impact on the environment,” according to the preliminary proposal. The plan would leave all major trees in place to create a wooded setting to walk, run and ride through.

Ferguson said he wants to involve the community in planning to gain wide support. That addresses Committee Chair Ron Vandertie’s primary concern that the neighbors who live nearby the park be informed about the project and have a chance to voice any concerns.

“There will be walking and biking trails and we want to make sure that’s addressed safely,” he said.

Ferguson said the project would also improve access to the park, which he said is very underused.

“A lot of people in the city don’t even know where Big Hill Park is,” he said.

Improved signage and access points in addition to the walking, biking and running trail would help reduce foot and bike traffic on Georgia Street, which does not have sidewalks.

Jake Carsten, a trail and bike park consultant and International Mountain Biking Association Instructor Trainer, is the project manager charged with preparing concept plans and cost estimates. The cost of plans is expected to be around $10,000 and will be the base of a fundraising package.

While the trail will be aimed at young riders, Ferguson said it will be interesting enough to satisfy experienced riders. The layout will provide parents an opportunity to watch kids on a relatively short course.

If all goes smoothly the project could be completed by fall of 2018.