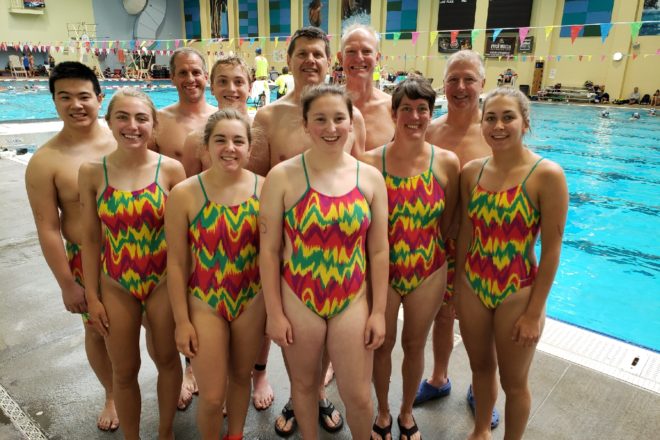 The Door County Sturgeons played at the underwater hockey nationals tournament in Denver June 8-10. They played a total of 12 games during the three-day tournament against teams from Phoenix, Colorado, Chicago, Ohio, Orlando, Fla., Oregon and more. The team finished seventh in the B division. This was the first national level tournament for three members of the team:  Luke Bousley, Lexie LeClair and Abi Schauske.

The Sturgeons practice at the Sturgeon Bay YMCA. Summer practice is from 5:15-6:45 pm on Fridays, and the team welcomes new players of all ages.