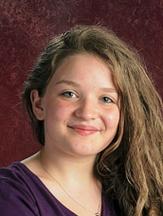 Sprawling out beneath the heavy heat of mid-afternoon, I pressed my face into the springy grass, the spiky spears of vegetation benignly stabbing my cheek, forehead, nostrils, and lips. The sharp, silky swords tickled my flesh as sunlight streamed hotly through my pores, making my blood stir and sweeten like softly boiling honey. Flowers glinted like winking pieces of circular, oval, and diamond mirrors, throwing silver-yellow handfuls of something wonderful onto a thousand absorbent surfaces.

A bee foraged lazily through the soft density of a nearby dandelion, plunging its head gracefully into the flower’s feathery luminance in search of syrupy survival. Its animated hum as it satiated its hunger lent it the impression of a tiny, organic machine. It buzzed like a wind-up toy as it sucked the nectar from the sweetly yielding blossom. Having satiated its hunger, it vibrated blissfully away over the curved landscape through the wavering radiation of the heating air, zigzagging towards some invisible, expectant Queen.

I watched it with envy. This bee, in its serene, mechanical flurry, had doused my soul with the avid desire for movement. My sweet, grassy sanctuary was suddenly insufficient; the wilderness was what my body craved. Hopping to my feet in a manner not unlike a clumsy calf, I greedily drew in a fresh supply of air and took off for the wooded terrain beyond the yard.

Entering the woods through a small open passage in the thick rows of trees, I passed through a majestically shadowed tunnel, a secret passageway carpeted with a sultry compost of last year’s decaying brown leaves, the soil’s cozy blanket of fruitful security. I breathed in the sweet, musky odor of beautiful life-giving leaf death, relishing the prospect of witnessing this crumb-sized marvel.

Nearing the end of the passage, the dank, sugary scent dispersed and my nostrils were bombarded with a new aroma. My lungs were filled with the sizzling scent of steamy sunlight splashing onto dry, crumpled grasses. Velvety, fuzzyheaded embryos were beginning to poke their budding heads from their sleeping husks, layering the spicy, almost imperceptible scent of ancient weeds with the moist, earthy fragrance of childbirth. Greeting this new scent with a tiny smile, I pushed my face into the newly blinding sunshine of the open field.

I smiled – freedom! Empty, liberating space in which to burst free from the shell of daily life and be blindingly, peacefully myself.

I climbed nimbly down the shallow ridge bordering the golden-brown arena of softly whispering weed stalks and damp, furry leaf fetuses. The barely moving breeze filtered through the coarse, empty grass bodies, which had been vacated during the long preceding winter months. The peaceful corpses rustled a soft “shee-shuk…shee-shuk” as the wind weaved sleepily through them, communicating some sort of whispered wisdom from the eternal soul of the field gods.

Reaching the edge of my expanse of weedy companions, I let my feet drop lightly onto the woodchip-and-dirt trail which led to an area dense with trees, vines, invisibly scurrying critters. My shoes fell gently across the squishy sponge of mud and sparse patches of grass sprigs. I looked upon the Promised Land:  a shadowed smorgasbord of countless prodigies of vegetable, animal, and mineral alike. I pushed aside a yellowish mossy branch, which had slung itself strategically across the doorway to Paradise, poised as though denying me – a sinner – entrance to this world of purity.

Somewhere in the distance, a motor turned and growled its long, rusty rumble, cutting through the hot, now nearly still air in the closed, wooded alcove. The breezy symphony, having been passed ceremoniously from the dry grasses to the moist, clattering canopy of branches, was suddenly overpowered by the unrefined rattling of machinery. The deafening din rained in upon me, settling like a blasphemous insult. It fell at my feet in heavy black rings, piling in vast mounds like the sooty ash of a fallen city.

The familiar soreness of resentment rose inside of me as I cursed the noisy mechanisms of man for disturbing the precious sounds of nature. Quickening my pace to a swift trot, I jogged in the opposite direction of the noise, hoping to seek refuge in the sandy folds of the Bay.

Settling my body heavily on the hard-packed wet sand, I forced paralysis on my aching bones and waited. Eternities flashed before my eyes, but still the sound would not relent. Closing my eyes mournfully against the persistently offensive noise, I said a silent prayer for myself and all humans, directing it not to God or even the Universe, but to the wise, gentle world of the field, the trees, and the vital water that surrounded me.

Let us not overtake you, I pleaded. Wash over us and reclaim us into your possession. Melt our bodies to fit again into yours and take our places as tiny pores in your magnificent scheme of features. Hold us in your infinite wisdom and erase our smoldering, ashy marks from your sparkling, timeless surface. Silence our blasphemous, polluting noises and overtake us with your perfect sounds.

My mental flow of words came to an inadvertent halt and I lay there, wordless, spread out on my back like a grounded eagle, flying lifelessly in place. My eyes dissolved into the slippery blue span of Heaven, whose ever-changing face had the shiny impression of blueberry gelatin or freshly polished moonstone. My thoughts disintegrated promptly. With them, the devilish racket of the roughly growling motor faded imperceptibly, its rusty sound waves dwindling into the indiscernible distance.

As the noise disintegrated, I closed my eyes and body to the outside world and focused solely on myself and the ground beneath me. Doing so, I began to feel myself changing, leaving the single structured shape of my human body and becoming instead a liquid component, the rushing blood of my surroundings. My feet trickled into the muddy earth, melting toe-first in shimmering streaks and slicing into the earth like sharp rivers of ribbony liquid. I shot through the trails cut by my liquefying bones and raced at a twisted pace, like a wasp towards the sticky remains of an eagerly devoured honeycomb. My independence morphing into unity, I gave into the warm embrace of the Earth and followed my dissolving body parts into the heavy blackness, synthesizing with the wise, hollow density of the mud.

Bending through crimps and curves, I reached the bottom and melted into the glowing basin of daffodil honey, thick with the scents of sweet, lemony breath and the stubbly fuzz on butterfly wings. The shimmering pleasures of reality, the benign sweetness of life – here they were, and they were mine! No, not mine – they were me. They were me and I was them. And together, we were the Earth.

Sarah Swanson is a sixteen-year-old Baileys Harbor resident who spends her time writing, reading, and enjoying the beautiful surroundings of Door County.