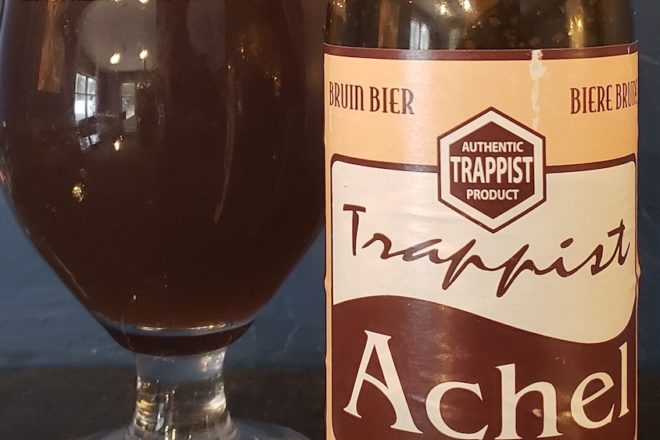 The Belgian monastic brewery Achel – pronounced “Ak-ill” – has recently lost its last monks and therefore must lose its certification, although they can continue to call their brews Trappist Achel – they lose the use of an official Trappist product logo. Now you may be wondering, “What do monks have to do with brewing?” In Belgium and Belgian beer history, a lot.

Monks have been brewing beer for centuries, as early as the eighth or ninth century in northern Europe, and specifically around Belgium. Monks brew for their own personal uses: Beer makes people happy and helps to build a community. Monasteries must be self-sufficient and give to, rather than take from, the community. Brewing also comes in handy here because many monasteries sell their brews locally and even internationally.

Even with monks’ long brewing history, the Trappist and abbey beers we find today are not original recipes. They are instead, like many beer styles, products of historical events and local tastes.

In 1797, the French Revolution reached Belgium and chased out the monks living there. Their monasteries and brewhouses were dismantled and destroyed in order to repurpose the copper, and many brewing records were lost.

When monasteries began to open up again in 1830, they did so with little information regarding previous brewing practices. During the next 60 years, brewing monasteries such as Westmalle, Chimay, Westvleteren, Rochefort – and our buddies at Achel – rebuilt and began selling again.

World War I brought another round of destruction, but afterward, these monasteries bounced back and began brewing with renewed zeal. During that time, many styles and breweries emerged, such as the well-known Trappist brewery Orval.

Growth continued through the 20th century and culminated in the creation of the “Trappist” appellation, an appellation being a name or title that has certain requirements for legal use.

The rules governing the Trappist appellation are that products carrying this label must be produced within the walls or vicinity of the monastery, with monks involved in the process. The business practices must also be in accordance with the monastery’s way of life. Some interpret this to mean that the monastery should produce only what it needs to support itself, or that more profit is always better because profits are primarily used to support the monastery and nearby and disadvantaged communities.

Breweries that brew in the Trappist style but do not qualify for the Trappist appellation are called abbey ales. There are currently 10 Trappist breweries internationally.

You may have noticed that I haven’t mentioned styles, and there’s a good reason for this. Belgian brewers do not conform to style requirements or guidelines, instead seeing themselves as artists. When international groups attempted to give names to their beers, they came up with comically vague names such as Belgian Strong Dark Ale or Belgian Strong Pale Ale.

The names for Trappist-style beers came from the most successful of these breweries: Westmalle. In order from lowest alcohol content to highest, its beers were called single, double (dubbel), triple (tripel) and quad. Trappist beers similar to Westmalle’s second-lightest are therefore called dubbels, and those similar to the third-lightest are called tripels.

Achel – formally known as Brouwerij der Sint-Benedictusabdij de Achelse Kluis – was founded in 1648, rebuilt in 1844 and certified as Trappist in 1998. Its easiest beers to find are the Blonde 8, a tripel style at 8 percent alcohol; and Bruin 8, a dubbel style that’s also at 8 percent. The monastery had been hunting for monks for many years, with the last two retiring during the last few months. Without these monks, the brewery can no longer call itself Trappist, but it will continue operation under the oversight of the Westmalle monastery.

In honor of this news, I picked up my favorite Trappist style by Achel (and also the only one I could find): the dubbel, or Bier Brune. Belgian dubbels are dark and malty, with loads of dark fruit and caramel notes and a substantial body. Dubbels were one of the first styles that got me really into beer because there’s very little bitterness and not too much sweetness, and the body is present but never heavy. I drank mine out of my simple chalice – the ideal glass for Trappist styles.