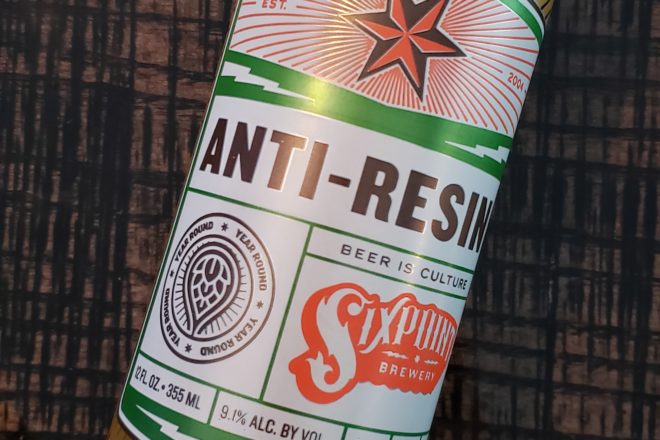 When talking about beer, one of the most common questions is about the “hoppiness” – or bitterness – of a beer.

When talking about beer, one of the most common questions I get is about the “hoppiness” – or bitterness – of a beer. This question comes both from hop heads who are looking for a bitter blast and from hop avoiders who want to focus on other flavors. Wherever you stand on the hoppiness issue, there’s one measure that people tend to focus on: IBUs or International Bitterness Units.

First off, what the heck is an IBU? An easy – but not exactly correct – answer is that IBUs are the measure of bitterness in a beer.

When making beer, the main step during which hops are added is called the boil. Boiling temperatures are needed to isomerize – or chemically transform – the alpha acids. If hops are added to the boil earlier, more alpha acids will be isomerized, and the beer will be more bitter, with a higher IBU. The opposite is true for later boil additions.

So IBUs are the measure of the hop alpha acids that were chemically transformed during the boil. And because brewers can choose when to add hops to the boil, they can calculate a beer’s IBU in advance.

I really got thinking about IBUs when I came across Sixpoint Brewery’s Anti-Resin, a double IPA that claims to have 0 IBUs. Double IPAs, by definition, have higher hop intensity (as well as alcohol and malt balance) than IPAs, so coming across one that claimed no IBUs totally threw me. Even in easy wheat ales or sour beers, there are trace amounts of IBUs.

To have no IBUs would mean that absolutely no hop additions were made during the boil. They could be added only at lower temperatures in the boil tun after flame-out, during fermentation for a dry hop, or even while conditioning. These are all commonly used methods, but they’re generally used as a bonus to the boil additions.

What struck me even more was all the hop flavor that this beer seemed to have, including bitterness. Flavor is connected to more than just taste buds: Smell, sight and even memories all factor into the flavor experience. The taste of the hop additions was so strong for me that my brain perceived bitterness because that was how I have experienced similar beers in the past.

In this way, beer is all about the experience that certain ingredients provide. Bitterness is a tool, but it isn’t the only thing to focus on, regardless of a beer’s style. A beer’s IBUs play such a small role that I, as a consumer, generally disregard them entirely.

The measure of bitterness means nothing without consideration for the balance. The most common balance is malts, which is why a double or triple IPA has a significantly maltier body than a pale ale or IPA. This is also one of the reasons why some IPAs taste more bitter than others, when they might have similar IBUs.

One of the things I love about IPAs in recent years is that you don’t have to destroy your palate every time you want to have a bitter balance. There are plenty of IPAs out there – Anti-Resin included – that give tons of hop flavors with an excellent balance.

After all this bitterness talk, I encourage you to ignore IBUs and ask instead about balance.