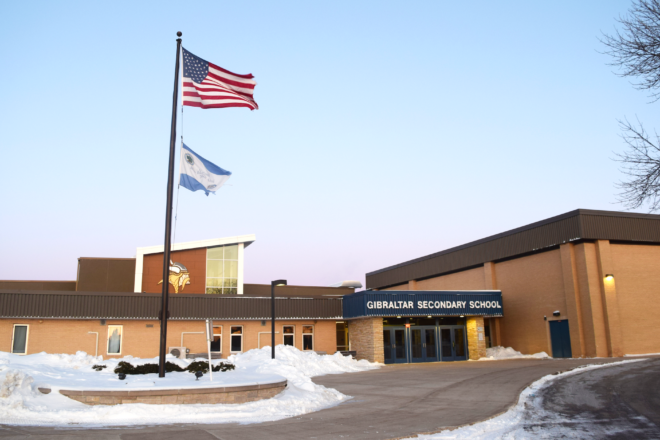 Van Meer reflects on her accomplishments in the post

After replacing two principals last spring and summer, the Gibraltar Area School District’s board will need to conduct a superintendent search in 2022.

“The past few years have been extremely challenging in the world of public education for everyone involved, especially superintendents,” Van Meer said. “It is a kind of exhaustion that can’t be fixed with sleep. I am looking forward to reentering the private sector, spending time with my family and enjoying a more private life.”

Gibraltar school board president Stephen Seyfer said the board’s Jan. 10 agenda will include discussion of the next steps in finding a new superintendent. The board can decide how to conduct a superintendent search, which may include requesting proposals from search firms. Seyfer said that approach helped the district successfully find Van Meer in 2011, when Seyfer himself was retiring from the position of superintendent.

Van Meer cited several accomplishments at Gibraltar, and actions for teachers topped that list. She said she helped implement the district’s first employee handbook and established new salary-advancement opportunities for educators shortly after her arrival that added $7,500 to salary bases for employees with graduate degrees; $7,500 for national board certification; and $5,000 for additional certifications.

She said she is leaving the district in a solid financial position, with three referenda worth $11.5 million passed during her tenure.

“The budget forecast for the district projects revenue over expenditures for at least the next four years,” Van Meer said.

She said the district implemented new curriculum models, collaborative problem-solving and leadership teams involving staff members, and an intervention model to provide extra support to students who were struggling or needed advanced learning.

The district has met or exceeded expectations on all state report cards since 2012, has remained among the top school districts in the state – including the top 5% among Wisconsin high schools – and was named a National Blue Ribbon School.

On her way out, Van Meer is collaborating with Northern Door Children’s Center to help the board establish a 4-year-old kindergarten pilot program during the next school year. While working in a previous job, she helped start another district’s 4K program.

“It has been a pleasure to work with dedicated, professional staff, a supportive board of education, engaged parents and families, and dedicated volunteers,” Van Meer stated in the resignation letter she submitted to the board. “Leadership is never about a single person; it is the result of the collective work of many, driven by a common purpose.

“It has been an honor and privilege to serve the students, staff and families of Gibraltar Area School District. I want to thank the board for supporting the professional development activities and continuous improvement efforts that have taken place during my tenure. It is my sincere hope that you will continue to support the quality work that is being done on behalf of the students and staff of Gibraltar Area School District.”