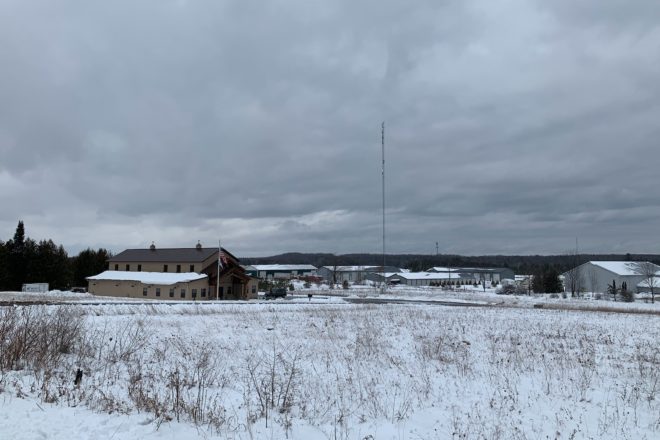 A sense of urgency has come to Door County’s rural townships in the struggle to secure quality internet service.

The towns of Jacksonport, Egg Harbor, Baileys Harbor, Nasewaupee and Liberty Grove have all signed on in support of grant applications for Door County Broadband (DCB) to build new towers in the county.

Jacksonport, Egg Harbor and Liberty Grove each pledged $75,000 to match funds put up by DCB in hopes of getting a $150,000 federal matching grant. Nasewaupee put up $40,000; the County of Door contributed $20,000; and Northeast Wisconsin Technical College has pledged $5,000. Baileys Harbor has offered land for towers.

The grants are not a sure thing, but if DCB were to win all of them, it would allow the company to build at least four new towers during a two-year span that would strengthen the backbone of its line-of-sight service to many of the county’s rural areas.

For residents on Clark Lake, the improvements can’t come soon enough. The Federal Communications Commission recently notified about 80 customers around the lake that it has instructed DCB to decommission the tower that serves them because it is no longer up to code.

Bob Kufrin, who is affected by this development, said he’s scrambling to find a replacement service for when the tower shuts down April 17.

“There’s Frontier, and there’s satellite internet, but those don’t compare to the service we have now,” he said. “You can use it for email, but if you do any kind of streaming, the latency is terrible.”

Those Clark Lake residents might be able to get service if DCB is able to build a new tower in Jacksonport, but that wouldn’t be done until at least August.

Kevin Voss, CEO of Door County Broadband, said the climate around broadband expansion has changed dramatically during the last two years – something he credits to County Administrator Ken Pabich.

“Ken telling county supervisors that broadband is critical in making a difference has been a game changer,” Voss said.

Pabich said that support started to swell after a county retreat two years ago when expanding internet service was identified as one of the major initiatives the board wanted to address.

“When Jim Schuessler came on at Door County Economic Development [Corporation], we began a more collaborative effort to move it forward with the private and the public side,” Pabich said. “From our standpoint, it’s multifaceted. It’s definitely related to economic sustainability in the county. We hear from people who want to stay longer or work from here. Our schools need it for their students at home. And just having that reliable service – it’s becoming more of a standard utility like electricity and water.”

“People expect to have it,” he said. “Not having [high-quality internet service] may not show up in an assessment, but when it’s time to sell, [the house] won’t move as quickly, or it will sell for less.”

Nasewaupee Town Chair Steve Sullivan recognized the imperative of better internet quality at home on the farm, whether it was searching out information or providing service to summer employees.

“When we started expanding from livestock into produce, to find information, you’d have to go to a magazine,” he said. “Now any information around the world is right at your [fingertips]. We get employees from overseas – usually ag and engineering students – who work on our farm, and they’re on their phones and computers. It’s important for the community, whether you’re trying to rent your property [or not]. Businesses need it. It’s become a necessity, not a luxury.”

Voss and Kufrin blame the county’s restrictive tower ordinance for slowing the expansion of broadband service.

“The Door County zoning code effectively excludes towers like the ones Door County Broadband uses,” said Kufrin, former Sister Bay village administrator. “It effectively treats any tower the same, whether it’s 300 feet tall or 30 feet. The county is not making it easy on small, local providers.”

Voss said the ordinance doesn’t match what the county intended to do with the restrictions.

“For example,” Voss said, “a personal tower is exempt from setbacks and fall-zone requirements, so you can put up a 100-foot tower to serve your house. But one month later, if your neighbor asks to get a signal off that tower, according to the county ordinance, the answer is no. Now it doesn’t meet setbacks and codes. So your neighbor has to put up the same tower. The county’s intent was not to turn Door County into a porcupine by passing this ordinance.”

Those restrictions are why the towns of Nasewaupee, Egg Harbor, Jacksonport, Liberty Grove and Baileys Harbor have opted out of the county ordinance. Pabich said a work group is finalizing a draft of an updated ordinance that would ease setbacks for towers and clarify engineering and certification requirements.

Voss said that if the grants come through, they would build four towers of 160 to 190 feet. By the end of next year, the company will complete a revamp of all of its technology, enabling it to offer higher-quality internet service throughout its service area.

The towers would likely be built during a period of two years, depending on the availability of contractors. When completed,Voss said the towers would expand service to “many hundreds more homes.”