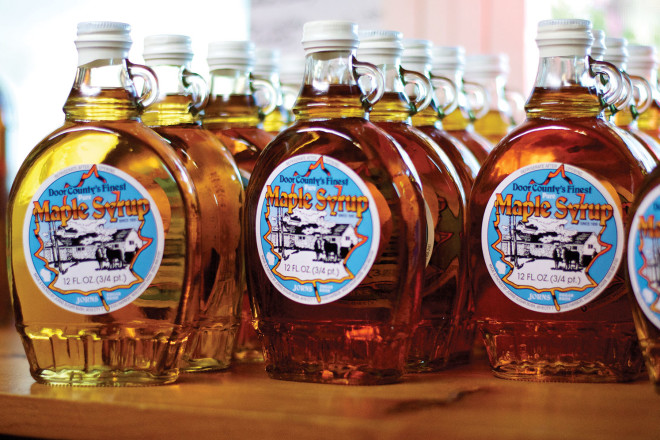 Schools today would call it a work-study program, but when Roland Jorns was at Gibraltar High School there wasn’t a name for the kindness of Principal J.C. Langemak who let his student leave at noon during the maple sap run to tend to his trees.

“He was like a second father to me,” said Jorns, now 83, of his principal. Jorns’ father Ferdinand had given him “around 150 wooden maple syrup pails and spiles from grandfather and said, ‘This is for you. See what you can do with it,’” he recalled. 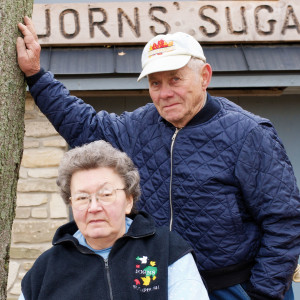 The fall of his sophomore year Jorns built his own camp on the 40 acres to the east of the family homestead, and when the sap was ready to flow, “I tapped around a thousand trees and went to school…Had it not been for a faithful classmate and a wonderful school principal,” Jorns said, “I’m not sure I would have survived that year!”

The roots of the Jorns family are as deep in Door County history as are the roots of the maple trees that grow in the lawn around the house that Roland Jorns helped build with his own hands. And, the history of his family is as colorful as the leaves on those trees in autumn, documented in the photos that his wife Donna might show you when you walk into the Jorns’ Sugar Bush retail store.

Grandfather Ferdinand Jorns arrived in Door County in 1857, according to Roland Jorns’ account of his family in the book Celebrating Egg Harbor:  1861-2011. A son of August Jorns, a shipbuilder in Hamburg, Germany, Ferdinand sailed the world, eventually arriving on the Door Peninsula where he purchased 40 acres of uncultivated land in Baileys Harbor. After farming a few years he sold his property and moved to Chicago, where he made enough money to return to Door County and purchase 240 acres in the Town of Egg Harbor.

He married Dora Dow, also of Germany, and fathered 12 children, the youngest named Ferdinand, Jr., but he felt an urge to return to the sea, sailing as Captain Harry Jones (family records reveal no explanation for his assumed sailing name) on his schooner the Jones Elizabeth that was named after his mother.

His nautical career ended when he returned home, his cargo was stolen, and he was beaten by a mob of local ruffians; the following spring of 1896 he died. 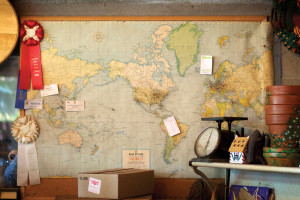 Ferdinand, Jr., was three at the time and grew up to marry Olga Schnick and fathered six children; the youngest son Roland stayed on the farm. His father suffered a debilitating farming accident that “put him out of commission for several years. He did not want the maple syrup making to stop,” Roland recalled, “so as an incentive to me he had one of the Lameres build a four-by-eight-foot arch for boiling maple sap [and] the local blacksmith build a four-by-eight-foot pan with three dividers and a draw-off to boil in.

“I was only nine or ten years old at the time,” he recalled. “You can’t imagine how I felt – a father putting so much trust and faith in a kid that young. I ran that first camp until I was a sophomore in high school.”

The History of Maple Syrup

Maple syrup is an indigenous food in this country, as Native Americans tapped trees before recorded history. Waiting until early spring when the temperature rises above freezing during the day and drops below at night, they gauged the side of a maple with a stone axe and inserted a spout made from a flexible piece of bark, collecting sap in a container. They then either dropped hot stones in the sap to evaporate the water or allowed the liquid to freeze, removing the resultant chunk of ice from the concentrated syrup. 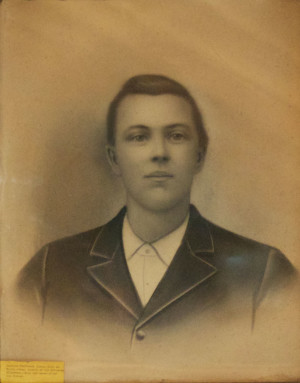 Traditionally, European settlers have tapped trees by drilling holes in them with a brace and bit and inserting spigots made from wood. And while it’s not the system he uses now, Jorns has made primitive spiles from white cedar and explains the process:  cut a five-inch piece of cedar log; split it into one-inch square pieces; drill a center hole through the length of each; whittle a taper at one end and cut a “V” at the other for the spout.

Sap was collected in wooden buckets and hauled in milk cans on horse drawn stone-boats or wagons to the camp where it was boiled in huge cast iron kettles over wood fires. (Visitors to the Jorns’ Sugar Bush can see one of Grandfather Jorns’ kettles.) Syrup makers judged the proper consistency of their product by checking the thickened liquid drip from a spoon.

Technology has made the process of collecting sap and reducing the water content for syrup more efficient, but some of the steps remain constant, such as waiting for appropriate spring temperatures that cause the sap to flow from the roots of the tree up into the trunk and branches. Generally, in the middle of March daytime thaws and nighttime freezes trigger the flow, but the dates vary from year to year, as do the number of consecutive days of sap flow, which range from three to 30 days, although 16 is average.

During that flow, Jorns does not go to bed until he has processed the day’s collection of sap, sometimes not turning in until the wee hours of the morning. The syrup-making process includes the following steps: 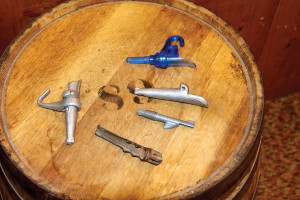 The Jorns’ Sugar Bush retail store, managed by Roland’s wife Donna, is open year round to customers, offering not only maple syrup but other related products. Some of the syrup is wholesaled, some sold to local restaurants, and some to mail order customers.

“I make it,” Jorns laughed, “and she sells it! Donna keeps busy. Every day I take a couple of packages to the UPS.”

Mail orders come from everywhere, on occasion even from Quebec and Vermont, both maple syrup capitals, and sometimes from as far away as Europe.

Donna Jorns received a series of orders from a number of people all living in a small town in Tennessee. She was curious about the coincidence and, when she inquired, found that an article about Jorns’ Sugar Bush had appeared in the local paper. 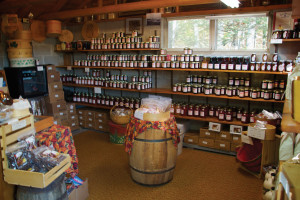 While Jorns’ syrup travels great distances, so do some of the celebrities who visit the sugar bush in Egg Harbor. In 2011, both Alice in Dairyland and the Maple Queen helped observe the first tree tapping. Past Governor Tommy Thompson visited one year, and international guests include an ambassador from China and a representative of Mikhail Gorbachev who extended an invitation for Jorns to come to Russia and explain syrup making. (Jorns declined because of his fear of flying.)

The Future of Jorns’ Sugar Bush

“I’m still plugging along!” Roland Jorns said. “What else would I do? I don’t want to sit in a rocking chair!”

His oldest son Steve has retired from the business, but his daughter Terry and son Stuart are still involved, along with the eight or so workers he hires for each season.

Jorns has been active in maple syrup production organizations, serving as president of the Wisconsin Maple Syrup Producers Association, a delegate to the National Maple Syrup Association, and a participant on an international council. He has also been field editor of the Maple Digest magazine. 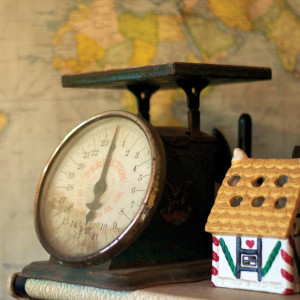 The business has been featured in publications, including Country Today magazine, and in a video on public access television; and, his maple syrup does well in competitions.

“I’ve won quite a few grand prizes,” Jorns noted. The secret is the light-colored syrup he produces. “If it’s made light,” he said, “it’s made right!”

The Jorns’ Sugar Bush retail store is located at 4518 County T just east of Egg Harbor and is open daily from 9:00 am to 5:00 pm (or as long as a light is on). For additional information visit www.jornssugarbush.com. 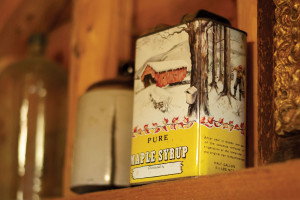 In 1972 at age 24 Andy Coulson purchased the White Gull Inn in Fish Creek. During his first years as an owner he drove his 1956 Ford pickup truck to Jorns’ Sugar Bush to purchase maple syrup for his restaurant. He learned that Roland Jorns’ high school principal James Langemak bought maple syrup from young Roland for the Sunset Beach Lodge that he ran during the summer. Coincidentally, that resort later became the White Gull Inn, which still features Jorns’ Sugar Bush maple syrup, maintaining a menu tradition for over 65 years.

Making maple syrup at home as a family project does not require sophisticated equipment. Locate a hardwood maple tree that you may use, purchase inexpensive spiles (locally Nelson’s Hardware carries them), and get a plastic bucket to collect the sap. Drill an appropriately sized hole in the tree, tap in the spile, hang the uncovered pail, and you are in business. Boil the sap in a stockpot on your kitchen stovetop or outside on a gas grill, remembering that the reduction is approximately 40-to-1, but relying mostly on the taste of your product. 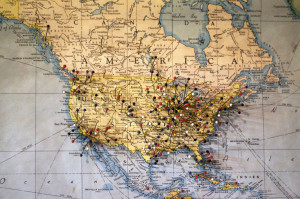 Donna uses maple syrup rather than brown sugar as a sweetener for cooked carrots and squash, and to make a glaze for baked ham. She also prepares uncooked breakfast sausage links; after following the package instructions to cook them, she then turns the heat to low and pours a maple syrup glaze over the sausages.

Maple syrup may be used as a unique sweetener in many recipes, such as: 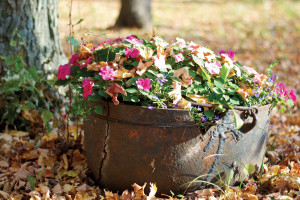 Purchase an unbaked pie crust or prepare a pie pastry from your favorite recipe. In a mixing bowl beat eggs lightly with a fork until combined. Stir in maple syrup. Pour mixture into pastry-lined pie pan. Float pecans on top. Bake at 350° for 45 to 50 minutes or until a knife inserted near the center comes out clean. Cool on a wire rack and chill to store.

(Note:  Donna arranges a combination of pecan halves and pieces to allow slicing spaces to avoid cutting the pecans when the pie is served.)