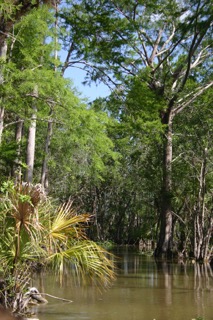 Take a film trek to some of America’s most spectacular and beautiful places in “America’s Parklands I,” the fifth travelogue program in Kiwanis & Rotary of Door County North Clubs’ 2015-16 season, on March 18.

Presented live by award-winning veteran filmmaker and cinematographer Gray Warriner, the audience will be transported from one National Park gem to another, starting with a trip to Alaska and the state’s jewel, Denali. Hike the wild beaches and moss-festooned rainforests of Olympic National Park in Washington and discover the secret life of sea otters along California’s coast before exploring the spectacular beauty of Lake Powell, where water, stone and sky meet.

Warriner is an independent producer of documentaries and travelogues. He has worked as a cameraman, director and producer, and has won more than 100 national and international awards for film excellence (including Eastman Kodak’s award for best film). He has 35 years of experience as a professional filmmaker and has been an instructor of cinematography at the University of Washington. For the past 30 years he has headed up Camera One, a Seattle-based production company specializing in educational and adventure/travel films.

Showtime is 7:30 pm at the First Baptist Church of Sister Bay. Tickets may be purchased at the door. Admission price is $7. Children under 18 are admitted free. Refreshments will be available during intermission. For more information, contact Gary at 920.854.4825 or Larry at 920.839.9419. Travelogue’s season finale is April 15 with a film exploration to The Amazon.