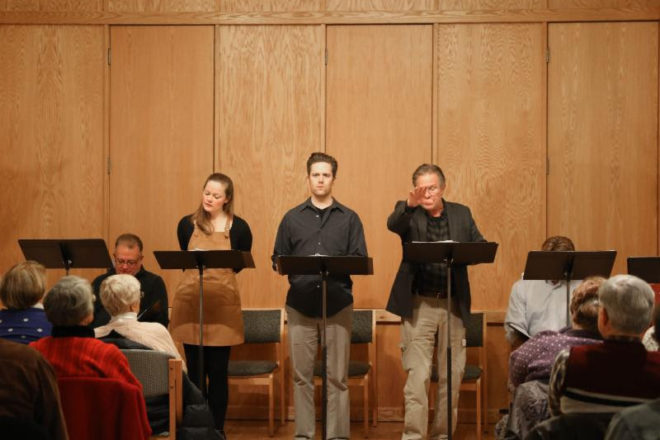 On March 4, Peninsula Players Theatre presented a reading of Tales of Men and Ghosts – three stories by Edith Wharton that were adapted by Steve Pickering – to a capacity crowd at Björklunden as part of the Players’ winter program, The Play’s the Thing.

“It was thrilling to hear audible reactions from the audience to this new work of classic ghost tales,” said Managing Director Brian Kelsey. “The genre of ghost stories is not often explored on stage, and Peninsula Players is thrilled to help bring this work to the larger theatrical landscape.”

The final offering in the 2019 The Play’s the Thing series will be The Gentleman Thief, formerly named Love, the Cracksman. This new, fast-paced comedy by Mark Brown will be read on April 1, 7 pm, at Björklunden.