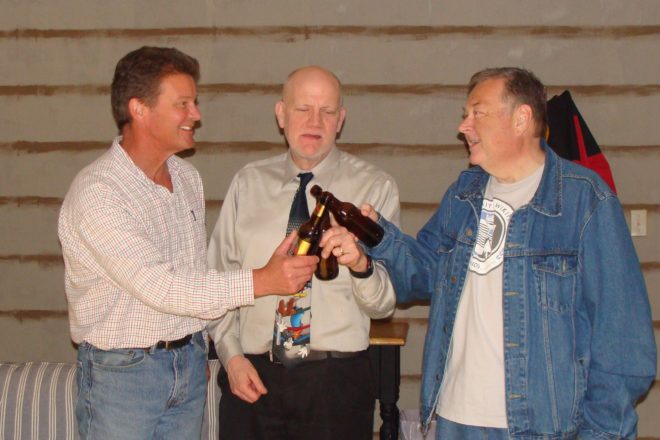 Rogue Theater opens their 2018 season with the comedy Beer for Breakfast by Sean Grennan.

In the play, a group of middle-aged buddies reunite for a “guys weekend” in a snowed-in cabin to eat chili, drink beer, and relive the good old days. Despite divorce, unemployment and a stroke, spirits are high until Jessie, the wife of absent friend Adrian, shows up in his place.

An epic battle of wits and stamina ensues: will the men win their right to and all-out guy fest, or will women be crowned the stronger sex after all?

Grennan will attend the June 2 performance of Beer for Breakfast and hold a talkback conversation after the show.

The cast, directed by Richard Carlson, includes Stuart Champeau, Vance Toivonen, Dan Sallinen and Lola DeVillers. Beer for Breakfast will be performed May 24-June 3 at 7:30 pm Thursday, Friday and Saturday and at 2 pm Sunday.

Tickets are $15. All shows are held at Rogue Theater, 340 Jaycee Ct. in Sturgeon Bay. For more information and to buy tickets call 920.818.0816 or visit facebook.com/roguetheater.