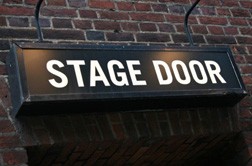 The Third Avenue Playhouse (TAP) in Sturgeon Bay announced their 2012 summer and fall season, which runs from June 21 to Oct. 14.

The Stage Door Theatre, the new 99-seat black box theatre, will run four plays throughout the summer and early fall on Sunday and Friday nights and occasional afternoon performance. Productions include The Subject Was Roses, Souvenir, Shirley Valentine, and Almost, Maine.

On selected Saturday nights and Sunday afternoons the TAP will present concerts and special events. Saturday mornings and afternoons the theatre will host theatre classes for students of all ages.

Concerts scheduled include Michael Johnson, The Music of the Carpenters, Four Guyz in Dinner Jackets, Vespus Marimba Band, and Ronny Cox, star of Deliverance. Cox will also host a special screening of the 1972 film.

Ticket prices vary for each event and are on sale at the theater box office, 239 N. Third Avenue, Sturgeon Bay, 920.743.1760, Monday through Friday from 10 am – 3 pm and also one hour prior to the performance. Tickets are also available at Dancing Bear, Java on Jefferson and online at http://www.thirdavenueplayhouse.com.