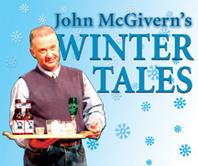 Third Avenue Playhouse (TAP) will continue its holiday series with the upcoming performances of The Best Christmas Pageant Ever and Winter Tales the first two weekends in December.

Directed by Bill Bauernfeind, The Best Christmas Pageant Ever is a presentation of For Kids By Kids, TAP’s children’s theater arts program. Performances are scheduled for Thursday, Friday and Saturday, December 3, 4 and 5 at 7:30 pm and Sunday, December 6 at 2 pm.

First written as a short story for McCall’s Magazine, The Best Christmas Pageant Ever rapidly became a holiday classic. Barbara Robinson’s hilarious Christmas tale follows the struggles of a couple trying to put on a church Christmas pageant and faced with casting the most inventively awful kids in history.

Tickets for The Best Christmas Pageant Ever are $7 for adults, $5 for children under 12. 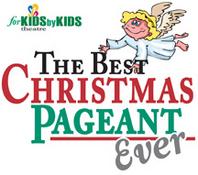 The following weekend, actor, comedian and master storyteller John McGivern brings his popular one-man show, Winter Tales, for its Door County premiere when he performs at TAP on December 11 – 13. Friday and Saturday performances begin at 7:30 pm, and there is a Sunday matinee at 2 pm.

At once hilarious and heartwarming, McGivern’s stories about family and friends are told with sincerity, compassion, and humor. One of six children born to an Irish Catholic working class family in Milwaukee, his topics include parents, nuns, school, and being the one who could never throw a ball! His warmth and candor, along with his remarkable talent for storytelling, have won him a legion of devoted fans with newcomers quick to join the ranks.

McGivern’s stage credits are numerous and his first one-man show, Midwest Side Story, opened to rave reviews and won numerous awards. In Winter Tales, McGivern relates his childhood experiences with exuberance and interacts with his audience throughout the show as if he’s hosting a party just for them. As each anecdote brings another relative to life, one cannot help but recognize a crazy aunt, dashing uncle or doting grandmother of one’s own. There will be a talk-back after each show.

Tickets for John McGivern’s Winter Tales are $15 for adults and $12 for seniors and students.

Tickets for both of these performances are on sale at the theater box office, 239 N. Third Avenue, Sturgeon Bay, 920.743.1760. Box-office hours are 10 am – 3 pm, Monday – Friday, and one hour prior to performances. Tickets are also available at Dancing Bear, 13 N. Third Avenue and online at http://www.ThirdAvenuePlayhouse.com.