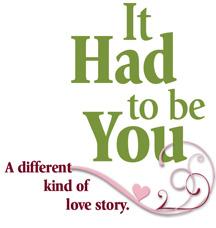 In Third Avenue Playhouse’s production of It Had to Be You, Anne St. Henry will play Theda Blau, the wacky would-be actress and playwright with a personality the size of the Gulf Stream and energy to match. Stuart Champeau will play Vito Pignoli, the reluctant object of Theda’s affections. The play will run April 28 – May 1 and May 5 – 8. Thursday, Friday and Saturday performances will begin at 7:30 pm. Sunday matinees will begin at 2 pm.

A comedy classic, It Had to Be You will show that the path of true love never does run smooth. Husband and wife showbiz team Joseph Bologna and Renee Taylor based the play loosely on their own romance. The duo debuted the play in 1981. It was turned into a film eight years later, and has been performed by actors of varying ages for the last quarter-century.

“This is a very different kind of love story,” said Director Renee Kujawski, who last directed St. Henry and Champeau when they played the young newlyweds in Neil Simon’s Barefoot in the Park.