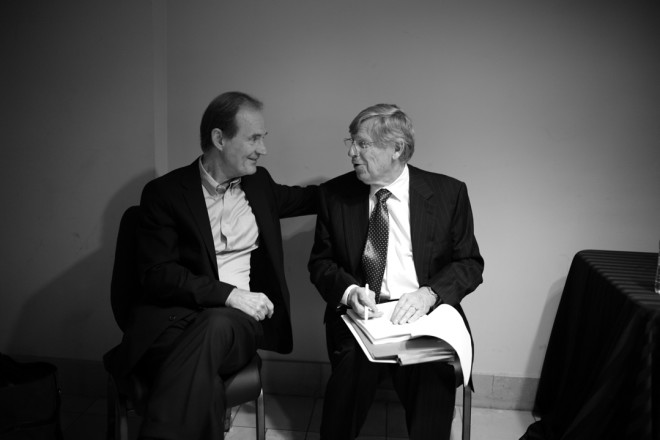 Photo courtesy of the American Foundation for Equal Rights.

Theodore “Ted” Olson spends most of his time in Washington, D.C., where the 73 year-old attorney has earned a reputation as one of the top appellate lawyers in the country. He has argued more than 60 cases before the United States Supreme Court, including some of the most influential cases of the last two decades. In 2000 he argued and won Bush v. Gore, the case that ultimately decided the presidential election. In 2010 he won the polarizing Citizens United case that lifted many restrictions on corporate spending in elections. And in 2013 he won the Proposition 8 case that legalized same-sex marriage in California.

Yet even in the most powerful corridors of the capital, Olson said his mind often returns to Door County, where his parents were raised and where he goes to get away.

“The minute I leave Door County is when I start thinking about when I’m going to get back there,” he said via phone from his office in Washington D.C.

The peninsula provides Olson an opportunity to see how the laws and legal battles of the capital trickle down to impact the lives of people in small-town America.

“There’s a lot of self-importance here in Washington, a disconnect from reality,” Olson said. “ 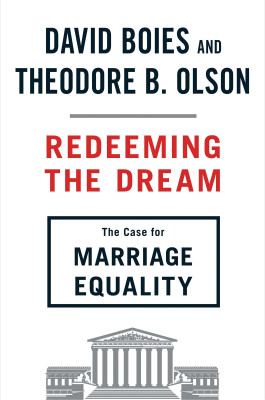 All of us in Washington would do well to spend a lot of time in the Midwest. As I worked on the [Proposition 8] case, I thought often about the gay and lesbian couples I know in Door County. This litigation is about them. If we can help make them more secure in their relationships, if they don’t have to call their love something else or less than, then we’ve done something truly important.”

This summer Olson released a book about the Proposition 8 case, Redeeming the Dream:  The Case for Marriage Equality, written with his co-counsel David Boies, his opponent in Bush v. Gore. The pairing made national headlines, as Boies is one of the nation’s leading liberal attorneys, while Olson is a conservative icon once considered for a Supreme Court nomination by George W. Bush. The trial is also the subject of an HBO documentary, The Case Against 8, released earlier this year.

A few days after the Supreme Court in September paved the way for same-sex marriage in Wisconsin by choosing not to hear state challenges to pro-gay marriage rulings from lower courts, I caught up with Olson to talk about the book and the case he calls the most important of his career.

Myles Dannhausen (MD):  What compelled you and Mr. Boies to write a book detailing all the considerations and legal maneuvers that went into the Proposition 8 case?

Theodore Olson (TO):  Firstly, David and I both felt that we wanted to continue to talk to the American people about the rights of gay and lesbian citizens and the importance of equality and liberty. It’s important to try to address anyone who will listen to us.

Finally, this was a case where former opponents were able to come together, where we felt we could have an impact on so many persons’ lives. It was a deeply emotional experience because we got to know Sandy, Kris, Paul and Jeff [the plaintiffs in the Proposition 8 case, Sandy Stier and wife Kris Perry, and Paul Katami and husband Jeff Zarrillo] on a personal level and came to have so much affection for them. We got an idea of the emotional turmoil of their lives that was caused by discrimination. We wanted to get all of this down while it was still fresh in our minds because we both felt that this was perhaps the most important case of our careers. 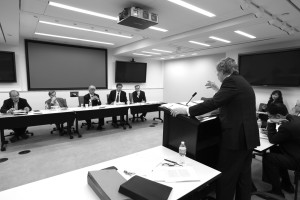 ayed the importance of this case, its two straight, star attorneys, and its role in moving same-sex marriage forward in what has been a decades-long fight. What is your response to that, and what role, ultimately, do you think the Proposition 8 case played in the fight for same-sex marriage?

TO:  We felt that all we were doing was making a contribution to the momentum developing all across the country. We never felt we were alone or that we were pioneers, but we did think that because of our notoriety we could bring attention to this issue that other people might not do. We felt with our expertise, and our ability to generate interest and publicity, that we were the right people to take this step.

There has been enormous change as a result of all the cases and activism – today 65 percent of Americans live in states that permit same-sex marriage – and we’re a part of that. Some people wanted us to write the book about the history of gay rights in the United States, and that would be a great book. We tried to explain a little bit, but the only thing we could do was write about our case.

MD:  You recount the scene, early in the trial, in which Judge Vaughn Walker asks defense attorney Charles Cooper how same-sex marriage would harm opposite-sex marriages. Cooper answers, “Your honor my answer is, I don’t know.” It is the first of many scenes in which the defense’s case appears incredibly weak. Did that surprise you? 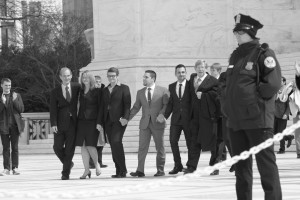 You would have thought there would have at least been a more sophisticated response. At the end of the day, there is none. Granting same-sex partners the right to marry does immeasurable good to thousands upon thousands of citizens, and it does no harm to heterosexual marriage whatsoever, and that’s the reason judge after judge has decided it’s simply not the right thing to do to discriminate.

MD:  You also discuss the importance of oratory, cadence, and choosing the right words when going before the Supreme Court. Why is that so important in a legal fight?

With the first words out of my mouth I wanted to speak to the judges and focus on the prism through which they would see this case and attract the most sympathetic response, and you have to do that before eight of the nine justices cut you off with their questions [Justice Clarence Thomas has not asked a question during oral arguments in more than eight years].

MD: Ten years ago the fight for same-sex marriage suffered what appeared to be devastating blows, but today states are reversing course rapidly. Did the 2004 push for constitutional amendments banning gay marriage in Wisconsin and many other states ultimately serve to galvanize support for same-sex marriage?

TO: I do think that by putting this in constitutions, it forced people to pay attention and think about something they hadn’t even been seriously considering. By putting it in constitutions and saying that your relationship and your children need to be called something else, it made people wonder, “Why are we doing this?”

You think of your neighbor down the street, and you want them to be happy. There’s not a reason I can think of to say a gay or lesbian individual cannot be in a happy, respected relationship.

MD:  In the trial and in the book, you address those who question why gay and lesbian couples can’t be satisfied with civil unions or domestic partnerships. You write that “The word matters, just as the word citizenship matters.” Explain that.

TO:  I struggled throughout this 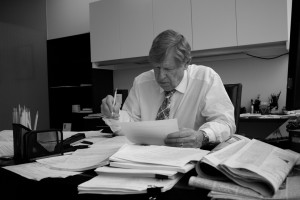 case to find a metaphor that I thought people would understand, and citizen was what I came to. Asking gay and lesbian couples to call their bond something else is like giving someone all the legal rights and responsibilities of citizenship, but calling it something different.

If you were saying “why won’t you be satisfied with a civil union?” the answer is to turn around, look in the mirror, and ask, “well isn’t ‘marriage’ important to you?”

Would you celebrate a domestic partnership with flowers, and a ceremony? Would you invite all of your friends and loved ones to celebrate with you as you would a marriage?

Marriage is an institution valued throughout our society. When you take that away you’re saying that what you have is something less, that you are something less. That has an impact on you, your relationship, your family, and your children.

That is discrimination, and that is not okay.

This interview has been condensed and edited for space.

Photography courtesy of the American Foundation for Equal Rights.